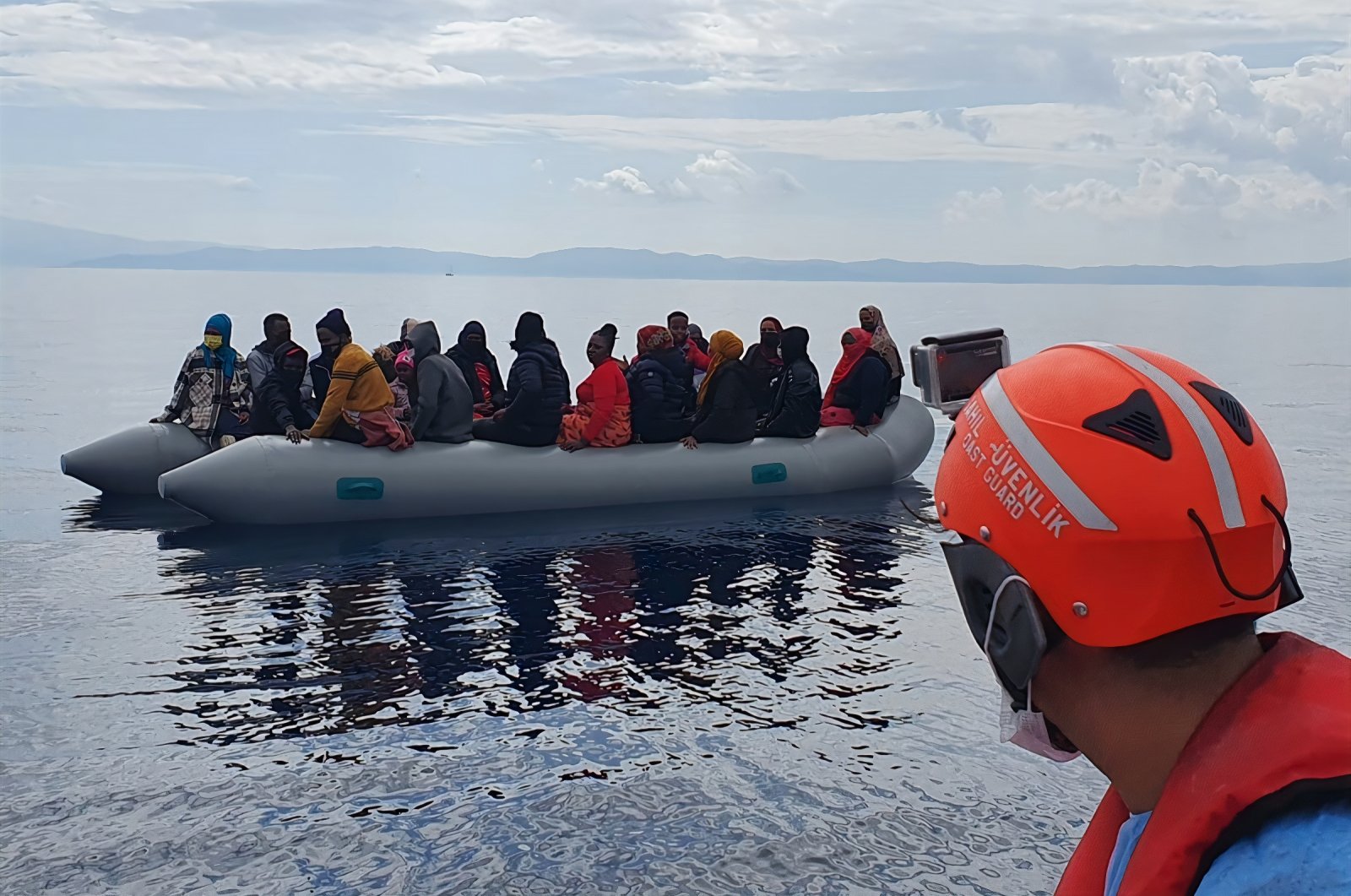 The Turkish coast guard rescued Monday a total of 313 irregular migrants that had been pushed back by Greece in the Aegean Sea.

The naval force, in the meantime, rescued 213 asylum-seekers near Aydın, Dikili, Foça, Menderes, Çeşme, Urla and Seferihisar districts in Izmir.

Separately, a coast guard team in the seaside town of Marmaris, Muğla in southwestern Turkey, rescued at least 75 asylum-seekers from a rubber boat.

A team was also dispatched off the coast of Bodrum in Muğla province upon receiving information that 25 asylum-seekers were stranded on a lifeboat.

Turkey's five Aegean provinces – Çanakkale, Balıkesir, Izmir, Muğla and Aydın – are key spots for refugees to leave Turkey for the EU, with Greek islands lying within sight of the Turkish coast.

Pushbacks are considered contrary to international refugee protection agreements that dictate that people should not be expelled or returned to a country where their life and safety might be in danger due to their race, religion, nationality, or membership in a social or political group.

“I will not accept that Greece (does) not do investigations on this," she said. "We have to protect our external borders, but we also have to protect our values, the rule of law and fundamental rights. And this is absolutely possible to do together."

"We are ready ... and we are further increasing (security) forces by hiring 250 new border guards to support the Greek police," Citizens' Protection Minister Takis Theodorikakos said during a visit to the border area of Kastanies, according to a ministry statement.

Greece has invested in a new anti-migration arsenal, including cameras, radar and a 40-kilometer (25-mile) steel fence over 5 meters (16 feet) high, to cover part of the 200-kilometer border region crossed by the Maritsa (Meriç) River.

The Greek civil aviation authority on Saturday also said a tethered balloon known as an aerostat, equipped with a long-range thermal camera, had been deployed at the Alexandroupolis airport since August to assist border surveillance.