US voices doubt over EastMed pipeline amid competing claims in sea 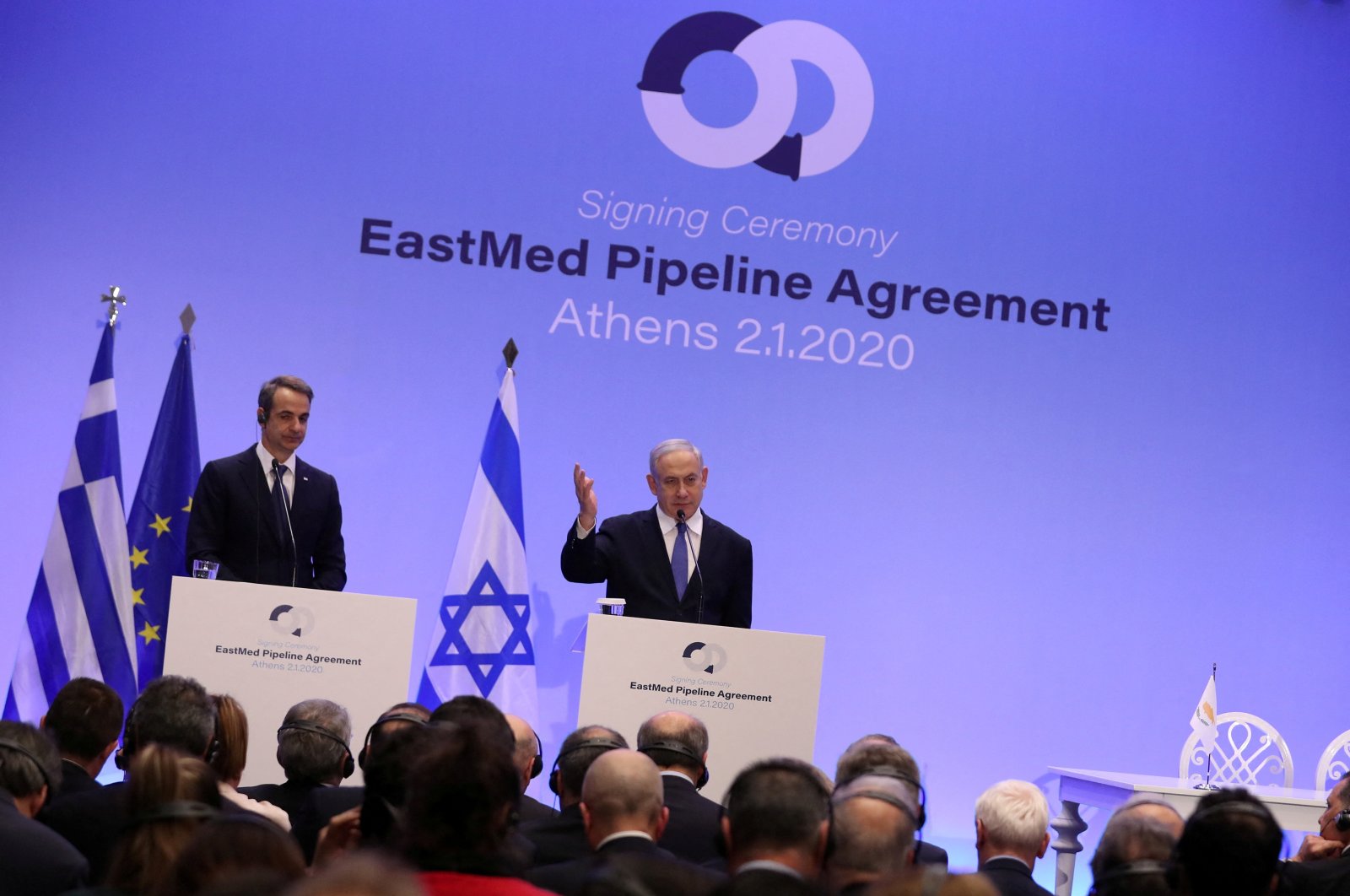 The United States voiced its concerns over the planned subsea pipeline to provide natural gas from the Eastern Mediterranean to Europe, a project strongly opposed by Turkey, Greek sources said.

It displays an apparent U-turn over a project supported by the Trump administration.

Washington let its concerns be known recently, in a note sent to Greece, another source told Reuters.

Greece, the Greek Cypriot administration and Israel have approved an agreement for the EastMed pipeline, which has been in the planning stage for several years. The countries had aimed to reach a final investment decision this year and have the 6 billion euro ($6.82 billion) scheme completed by 2025 to help Europe diversify its energy resources.

"The American side expressed to the Greek side reservations as to the rationale of the EastMed pipeline, (and) raised issues of its economic viability and environmental (issues)," one source said.

Reports of the U.S. having reservations over the pipeline were published in Greek media.

They stand in contrast to comments as recently as December 2020 by then-U.S. Energy Secretary Dan Brouillette that the U.S. would continue to work with interested parties to "ensure that the infrastructure will be developed."

Greece, the official said, had taken note of Washington's views. "The Greek side highlighted that this project has been declared a 'special project' by the European Union and any decision on its viability will logically have an economic impact," the official said.

Touted as an alternative to help ease Europe's dependence on Russian gas, the 1,900-kilometer (1,180-mile) project is expected to initially carry 10 billion cubic meters (bcm) of gas a year to Europe.

The U.S., the official said, believed priority should be given to interconnecting the electricity grids of countries in the region.

In October, Greek and Greek Cypriot administration vessels in the Eastern Mediterranean caused renewed tensions with Turkey. The research vessel Nautical Geo was sounding out whether and where a pipeline could be built on the seabed through which natural gas from Israel and Greek Cypriot administration could be piped to Crete and from there to central Europe. The Turkish Naval Forces Command pushed the research vessel back which violated Turkey’s continental shelf, Defense Ministry sources said, while the Foreign Ministry had described these explorations as "provocative activities" that endangered peace and stability in the Eastern Mediterranean. Ankara announced that it would take all "necessary steps on the ground" to stop this.

Turkey’s view is that any project that aims to sideline the rights of Turkey and the Turkish Republic of Northern Cyprus (TRNC) in the Eastern Mediterranean will be unsuccessful.

Greece has often been embroiled in tensions with neighboring Turkey over a range of issues, from competing claims over hydrocarbon resources in the Aegean Sea to the demilitarization of islands. Greece's burgeoning arms program is designed to counter Turkish rights in the Eastern Mediterranean, against which France is among the few EU states to have offered public support in past months.

Turkey, which has the longest continental coastline in the Eastern Mediterranean, has rejected maritime boundary claims made by EU members Greece and the Greek Cypriot administration, stressing that these excessive claims violate the sovereign rights of both Turkey and the Turkish Cyprus. Both sides cite a range of decadeslong treaties and international agreements to support their conflicting territorial claims.

‘US holds out on weapons’

Meanwhile, a Greek minister said that the U.S.' reluctance to give Greece modern arms and weapons systems is pushing Athens to turn to France.

Athens has been working to strengthen ties with Paris to access the weapons that it has been unable to procure from Washington, Angelos Syrigos, the Greek deputy education minister said in a recent radio interview.

"The U.S. has traditionally observed a balance of power between Turkey and Greece," said Syrigos, who is also a scholar of international relations and Turkish-Greek ties.

Turkey has repeatedly warned Greece against an arms race, offering instead to resolve all outstanding issues, including in the Aegean, the Eastern Mediterranean and the island of Cyprus, through dialogue.

Athens is now aiming to acquire the French alternatives for these systems – the Aster-30 and Meteor missiles – and its deal with Paris last year for three FDI class frigates and 24 Rafale fighter jets was part of this effort, he explained.

The announcement of boosting military ties with France comes after Defense Minister Hulusi Akar stated that a couple of secondhand French Rafale jets will not change the power balance in the region.