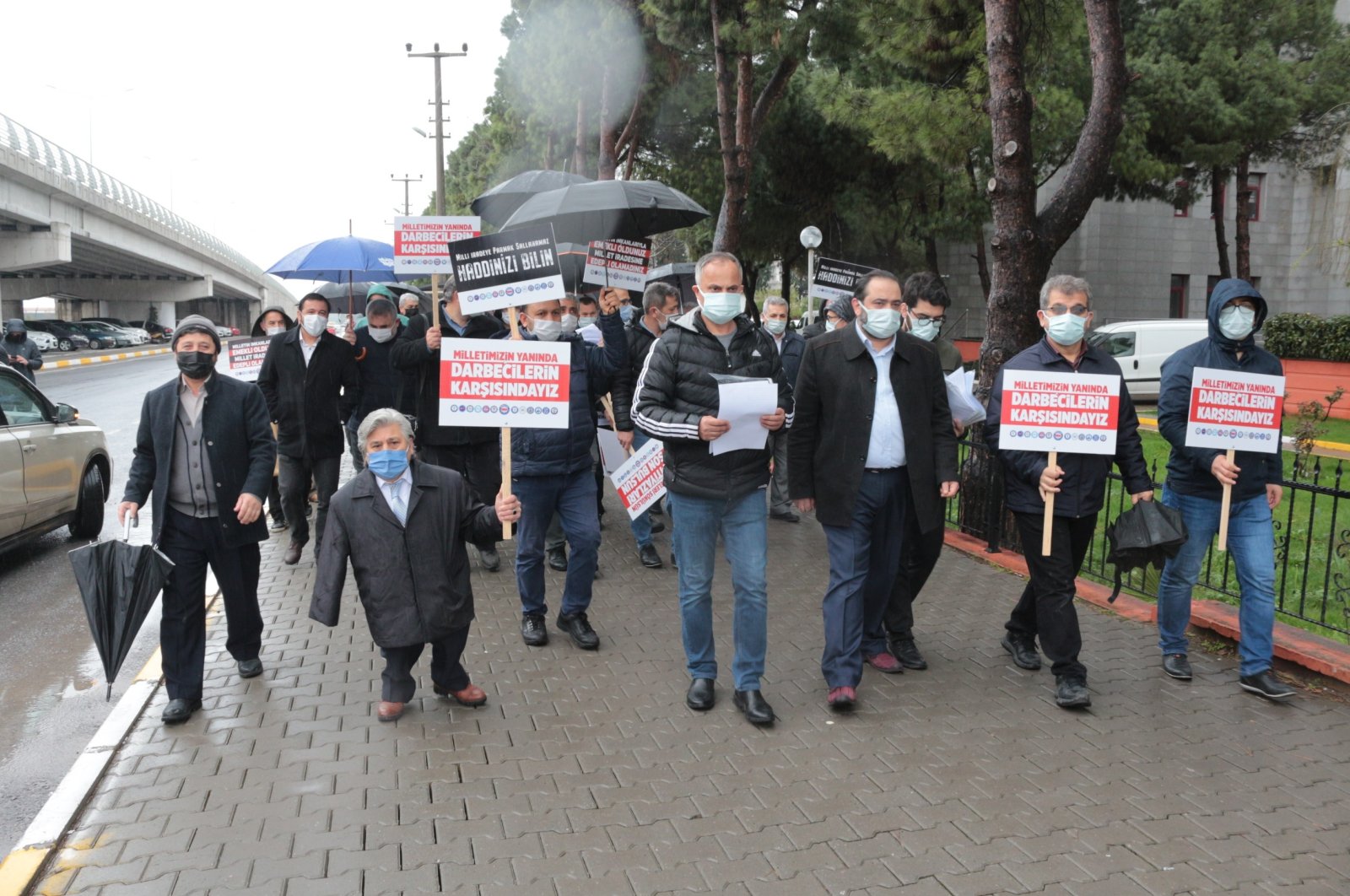 Four retired admirals Monday provided their testimony regarding the declaration signed by 104 retired navy admirals that has drawn strong condemnation from the government and the public, who claim the document implies interference in democratic institutions and the will of the people.

Summoned to the police headquarters in the capital Ankara, Engin Baykal, Cemil Şükrü Bozoğlu, Mustafa Özbey and Atilla Kıyat gave their statements for the ongoing investigation of the incident.

Turkey last week detained 10 suspects as part of the probe into the declaration. The Ankara Chief Public Prosecutor's Office launched an investigation pursuant to Article 316/1 of the Turkish Penal Code, which is related to illegal armed organizations working against the constitutional order and the security of the state.

All 14 admirals, who were processed at the police headquarters, were forwarded to the courthouse later on Monday.

A total of 104 retired admirals signed a statement declaring their commitment to an international treaty that regulates shipping through the Bosporus and Dardanelles, which links the Mediterranean Sea to the Black Sea.

The statement triggered strong condemnation from the ruling party and government officials, who drew parallels with previous statements that accompanied past military takeovers in Turkey.