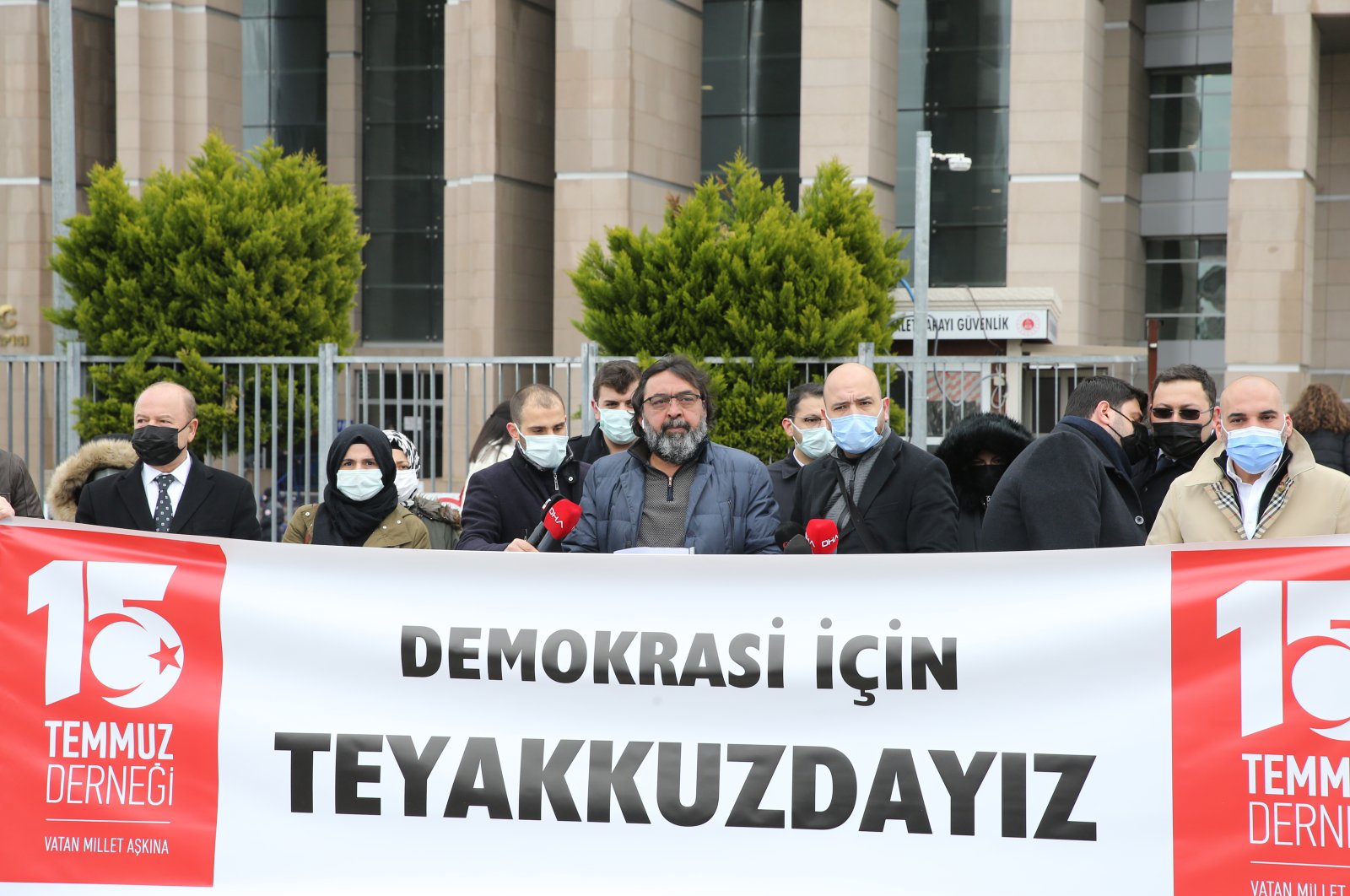 The 10 retired admirals were detained as part of an investigation, launched by the chief prosecutor in Ankara on Sunday, over suspicions that they had reached "an agreement with the aim of committing a crime against the security of the state and the constitutional order"

Turkish security forces detained 10 suspects as part of the probe into a so-called “declaration” signed by 104 retired navy admirals, which came under fire for attempting to interfere in the democratically elected government.

The Ankara Prosecutor’s Office had launched an investigation based on Article 316/1 of the Turkish Penal Code.

Gürdeniz is known to be one of the founders of Turkey's new maritime doctrine known as "Blue Homeland," which has become prominent, especially during tensions with Greece over Turkey's rights in the Eastern Mediterranean.

According to Demirören News Agency (DHA), three critical questions will be directed toward the retired admirals who signed the declaration. They will be asked whether they were aware the statement was being prepared, whether they knew the content of the final draft and if they knew when the declaration was planned to be released.

The declaration has drawn a strong reaction from the government and the public, who claim it implies interference in democratic institutions and public will.

Meanwhile, Presidential Communications Director Fahrettin Altun on Monday criticized individuals who refrained from speaking up against the declaration.

“The only thing that everyone who respects democracy and the will of the people can do is to take a stance against this insensible declaration with no ifs and buts,” Altun said on Twitter.

Noting that Turkey has faced several problems in recent years, Altun said the attempts to overthrow the democratically elected government remain fresh in people’s minds as they watch individuals trying to make political gains through the antidemocratic declaration “with awe.”

“If we remain silent to the slightest implication of a coup attempt, how can we protect our country and the nation against treacherous plans?” Altun said, adding that underestimating the threat of coups only empowers pro-tutelage circles.

Altun continued by saying that Turkish political history is filled with politicians who adopted a stance according to conjecture rather than principles and that they have all lost their legitimacy in the eyes of the people.

“Turkey cannot be victimized by your dogma and must avoid ideological calculations,” he said, adding that Turkish officials will continue to remain on alert against all threats and protect democracy and the will of the people.

“We all know perfectly well what this antidemocratic memorandum insinuates. That memorandum has no meaning, except to wave one’s finger at the nation’s will and its elected representatives, as a leftover habit of the old guardianship regime,” Altun told a live broadcast on A Haber. He continued by saying that they cannot perceive the statement as an innocent piece of writing.

“The same people, who downplayed the July 15 coup attempt as ‘theater’, now portray this attempt by 104 people, who issued a scandalous memorandum, to create a framework for tutelage, as a grievance.”

Noting that Turkey is aware of the price that the people had to pay as a result of the pro-coup mentality, Altun said this is why they “adopt an uncompromising and clear position.”

On the night of July 15, 2016, a small military junta, formed by Gülenist Terror Group (FETÖ) members, tried to overthrow the democratically elected government and assassinate President Recep Tayyip Erdoğan, who was on holiday in the Marmaris district of southwestern Muğla province.

The Supreme Court of Appeals also released a statement Monday, saying that Turkey is a democratic, secular state governed by the rule of law and that legal institutions are obliged to protect the democratic legal order.

“Formations not based on any constitutional or legal authority that target the people’s will cannot be acceptable,” the court said in a statement, adding that history has shown that the people have eliminated circles looking to carry out coups or make similar attempts.

The statement continued by noting that all legal institutions will carry out their duties under the framework of the law against all interventions targeting individual rights and liberties.