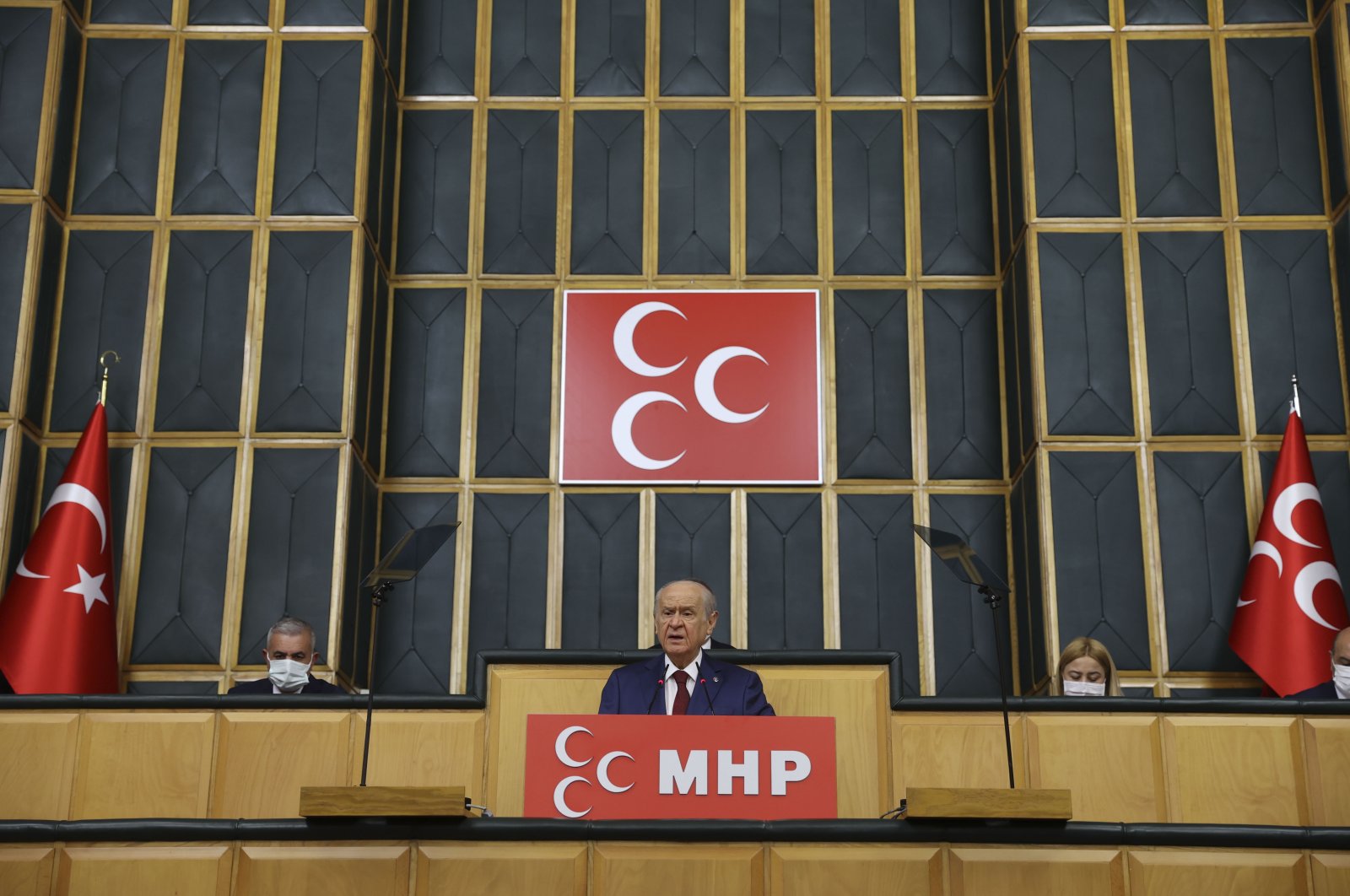 The Nationalist Movement Party (MHP) is fully ready to support the efforts for a civilian constitution in Turkey, dubbed by officials as "The Reestablishment Constitution," Chairperson Devlet Bahçeli said Tuesday, as he called on all other parties to support the initiative.

“A civilian constitution that will not contradict with the existing system of governance will further strengthen the state,” Bahçeli told fellow lawmakers at his party’s parliamentary group meeting in Ankara.

He noted that drafting the new constitution would be one of the most important services to be made to the country, as he claimed his party has a grasp of its vision.

“I call on the CHP to support this process. I call on the IP to be a part of this honor,” Bahçeli said, referring to the main opposition Republican People’s Party and the Good Party, respectively, which are both a part of the Nation’s Alliance grouping of parties.

In February, President Recep Tayyip Erdoğan said that work has begun for a new and civilian constitution for the people, officially known as "The Reestablishment Constitution," adding that the 1982 Constitution has lost its validity and underlining that the new constitution will be the product of a transparent process.

Following the president’s announcement, Bahçeli pledged support on the need for a new civilian constitution, however, the opposition has rejected his call.

So far, the opposition parties, including the main opposition CHP, have opposed the calls, claiming that the president’s initiative to reform the constitution equates to the “failure of the presidential system.”

Opposition parties including the CHP and the IP argue that Turkey should return to the parliamentary system.

Bahçeli also said Greece is the only country that threatens the security of the Mediterranean.

“Greece is the only country that threatens the security of the Mediterranean. Greece, which armed the 12 Islands (in the eastern Aegean Sea) with weapons and soldiers whose non-military status is guaranteed by treaties, is both guilty and cowardly,” he said.

Bahçeli also raised the issue of the 150,000 people of Turkish descent who live in Western Thrace, saying that they are being deprived of choosing their own chief mufti.

“It seems that Greece has not learned any lessons from history,” he added.

The election of muftis is regulated by the 1913 Treaty of Athens, a Greek-Ottoman pact that was implemented by Athens in 1920.

But in 1991, in violation of international law, Greece annulled its law regarding the treaty and unlawfully started to appoint muftis.

The muftis appointed by Greece have since usurped local Muslims’ right of jurisdiction on family and inheritance matters.

The majority of Turks in Western Thrace do not recognize the muftis appointed by Greece, and instead, rightfully elect their own muftis.

Greece, however, has refused to recognize elected muftis since 1991 and authorities have placed some clerics on trial.