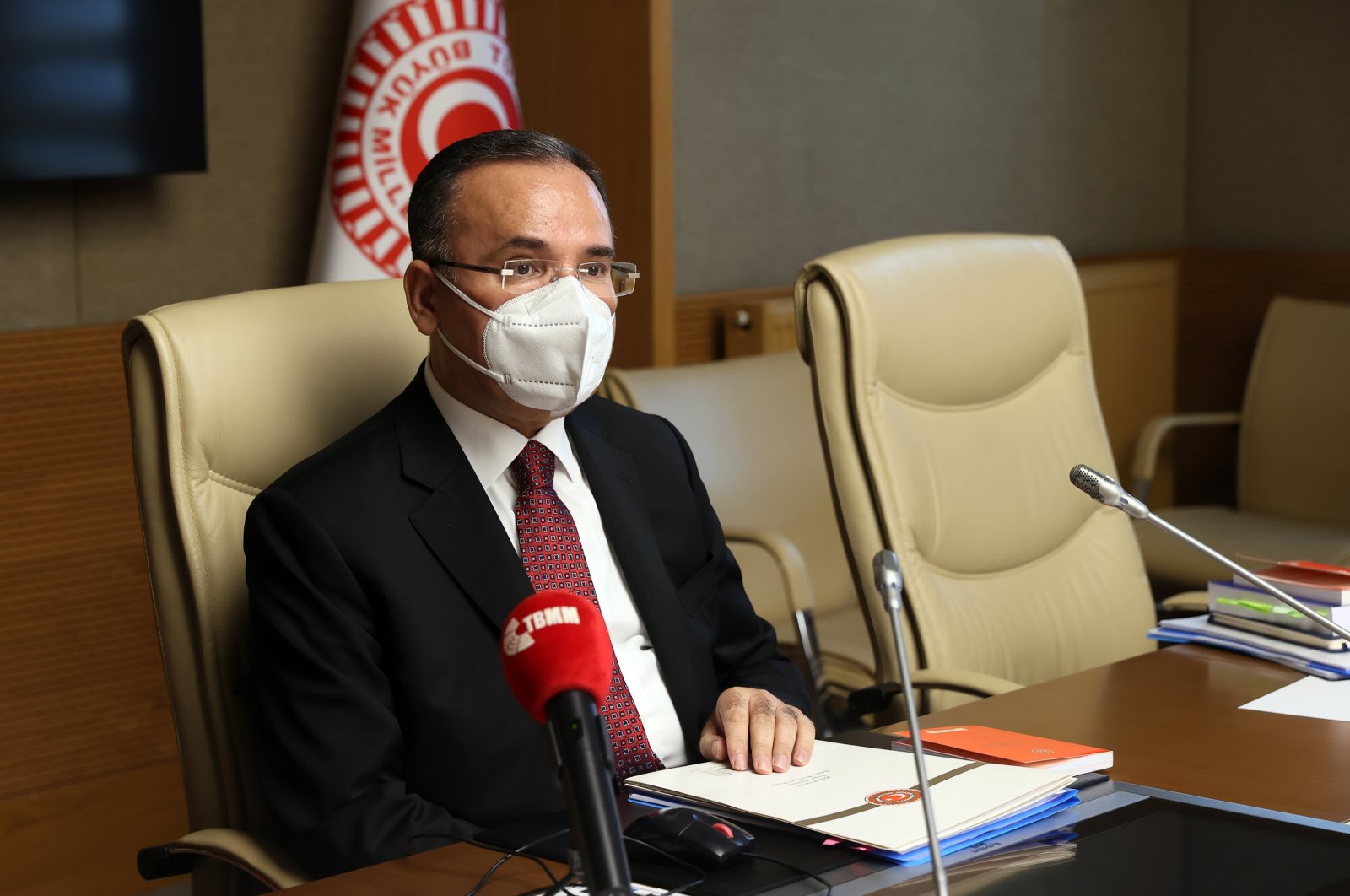 The head of Parliament’s Constitutional Commission, former Justice Minister Bekir Bozdağ, on Thursday called on all political parties to prepare their own draft constitutions so they can contribute to the discussions concerning a new constitution for Turkey.

Speaking to Anadolu Agency (AA), Bozdağ said the Nationalist Movement Party (MHP) on Tuesday introduced its own 100-article proposal for a revised national charter, a goal championed by the ruling Justice and Development Party (AK Party).

"By preparing a new draft constitution, the MHP made clear what kind of constitution it wants and presented it to the public," said Bozdağ.

"Other political parties preparing and promoting new draft constitutions will contribute to the process to draw up a new constitution. Crowning the centennial of the Republic of Turkey in 2023 with a new constitution will further strengthen Turkey."

The president’s proposal came four years after the 2017 constitutional referendum asked voters to decide on an 18-article bill to switch from a parliamentary to a presidential system, among other changes. The amendments to the constitution were jointly introduced by the AK Party and the MHP. Erdoğan was elected president under the new system in 2018.

Even if all 600 deputies in Parliament say "yes" to the proposal, a national referendum will be held to assess the will of the people, Erdoğan has stated.

Bozdağ also called for a new conciliation committee to work on the parties' various proposals for a new charter.

Such a committee will "make a great contribution to the discussion over the concrete drafts and to maintaining healthy debate," he said.

Bozdağ said that Turkey's current Constitution is a coup-era artifact, drawn up by an advisory council selected by generals who carried out the Sept. 12, 1980 coup.

"Turkey's current Constitution is not a kind of social contract," he explained.

"If the new constitution is prepared with contributions by the people and by the representatives elected by the nation in a democratic environment where everyone and every sector feels free, and if the nation ratifies it in a popular vote, then the constitution will become the contract of the nation."

Turkey's current Constitution is not based on human rights and does not adequately protect fundamental rights and freedoms, said Bozdağ.

"As a matter of fact, this has not been possible with 19 changes that have been made so far. For this reason, Turkey should start over with a new constitution," he added, speaking of the amendments made to the current Constitution so far.