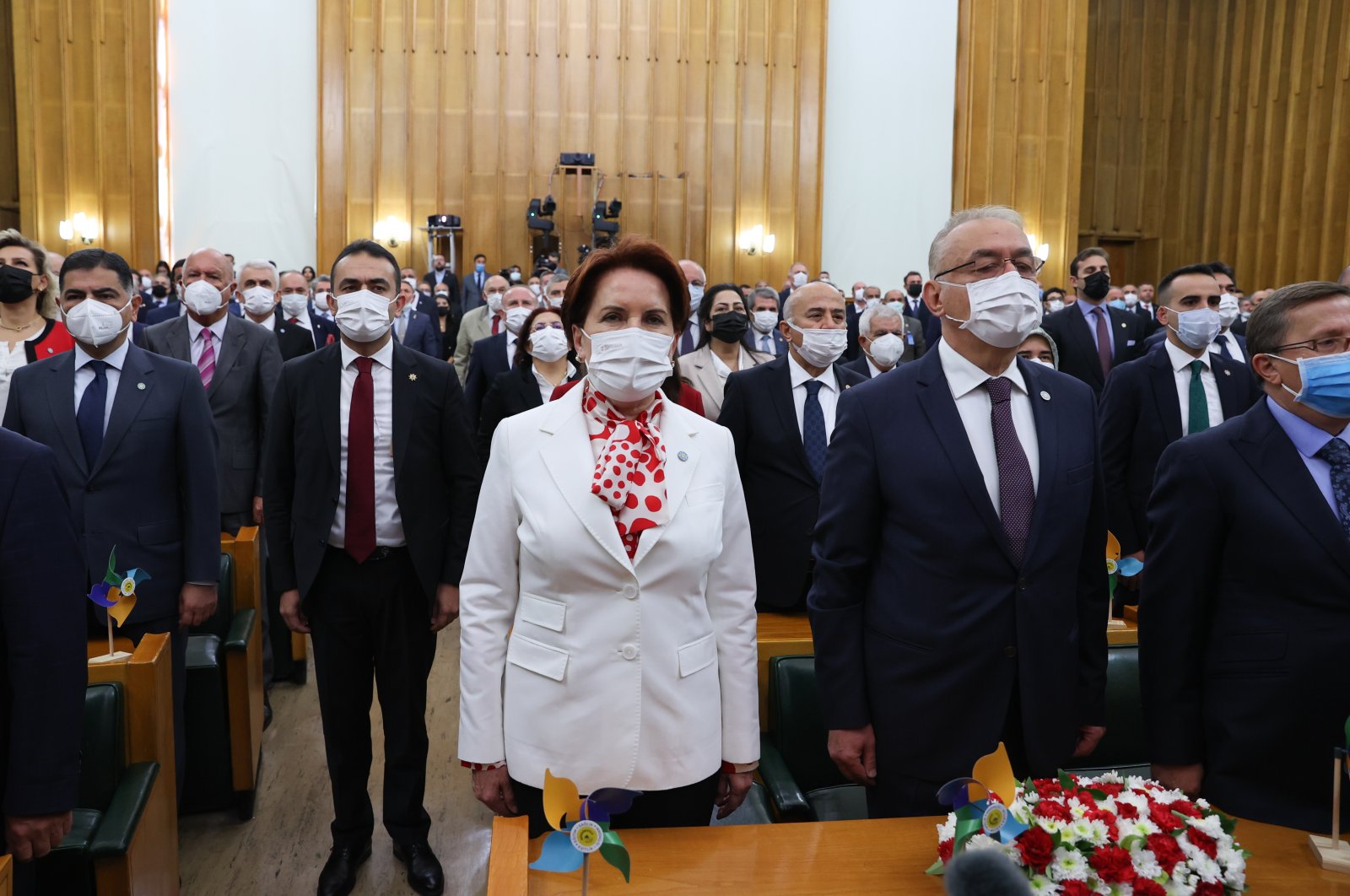 The opposition Good Party (IP) will present its “Improved and Strengthened Parliamentary System” proposal to its party organization for discussion soon, Anadolu Agency (AA) said in a report Sunday.

According to information from the agency, the party’s legal policies chairperson, Bahadır Erdem, will present to IP organizations at the provincial and district levels the party's proposal to switch Turkey back to a parliamentary system.

The delegation led by Erdem will kick off consultations on Oct. 15-16 in central Eskişehir province, and will later visit IP’s provincial organization in the southern province of Mersin for further negotiations.

The IP delegation will also visit many of its provincial organizations to explain the parliamentary system proposal, AA reported.

Within the scope of efforts to explain its parliamentary system proposal, IP will also meet with provincial bar presidents, industry and commerce chambers, and nongovernmental organizations (NGOs).

The proposal, which was shared with the public on May 26 by party chair Meral Akşener, was drafted under the leadership of Erdem and party secretary Uğur Poyraz.

Akşener said that the proposal seeks to establish an impartial role for the president. Accordingly, the elected president of the country cannot be a member of any political party, unlike in the current system.

According to the proposal, the country will be governed by the prime minister and the Cabinet. The impartial presidency will be removed from party politics in order to represent the unity of the state and nation. The appointments to senior state posts will be determined by the joint decision of the president, the Cabinet and Parliament.

IP's proposal also seeks to limit the president to a single six-year term. After that, a political ban will be imposed on the president in order to prevent their return to active politics.

The IP proposal suggests that the ministers in the Cabinet should be elected from Parliament members. It also seeks to increase Parliament's efficiency in the election of members appointed to the higher judicial bodies.

As Akşener announced, the new system will be based on the principle of pluralism. The duty of forming and approving the government will belong to Parliament, which is to be elected through fair and free elections.

The proposal also offers a 25% female quota for some administration boards, independent universities, reducing the election threshold to 5%, the reopening of military schools that were closed after the 2016 failed coup attempt and new legal regulations for violence against women.

Meanwhile, the main opposition, the Republican People's Party (CHP), is also finalizing its work to establish a "strengthened parliamentary system" proposal of its own too.

In the CHP draft proposal, the following headings stand out: "a strong Parliament and a strong prime minister," "full independence and impartiality of the judiciary," "the principle of equal representation between the genders," "merit in the admission and appointment of judges and prosecutors" and "sharing the power of the Supreme Court between the Constitutional Court and the Court of Appeal."

It also recommended introducing a "people's veto" system, in which the public will be asked its opinion before certain laws are passed in Parliament to ensure public participation in law-making, and activating legislative commissions on the basis of the principle of expertise.

The proposal also suggests abolishing the "president with a party" practice and limiting the powers of the president. The president's authority to renew the parliamentary elections is regulated as a limited authority subject to certain conditions.

Recently, six Turkish political parties discussed the return to a parliamentary system in a meeting at Parliament, according to Erdem.

The meeting, titled “Strengthened Parliamentary System,” was the third such gathering, according to Erdem, who described it as “extremely productive.”

The CHP, the Future Party (GP), Democracy and Progress Party (DEVA), the Democratic Party (DP) and the Felicity Party (SP) are taking part in the meetings.

“From now on, we will continue to meet at Parliament rooms around these hours every Tuesday,” Erdem said, adding that they have so far revised the main topics and how long it will take the parties to finalize it.

“All six parties are quite impressed with our work, which will probably last until the new year,” he said, adding that all parties who believe in a strong parliamentary system can join them.

Recently, IP Chairperson Meral Akşener said she would not be running for president but that she would be a candidate for the now-defunct position of prime minister in Turkey in the upcoming 2023 elections.

"I am not a presidential candidate, I am a candidate for prime minister,” Akşener said in an interview.

The official transition to the new system took place when President Recep Tayyip Erdoğan took the presidential oath of office in Parliament after the June 24, 2018, general elections, during which he won 52.6% of the votes.