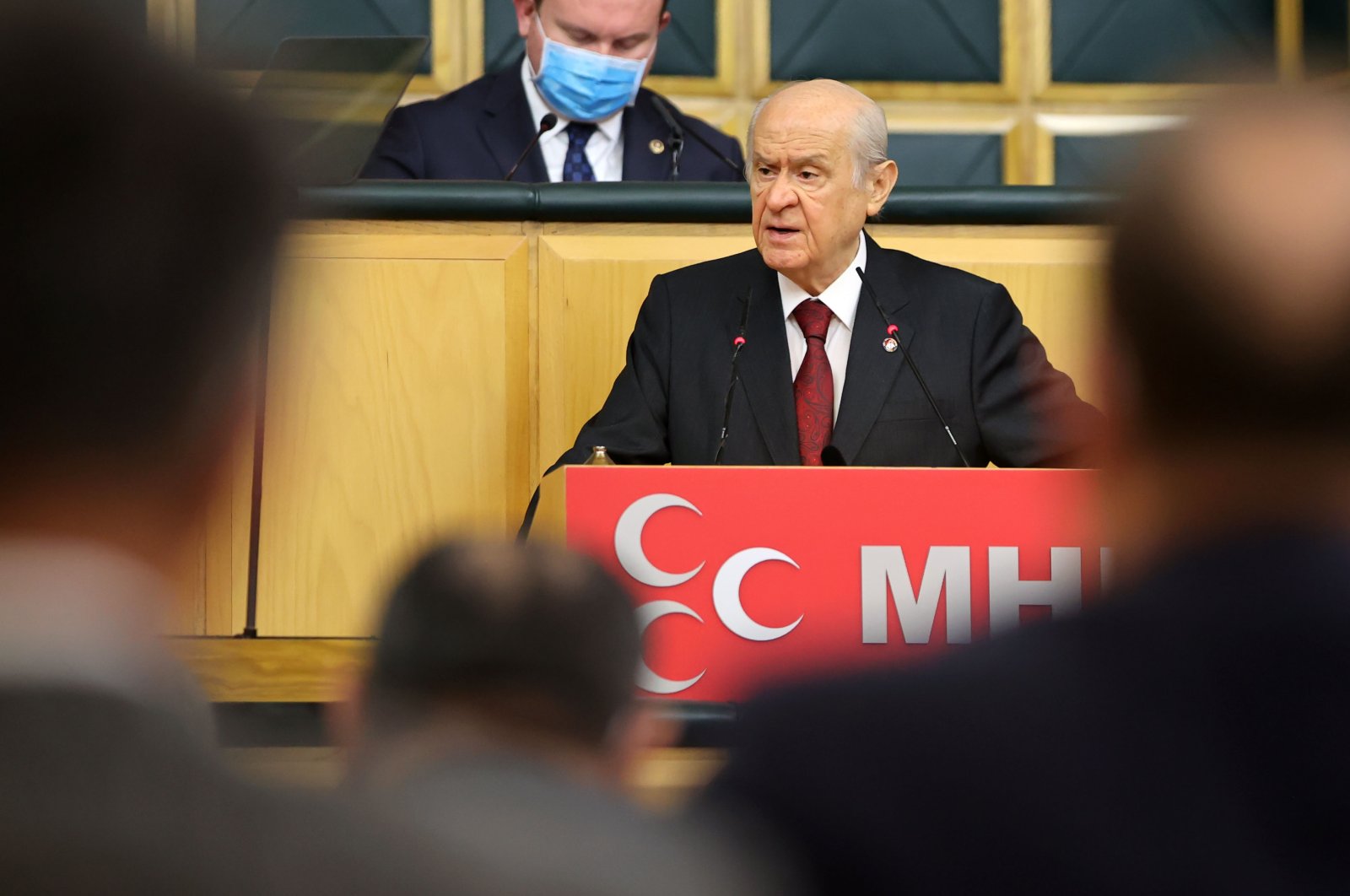 Head of the Nationalist Movement Party (MHP) Devlet Bahçeli on Tuesday called on all parties to come together and contribute to the preparations for a new constitution as the debate around the issue ensues in Turkish politics.

"It is necessary to erase the traces of the parliamentary system, to clear its remnants. There should be a wide consensus on writing the new Constitution in line with the spirit of the presidential system," Bahçeli told his MHP parliamentary group.

Bahçeli’s words come after President Recep Tayyip Erdoğan said on Feb. 1 it was time for a new constitution in Turkey and urged all parties to participate in the process. He underlined the need for Turkey to have a civilian-drafted Constitution by 2023, coinciding with the centenary of the foundation of the Republic of Turkey. Erdoğan said that the doors are open to all political parties wanting to contribute to Constitutional reform, highlighting that replacing the existing Constitution would propel Turkey's achievements and broaden its horizons.

Following the president’s call, Bahçeli announced his party's support for the plan to draft a new constitution.

Pointing to his party's "very clear" stance on the issue, Bahçeli said that other parties also demanded a new constitution.

"The Nationalist Movement Party is in the process of drafting the Constitution from the beginning and has started its work sincerely and without prejudice," he added.

Given the changing nature of communities and developing dynamics, constitutions inevitably need to be changed or rewritten according to the form of government at the time, Bahçeli stated.

Turkey's current Constitution was drafted following the Sept. 12, 1980, coup d'etat and it still features elements of putschist influence despite a number of amendments having been made to subdue it.

Talk of a new Constitution came amid the government's new democratic reform initiative. The president referred to 2021 as the “year of reforms” and pledged that his party would overhaul the economy and judiciary.

Speaking on the issue, Parliament Speaker Mustafa Şentop on Sunday said: “It is not possible to draft a constitution with full consensus.” He stated that the ruling party and the opposition should first work through the articles that they do agree on and later referendums can be had on disputed areas.

He also criticized the opposition parties for saying that Turkey should switch back to the parliamentary system.

The Turkish public opted to shift to a presidential system in an April 2017 referendum.

In June 2018, Erdoğan was reelected president, Turkey's first president under the new system.

Turkish officials have touted the benefits of the new system, saying it eliminates inefficiencies and facilitates the smooth functioning of the administration.

Meanwhile, the head of the Democracy and Progress Party (DEVA), Ali Babacan, and the head of the IP, Meral Akşener also had a meeting. In a joint press conference following the meeting, the two leaders criticized the call for a new Constitution.