One may criticize, but can't issue ultimatum: Interior minister 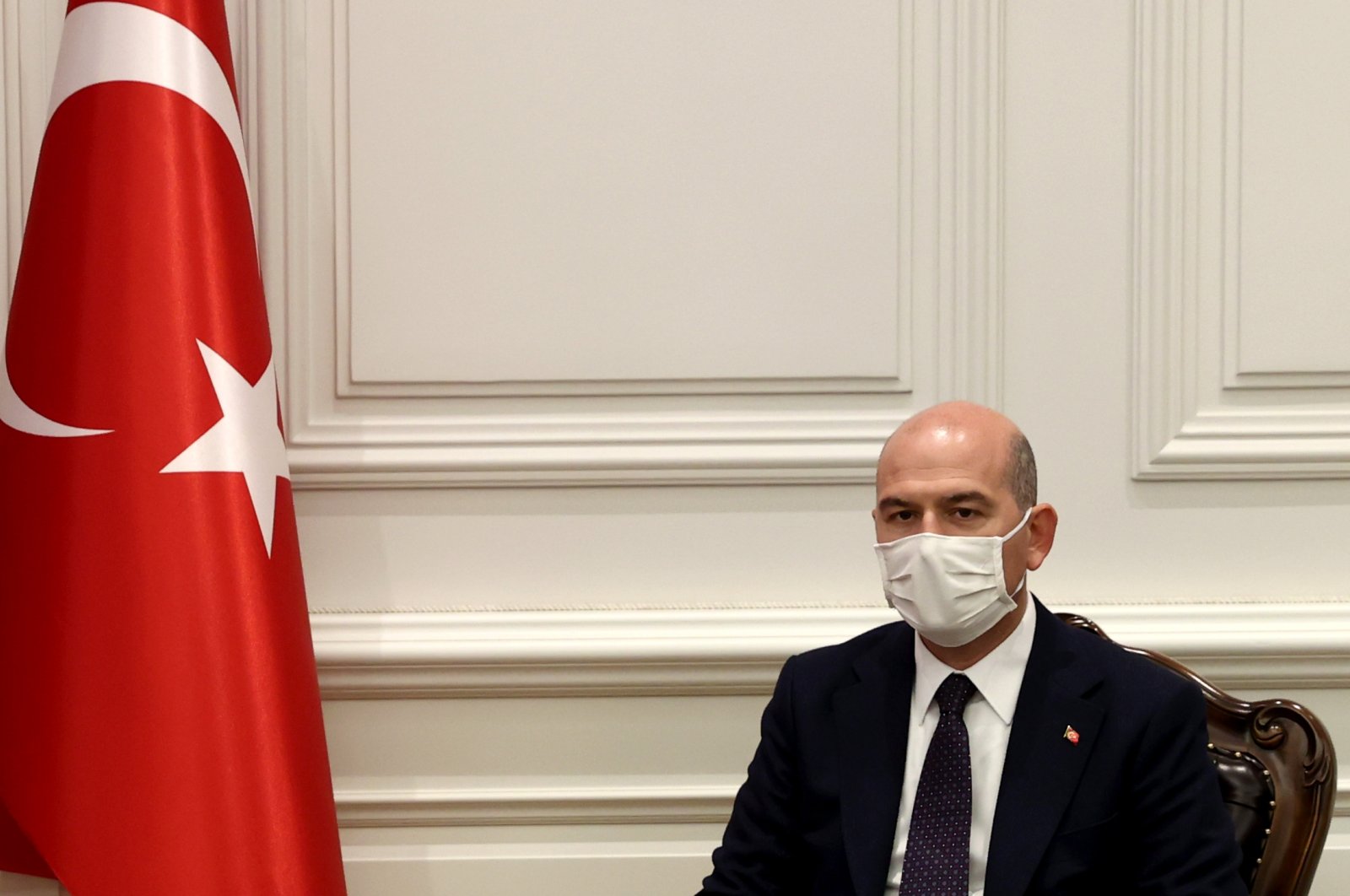 One can offer criticism but can't propose ultimatums, Interior Minister Süleyman Soylu said Tuesday over the controversial declaration by retired admirals on the Montreux Convention.

"You can criticize but can't send us an ultimatum with an overnight declaration. We would not let you do so. I would like for all of our citizens to know that we are quite determined on this issue," Soylu expressed on a live broadcast on A Haber.

Soylu emphasized that the Turkish Armed Forces (TSK), police, gendarmerie, coast guard and all other institutions are the strongest parts of democracy.

Underlining that they will resist the implications and attempts regarding the possibility of a coup, Soylu said, "The nation gives a vote, 50 grams of ballot paper. They say to us, 'This is my honor, protect this.' Anyone who refuses to protect these votes is dishonest."

Stating that the investigation about the statement of the retired admirals is ongoing, Soylu said: "There are four members of the (main opposition Republican People's Party) CHP among the signatories of the declaration, and 18 of them have family members who are CHP members. That night (the declaration was announced) we did not sleep until the morning, we worked. And we revealed all the signatories' contacts. It is very clear who they have contacted in the last 30 days and which political parties they have been in contact with."

Soylu's statements came amid discussions after a total of 104 retired navy admirals late Saturday signed a "declaration" warning the government to keep its commitment to the Montreux Convention and abandon plans to build a new canal in Istanbul.

The declaration has drawn a strong reaction from officials and the public who say it implies interference in democratic institutions and public will.

Stating that they take even the smallest nongovernmental organizations' declaration into consideration, Soylu said:

"A total of 104 generals will come together and draw a framework for the government. They will want to create a tutelage focus, and we are supposed to respond by saying, 'There is nothing wrong in that. What's the problem?' Sorry, Turkish democracy, politics are no longer that naive. If the CHP supports this action, if it despises those who criticize this issue in the name of democracy, if it claims to be in a game, then this will stand as the most important evidence that history does not teach them any lessons."

Soylu, who was asked about "the international connection of the statement," said that there were some determinations and that they would be resolved as they resolved the July 15 coup attempt's international aspects in the past.

Underlining that the government serves the nation, Soylu said, "We are determined to protect our democracy and our country from coups under the leadership of our president."

"This statement made by retired admirals after the coup attempt by (Gülenist Terror Group) FETÖ has revived certain points in our minds. To whom is this coup-implied message given by admirals?" Soylu pointed out, indicating the troubles that the nation has suffered from the past to this time.

"This is the same with FETÖ. They should not distance themselves from FETÖ. They should not put FETÖ sentences, evaluations or anything in between. If they make such evaluations, let them tell us with very clear expressions, 'We are hostile to this country, we are treacherous to this country, we betrayed it, we sold it out.' Let them say this if that is the case. They all have the same root, they all drink from the same well."