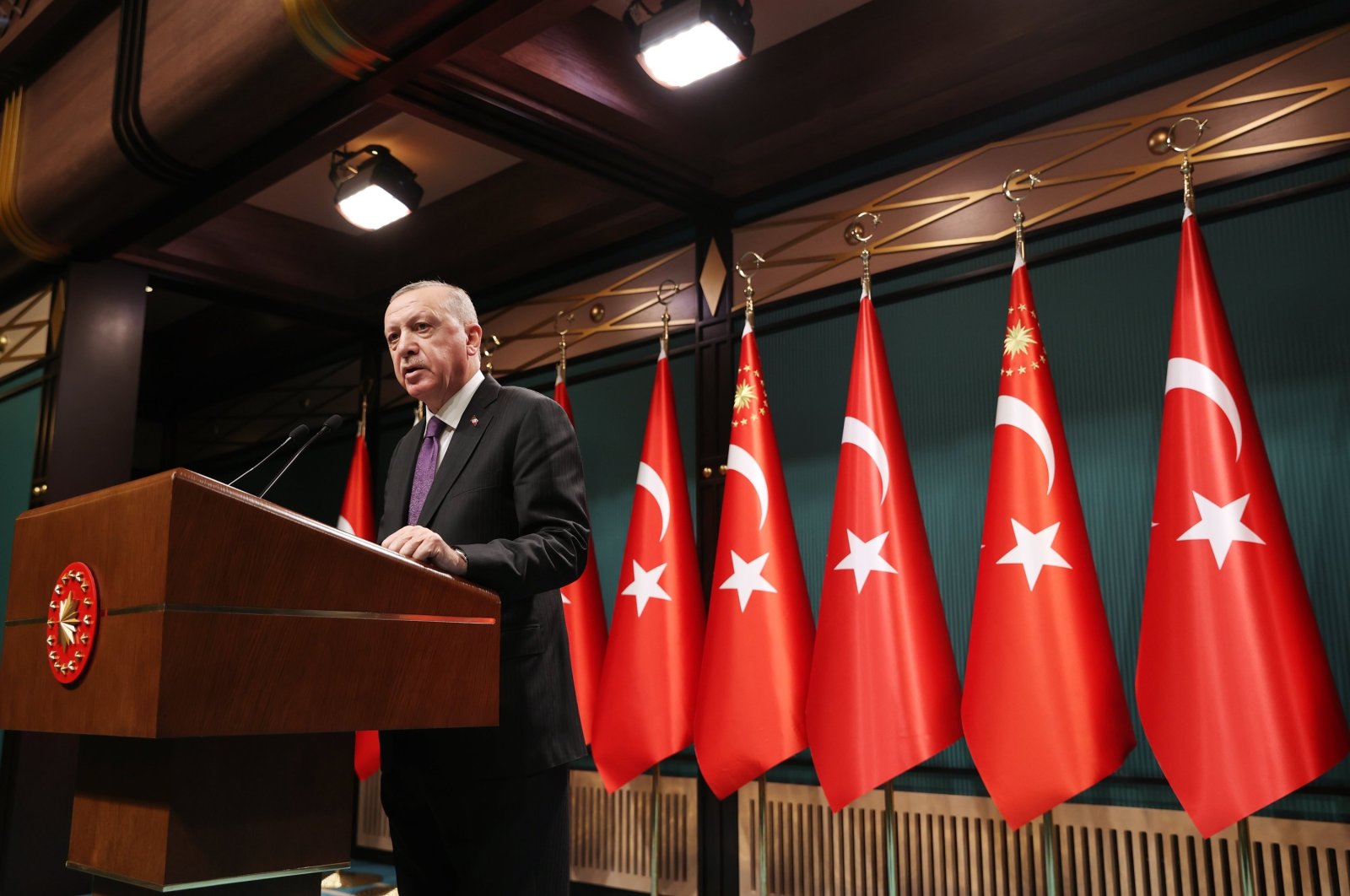 A total of 104 retired navy admirals recently signed a "declaration" warning the government to keep its commitment to the Montreux Convention and abandon plans to build a new canal in Istanbul.

"It is not acceptable for 104 admirals to come together one night and declare such a document," Erdoğan stated.

"This cannot be labeled as freedom of speech."

"Such actions would not be accepted anywhere in the world. We would also have expected the opposition to have a stronger stance on this action. We, once again, call on the main opposition CHP to side with democracy," he said in criticism of the Republican People's Party.

"In Turkey, all the attacks against democracy have taken place following similar declarations. Since we, in our government, have a firm stance against these attempts, they do not dare to continue their plans," Erdoğan warned.

"If the attempt is to declare an opinion on the discussion regarding the Montreux Convention, the way to do it is not to declare such a statement, but instead have academic works on it that will contribute to literature," he said.

"We don’t have any intention and are not working to leave the Montreux Convention as of now. But if in the future there are other options, then we would be ready to re-evaluate the terms of the Montreux Convention in the international realm." Erdoğan added that "the attempted link between the Kanal Istanbul project and the Montreux Convention is totally wrong," in reference to the project which envisions a man-made passage in Istanbul to avoid possible accidents in the Bosporus, given the previous cases of ships crashing in the country.

Prior to the admirals, 126 former ambassadors had voiced their opposition to the Montreux Convention becoming a subject of debate.

Turkish officials on Sunday strongly condemned the declaration, which has drawn a strong reaction from the government and the public who say it implies interference in democratic institutions and public will.

The Ankara Prosecutor’s Office also launched an investigation based on Article 316/1 of the Turkish Penal Code. In a statement, the prosecutor’s office said the 10 suspects were detained to prevent the destruction of evidence and to determine other suspects involved in the incident, while four other suspects were not detained due to their age but were told to report to the Ankara Police Directorate within three days.