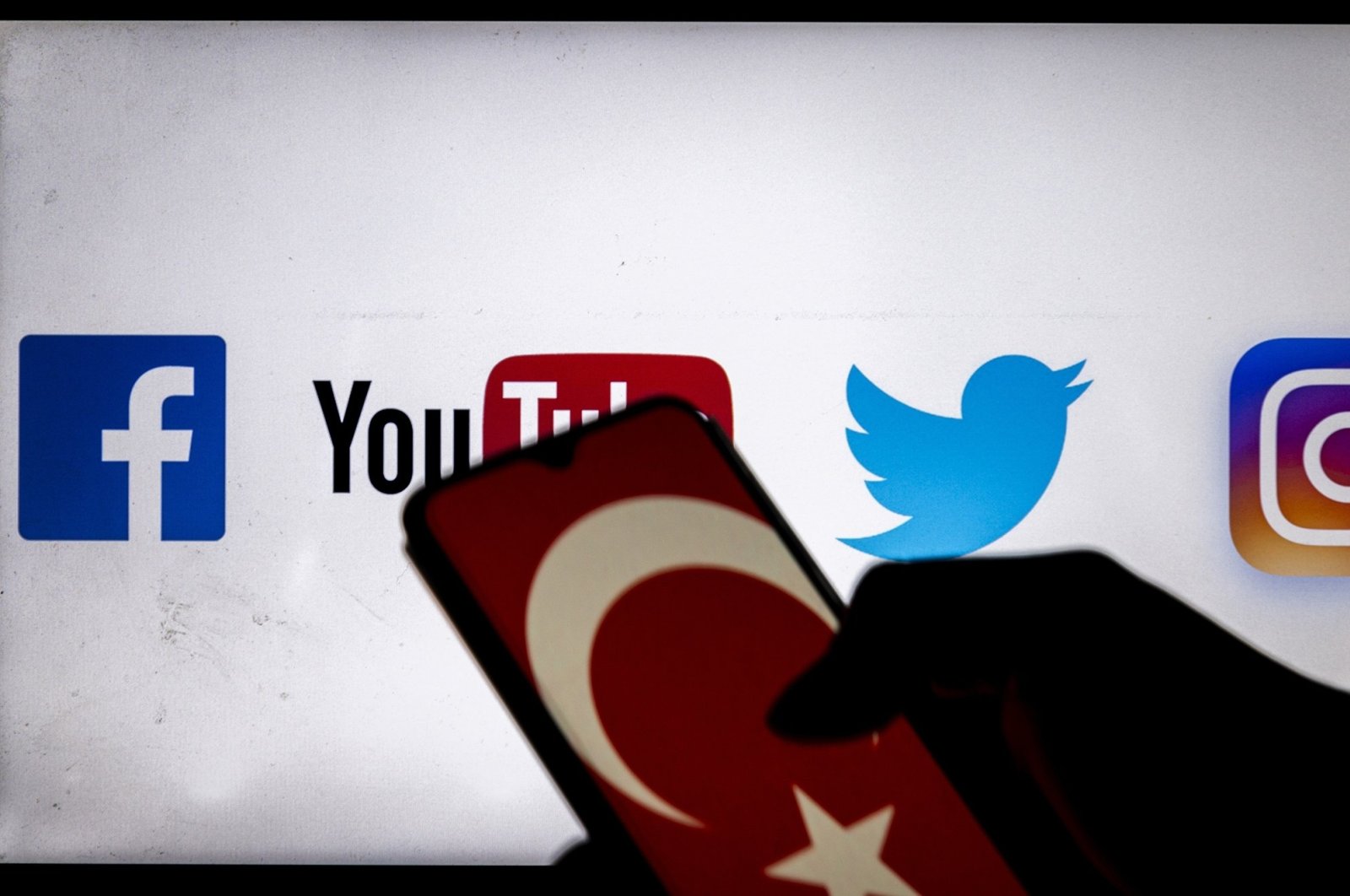 A Turkish flag is seen displayed on a smartphone with social media applications in the background, Dec. 25, 2020. (Getty Images)
by DAILY SABAH WITH AA Aug 18, 2021 11:32 am
RECOMMENDED

The planned social media regulation will not be a ban, censorship or punishment regulation, Hüseyin Yayman, the chair of the Parliamentary Digital Media Commission and deputy of the ruling Justice and Development Party (AK Party), said Wednesday.

Yayman, at a press conference held in Parliament, stated that social networks in the world encompass all areas of life.

Noting that there are 4.2 million social network users globally and 64 million in Turkey, Yayman said that these figures show how big a change and transformation is taking place.

Indicating that today social networks see themselves above governments, Yayman emphasized that this is never acceptable.

"The world is wanted to be led to a digital dictatorship by global digital oligarchs. Social networks threaten democracies, pose a threat to the law, and establish a social media court instead of a court, which should be considered," he said.

Noting that the problem of social media has become both a freedom and a security problem, Yayman said: "It is obvious that while dealing with the fire, flood and earthquake disasters in our country in the last days, on the one hand, we are dealing with the event itself, on the other hand, we are faced with a social media disaster that is greater than the natural disasters experienced. Social media needs to reach contemporary norms. We are not talking about a regulation regarding individuals here. If we do not prevent fake news, it will become a threat to our democracy."

Indicating that the social media regulation to be made will not be a ban, censorship or penalty regulation, Yayman said that this regulation will be one of the top priorities of the Turkish Grand National Assembly (TBMM) in the new legislative term.

Yayman said: "Whatever practices exist in modern countries and in Europe, we want them to be the same in Turkey. We will hopefully ensure the regulation in accordance with contemporary norms, together with the ruling and the opposition."

On a question, Yayman found it right that social networks should block posts praising violence. He said that the same attitude should be shown against all terrorist organizations.

The Turkish government has accelerated its efforts for a new social media regulation in light of online manipulations and disinformation about recent incidents such as forest fires and tensions between locals and Syrian migrants.

When evaluating global examples, the ruling AK Party favors the German model. According to the social media regulation that entered into force in Germany in 2017, accounts containing hate speech and violating the rights of others are required to be removed by social media providers within 24 hours. Social media providers who do not remove the posts are fined 50 million euros ($58.82 million).