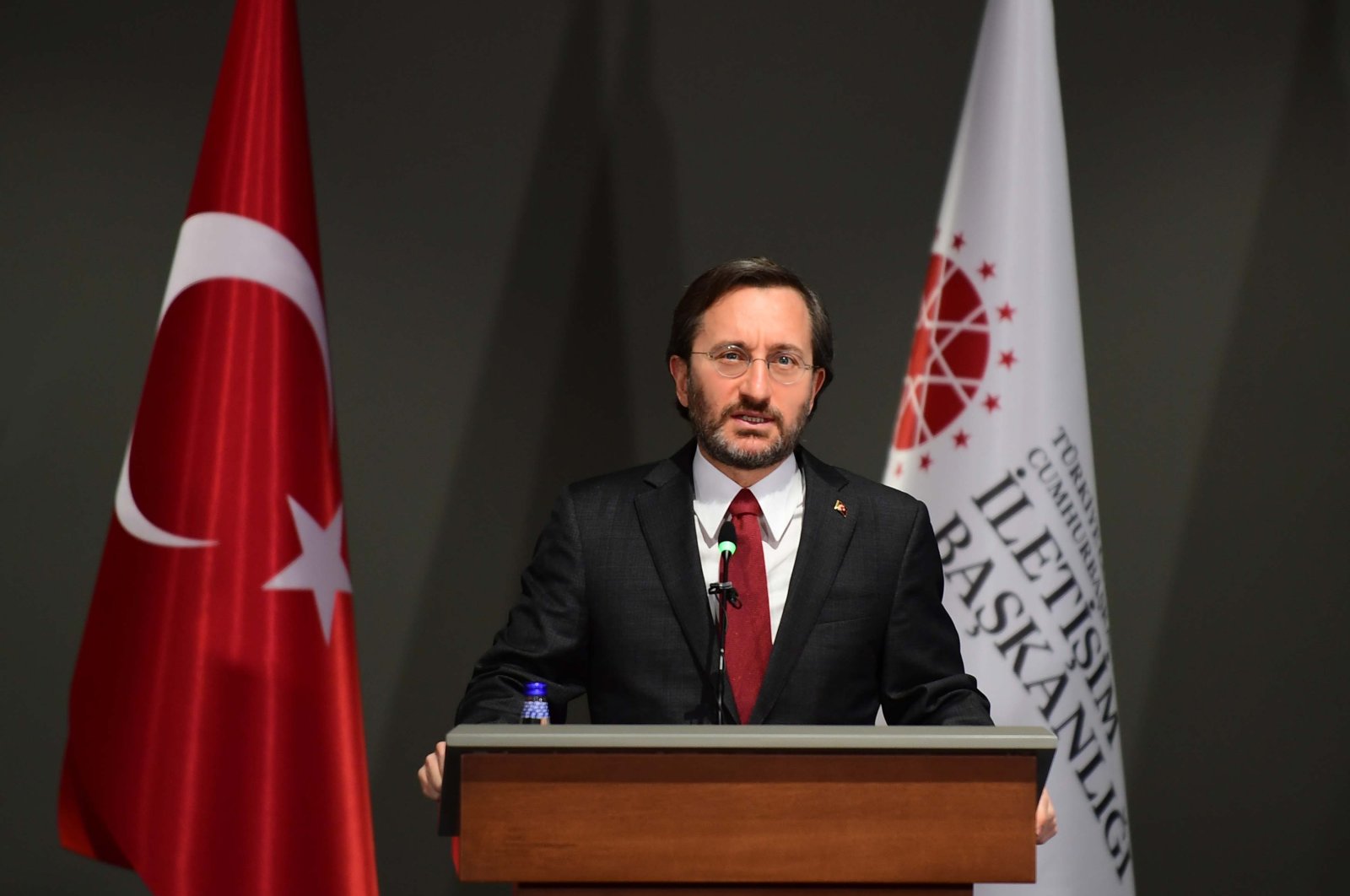 Carrying out structural reforms has become an obligation for Turkey, Presidential Communications Director Fahrettin Altun said Tuesday, while Parliamentary Speaker Mustafa Şentop highlighted the necessity of including political parties in the process of constitutional reform.

“Turkey is quite determined to take concrete steps for its own stability and peace in the region, at a time when the international system is grappling with different crises every day, as global problems become more deadlocked and humanity yearns to see a new ray of hope,” Altun said on his Twitter account.

Previously, President Recep Tayyip Erdoğan said in a statement late Monday at Ankara's Presidential Complex, "It is time to discuss drafting a new constitution," underlining that his ruling Justice and Development Party (AK Party) and its ally in the People's Alliance, the Nationalist Movement Party (MHP), have agreed on a plan.

Underlining that the changes to the Constitution must be done in a transparent manner, Erdoğan said the final version will be presented for public discretion.

Altun noted that Turkey aims to dispose of all the remnants of tutelage by carrying out structural reforms like revising the Constitution.

He continued by saying that the reforms will go beyond daily political calculations and usher in an era of a great breakthrough.

Touching on the support of MHP Chairperson Devlet Bahçeli regarding reforms, Altun said the steady partnership of the People’s Alliance with MHP will enable Turkey to have a civilian Constitution free from all types of tutelage.

“There is no turning back,” he said, adding that Ankara will focus on legal, economic and constitutional reforms in the upcoming period.

‘Participation of all political parties in debate crucial’

Şentop told a live broadcast with CNN Türk that the current Constitution has remnants of the 1980 coup, even though it has been revised numerous times.

Noting that a conciliation commission had been formed after the 2011 elections, Şentop said there was consensus to revise around 60 articles.

“We had said that we should at least try to make revisions on the articles that we had full consensus on, but some members who initially agreed on it later rejected it,” Şentop said.

Calling the initiative “exciting,” Şentop said he needs to see the approach of all parties before establishing a new conciliation commission.

AK Party's calls for Constitutional reform were recently welcomed by the MHP, as Chairperson Bahçeli called it an “undelayable necessity.”

In a written statement, Bahçeli said some 184 revisions have been made since 1982, but these have failed to change the Constitution’s anti-democratic qualities.

Meanwhile, opposition parties, including the main opposition Republican People’s Party (CHP), have opposed the calls, as they claimed the president’s initiative to reform the Constitution means the “failure of the Presidential system.” The CHP, Good Party (IP) and a few other parties argue that Turkey should return to the parliamentary system.

The 2017 constitutional referendum asked voters to decide on an 18-article bill switching from a parliamentary to a presidential system, among other changes. The amendments to the constitution were jointly brought forward by the AK Party and the MHP. Over 51% of people voted in favor of the changes.

The CHP had advocated a “no” campaign during the referendum period, and CHP Chairperson Kemal Kılıçdaroğlu and IP Chairperson Meral Akşener had vowed to bring back the parliamentary system in their election campaigns if they had won.