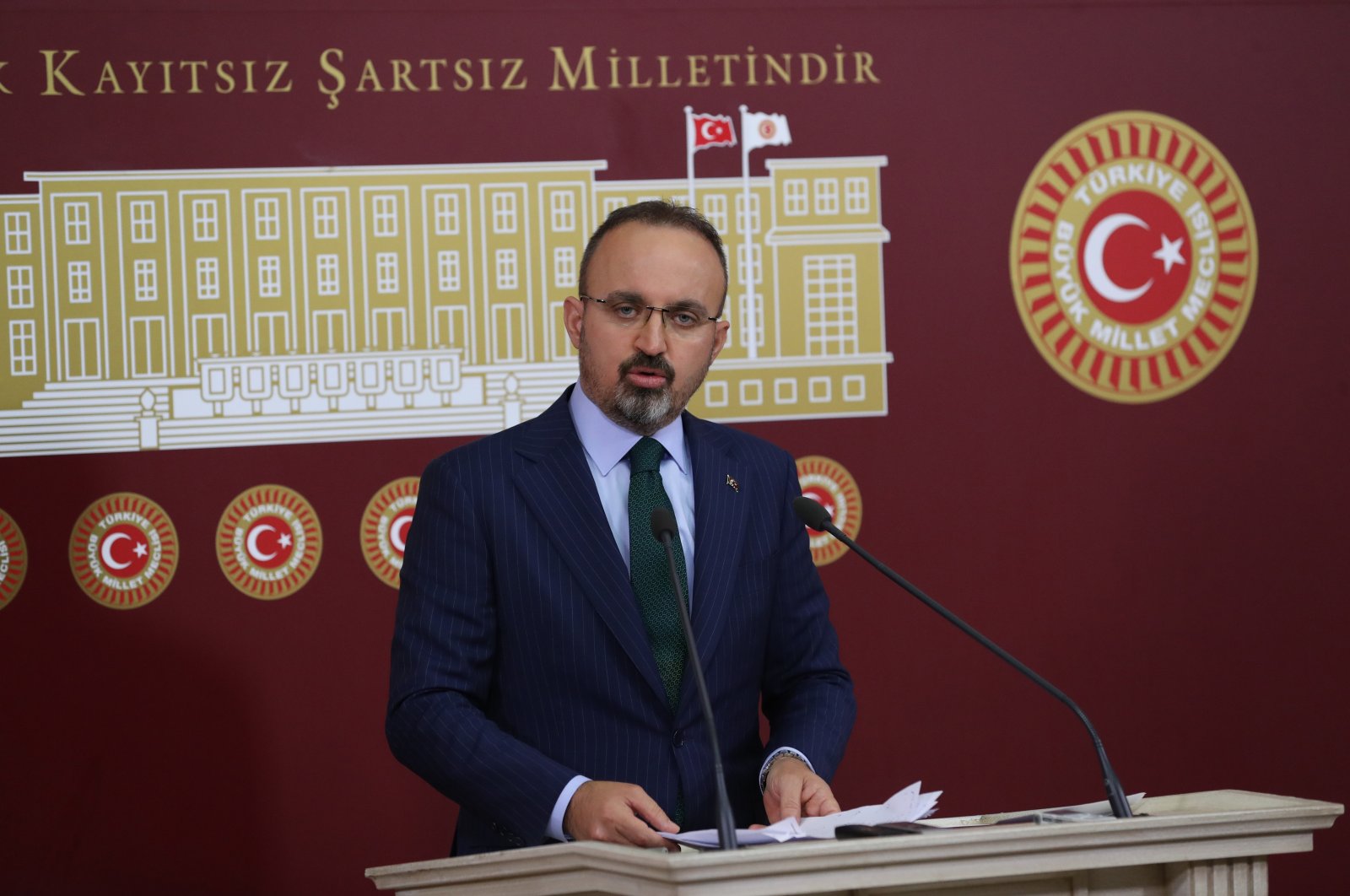 Turkey’s ruling Justice and Development Party (AK Party) has completed its work on a draft constitution and will soon present it to the party executives for discussion, the party’s group deputy chairperson said Sunday.

Bülent Turan noted that the party had created a scientific committee to prepare the draft, which has been completed. Constitutional law professor Yavuz Atar, who is also a presidential adviser, has been leading the Constitutional Scientific Committee.

He continued by saying that the Nationalist Movement Party (MHP) and the AK Party will have two different drafts, which he said would be combined in a single text reflecting the spirit of the People’s Alliance.

The text will then be announced to the public after a period of deliberation by party executives, Turan said.

Highlighting the fact that the ruling party wants all political parties to conduct their own work and share it with others, Turan said they would discuss their draft with all other parties.

“Of course the draft will not be something fully supported by 84 million in Turkey, but we will work hard to ensure that it is something that a majority of the people from different segments of society will support,” Turan said.

President Recep Tayyip Erdoğan said that work has begun for a new and civilian constitution for the people, adding that the 1982 Constitution has lost its validity, underlining that the new constitution will be the product of a transparent process.

Amid debates for a new civil constitution, Erdoğan recently said that Turkey will have a comprehensive, clear, democratic and liberal constitution to guide the country in the upcoming century.