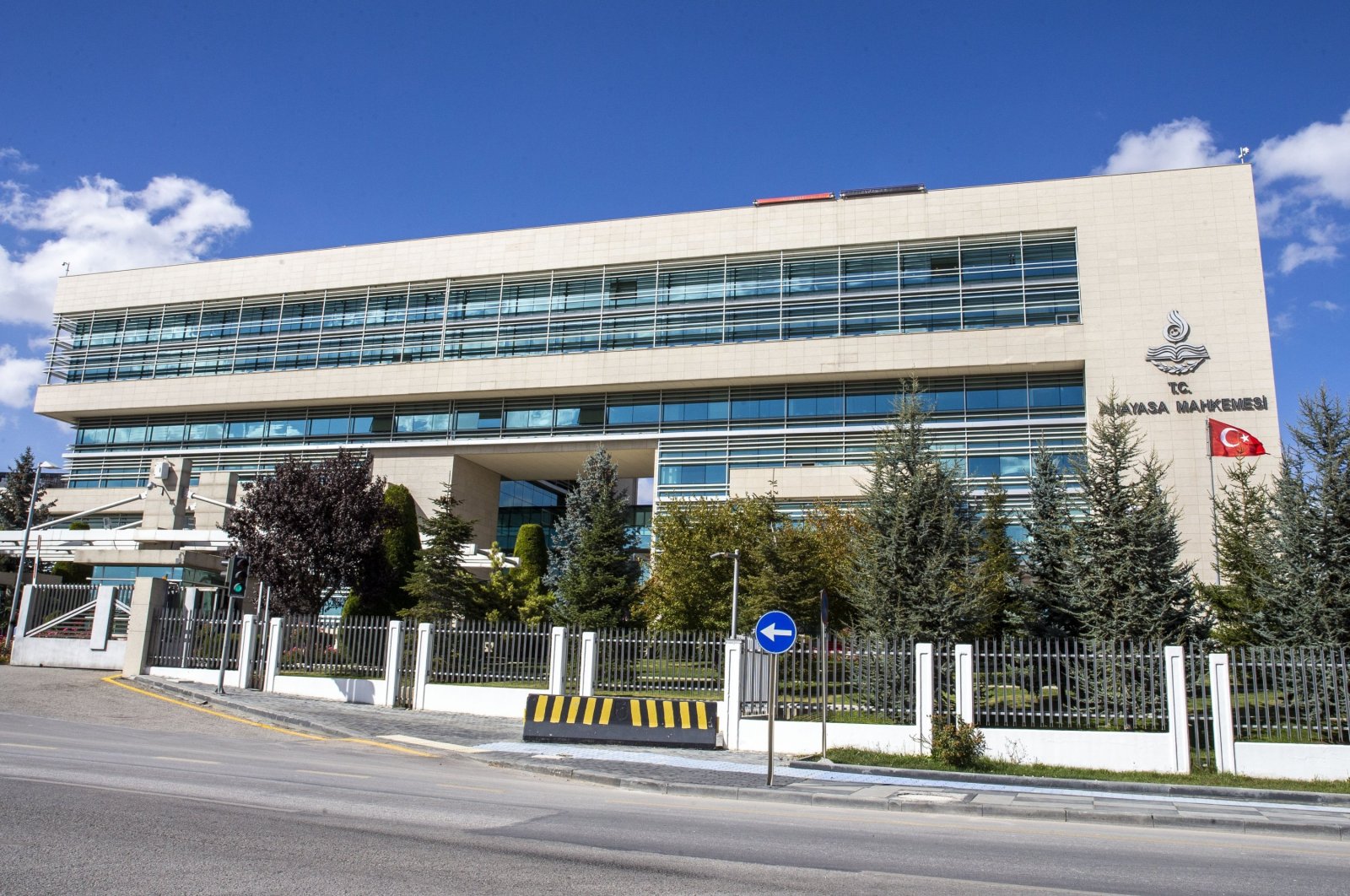 Turkish Constitutional Court President Zühtü Arslan on Friday assigned a rapporteur to the case launched with the demand to shut down the pro-PKK Peoples' Democratic Party (HDP).

If accepted, the indictment will be sent to the HDP for pre-defense. The HDP has to give its preliminary defense within the time allowed by the Supreme Court. However, the party will be able to apply for an extension of this period. The request for additional time will be decided by the Constitutional Court.

After the preliminary defense is given by the party, Bekir Şahin, the chief public prosecutor of the Supreme Court of Appeals, will present his opinion on the merits.

This opinion will also be sent to the HDP. Then, on the dates to be determined by the Constitutional Court, Şahin will make an oral statement and HDP officials will offer an oral defense.

After all of these processes, the rapporteur will collect information and documents regarding the case and prepare a report on the merits. While these proceedings are underway, both the Supreme Court chief public prosecutor's office and the defendant HDP will be able to submit additional evidence or additional written defense.

After the report is distributed to the members of the Constitutional Court, Arslan will set a day for the meeting. The members will come together on the specified day and begin to discuss the request for closure.

The delegation of the Constitutional Court, consisting of 15 people, will decide on the closure case against the HDP. The dissolution of the party due to the circumstances listed in Article 69 of the Constitution, or the party's partial or complete deprivation of state aid depending on the severity of the actions in question, can be decided by a majority of two votes out of three of the members attending the meeting, that is, with the votes of 10 of the 15 members.

The final decision regarding the party will be sent to the Supreme Court's chief public prosecutor and the relevant political party and will be published in the Official Gazette.

If the Constitutional Court determines that the party members, for which a political ban is requested, caused the party to be dissolved with their statements and actions, these persons will not be able to be the founder, member, manager or supervisor of another party for five years, starting from the publication of the final decision in the Official Gazette.

The indictment against the party accuses HDP leaders and members of acting in a way that flouts the democratic and universal rules of law, colluding with the PKK and affiliated groups, and aiming to destroy and eliminate the indivisible integrity of the state with its country and nation. The indictment also accused the HDP of becoming the focal point of actions in violation of the state's "unbreakable unity," and that the HDP had an "active role in providing personnel" to the PKK.

Among the past statements of party leaders proving the close ties to the terrorist group, HDP co-Chair Pervin Buldan confessed to previous contact and communication between the party and the terrorist group, she also praised jailed PKK leader Abdullah Öcalan and his role in the foundation of the party by rejecting the fact that the PKK is a terrorist group. Figen Yüksekdağ, a former co-chair of the party, during a speech in 2015 said that they lean on the PKK's Syrian branch, the YPG, and other related groups. Another of the party's former co-chairs, Selahattin Demirtaş, in another speech in 2012 also said that they would build a statue of Öcalan, whose posters are often found in local HDP offices. The images of Öcalan and pro-PKK slogans during the party meetings constitute more proof of the close ties in the indictment.

The party's role in the riots of Oct. 6 - 7, 2014, was also included in the indictment. In October 2014, amid a Daesh siege on the YPG in Ain al-Arab – or Kobani – Demirtaş and other HDP officials called for riots. In the events that would become known as the Oct. 6-7 Kobani protests, 31 people were killed and some 350 others were injured in clashes between pro-PKK and conservative Kurdish groups and security forces throughout Turkey, especially in the southeast.

In a similar case, Batasuna, a Basque separatist political party in Spain, was banned in 2003 after a court ruling declared that the party was financing the separatist group ETA, or the "Basque Homeland and Liberty," with public money.

The party is included in the European Union's list of terrorist organizations and their members as a component of the ETA. The Spanish ruling was appealed before and, later on, confirmed by the European Court of Human Rights.

Batasuna was a part of the Basque National Liberation Movement, which includes social organizations, trade unions, youth and women's groups. Other groups closely related to Batasuna were also declared illegal by different court rulings on the same charges of having collaborated with or being part of the ETA.

AK Party: Final say belongs to the law itself

“The law has taken action against the complex network of the HDP’s politics and felt the necessity to evaluate the case under the light of the law,” said the ruling Justice and Development Party's (AK Party) parliamentary group head, Naci Bostancı, on Friday.

Speaking to Anadolu Agency (AA), Bostancı expressed that the AK Party believes parties can be opened or closed by only the nation itself. He added that the party previously accelerated efforts to make it harder to shut down political parties and yet, many politicians, including some who currently work in the HDP, opposed the idea at the time.

Still, Bostancı added that it would not be realistic to support an idea that rejects the closure of parties as a whole, especially in a country like Turkey where the fight against terrorism is a major topic.

“The final say belongs to the law itself,” he emphasized.

Meanwhile, following the launch of the closure case, Turkish security forces arrested 35 suspects, including members of the HDP, as part of operations against the PKK terrorist group across the country, security sources said Friday.

Counterterrorism police in Istanbul launched simultaneous operations in four districts to nab 15 suspects who were sought with warrants for carrying out activities on behalf of the PKK, said the source, on the condition of anonymity.

HDP co-chairs of Kağıthane district and a co-chair of the Beşiktaş district were arrested during the operation, the source said.

Ten of the suspects were arrested, while the hunt for the remaining five suspects continues, the source added.

Some organizational documents and digital materials were also seized.

Separately, anti-terrorism police in the southern Adana province launched another operation against the PKK terrorist group, according to a security source who asked not to be named due to restrictions on speaking to the media.

Eight people who allegedly took part in the terrorist organization's illegal demonstrations and seven others suspected of spreading terrorist propaganda on social media were arrested with the help of special operations police.

Prosecutors in the capital Ankara also sought the arrest of 12 people suspected of links with the PKK as part of a probe against the terrorist group, according to the prosecutor's office in the capital.

The suspects, including former HDP district heads, were thought to be in preparation of a demonstration in the city in line with calls and instructions on websites linked to the terrorist group, it said.

Ten of them were nabbed by police teams and the operation is ongoing to arrest the remaining suspects.