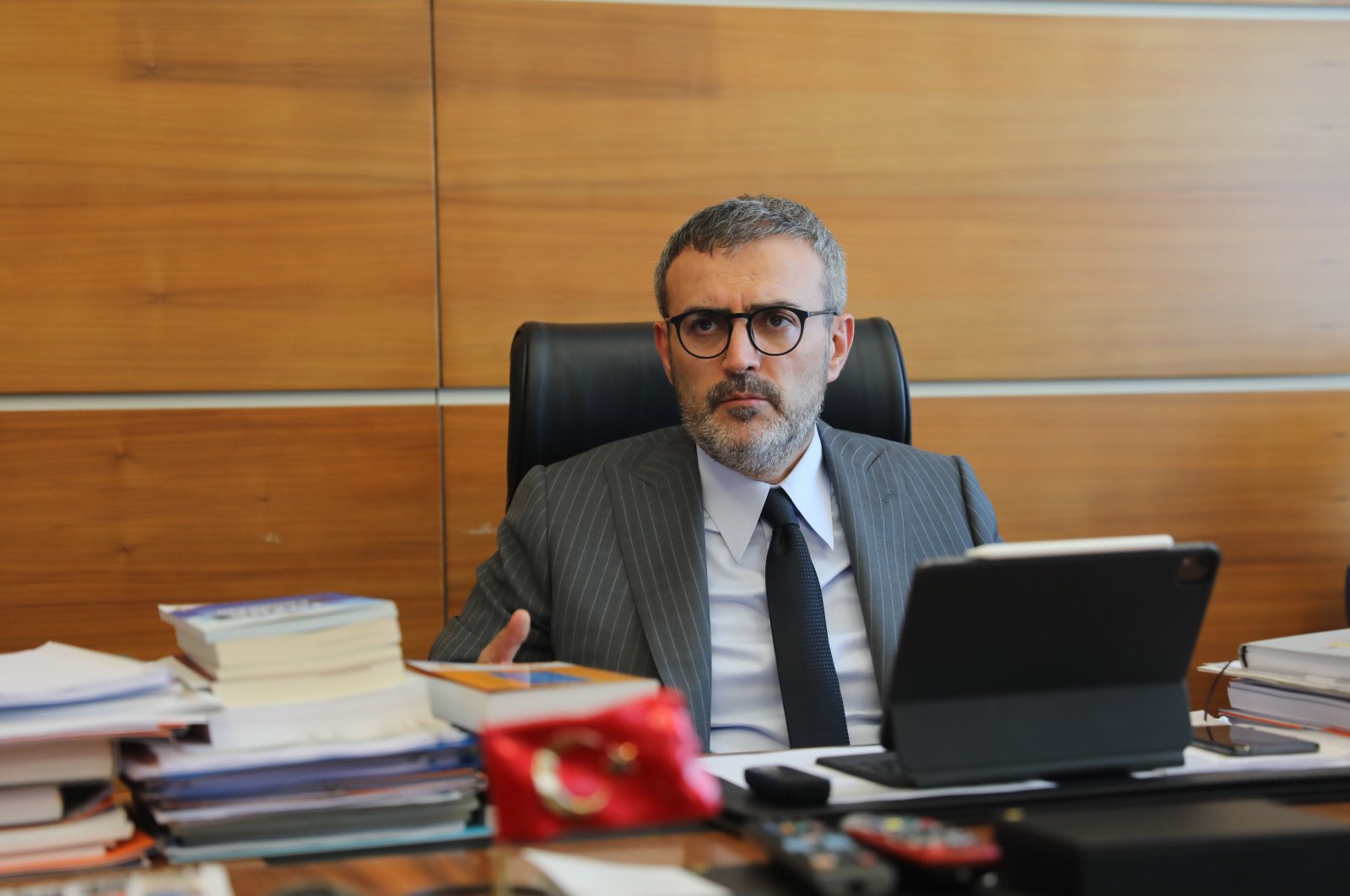 The ruling Justice and Development Party's (AK Party) seventh ordinary congress will be held under the slogan "Trust and stability for Turkey," the party's deputy chair, Mahir Ünal, said Friday.

Speaking to Anadolu Agency (AA), Ünal said that the congress process will be finalized on March 24 with the seventh ordinary congress in the capital Ankara after the completion of women and youth branches' congresses.

Launched in late 2019 and interrupted by the COVID-19 pandemic, the provincial congresses were completed recently, Ünal said and added: "This congress will actually constitute a response to other provincial congresses because it will be a response to the questions of what we believe for Turkey, what are we struggling for and what our journey is for. There is an important thing we need to see in the AK Party's 19-year rule. Imagine a party that is 20 years old and rules in 19 years of it."

Underlining that it is a very rare success in world political history, Ünal added that the slogan of the upcoming party was chosen because Turkey will develop with trust and stability.

He said the AK Party's chairperson, President Recep Tayyip Erdoğan has been the main actor of the trust and stability during these 19 years, adding: "There is a huge leadership crisis all over the world today. Recep Tayyip Erdoğan's leadership is one of the main factors that increase Turkey's competitive advantage. Therefore, we will have a 'leader' film."

Referring to the AK Party's and Erdoğan's 2023 targets, the congress will mark the beginning of 2023, and Erdoğan will share its details with the public, said Ünal, also underlining the expected changes in the party organizations in line with the ongoing reform initiative.

Erdoğan recently expressed his confidence in winning the elections in 2023, saying that it will be a year of victory for the People’s Alliance. The ruling AK Party forged an alliance with the Nationalist Movement Party (MHP) in the 2018 parliamentary and presidential elections. The alliance got a majority in Parliament, while their presidential candidate, Erdoğan, also won the election with 52.6% of the votes. The AK Party has consistently denied rumors of early elections, despite the speculation of opposition parties. Turkey is expected to hold presidential elections in June 2023.