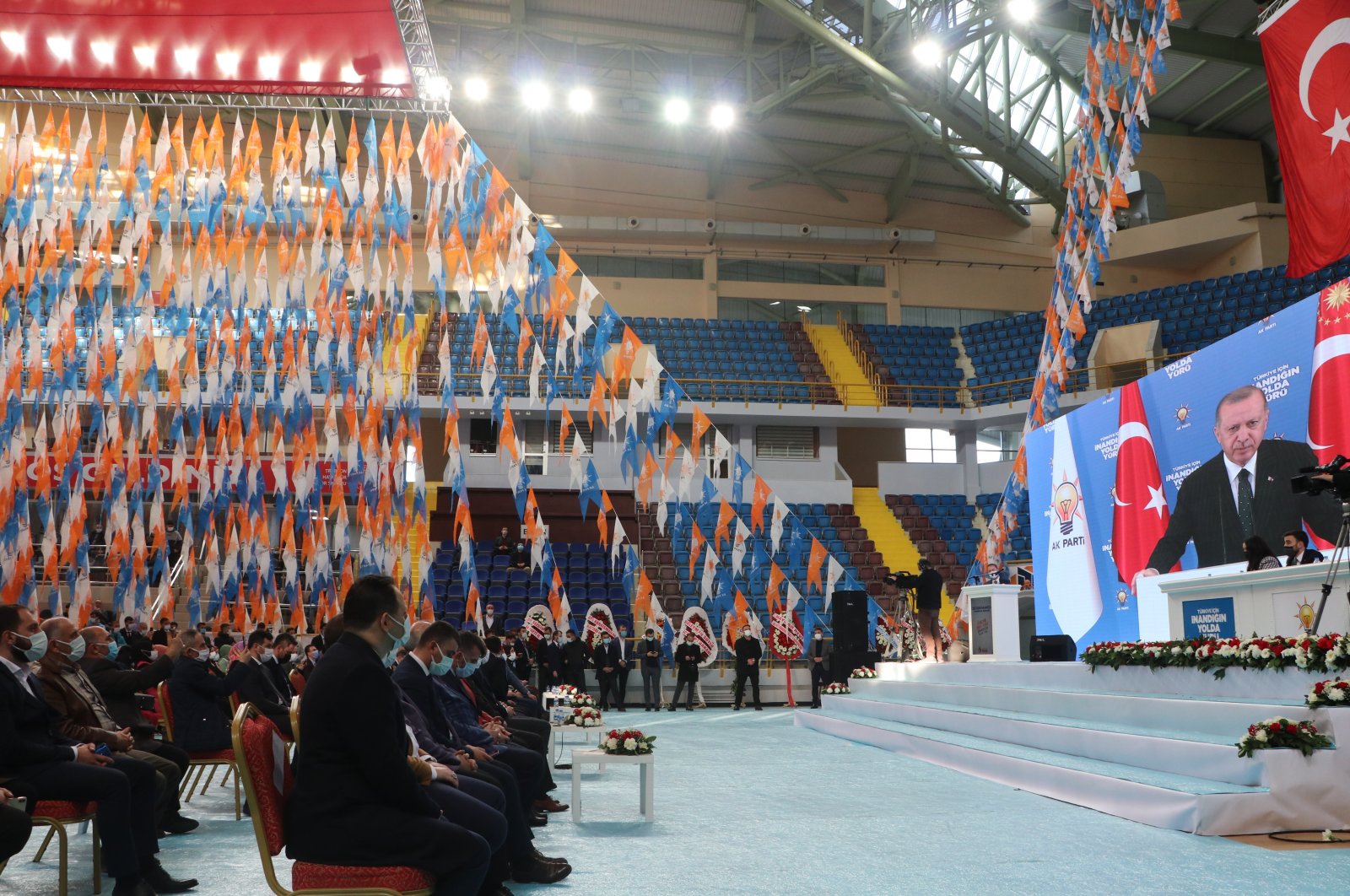 We believe that we will build a stronger and more prosperous Turkey with the youth, an official of the ruling Justice and Development Party (AK Party) stated Wednesday, underlining the importance his party attaches to the country’s youth.

Referring to the sixth congress of the party’s youth branches that will take place next week, the head of the youth branches, Ahmet Büyükgümüş, said: “It will be a congress where we unitedly convey to the whole world the voice of the youth from Turkey. Turkey has new goals, we have the goals of 2023 as well as the visions of 2053 and 2071.”

Büyükgümüş stated that parallel to the congress works, efforts to gain new members are also being put forth. “We have gained around 500,000 new names in the AK Party youth branches. In this congress process, we have mainly taken into consideration the ideas of these new names,” he said, adding that this disproved the claims that Turkey’s youth does not prefer the AK Party.

Highlighting that AK Party youth branches are comprised of young people under the age of 30, Büyükgümüş said that half of the members are between the ages of 18-25.

He elaborated that President Recep Tayyip Erdoğan meets with the heads of the youth branches every month in 81 provinces and that the meetings were not disrupted by the coronavirus.

The party has long put an emphasis on rejuvenating itself and expanding the number of young people in its structure.

Turkey has the largest percentage of young people of any European nation, with 16% of its overall populace between 15-24 years of age. Thus, Turkey's political future is expected to be highly affected by the preference of young voters.

In 2019 Turkey's youth boasted 15.6% of the population, inching down 0.2% percentage points on a yearly basis, according to the country's statistical authority.

The AK Party has always prioritized the participation of young people in decision-making processes. The age limit for being elected was reduced to 18 in order to allow young people to enter Turkish politics. The youngest deputies in the Parliament were also from the AK Party. One of the aims of the AK Party is to improve and introduce further projects for young citizens in the period ahead.

Within its base, the AK Party has millions of people from differing political backgrounds, and since winning its first election, its voter count has increased in every subsequent election.

Büyükgümüş underlined that a similar structure of various backgrounds exists in the party’s youth base.

“Whatever color there is in Turkey, it can find itself a place, raise its voice and have the chance to turn this into politics in the AK Party,” he continued.

He added that it is a priority to form the party’s 2023 vision according to the expectations and visions of the youth and with their contribution.

Büyükgümüş also criticized the opposition for using the youth as a political tool and misusing their energy.

“In Turkey, the opposition tries to snatch away from the youth for political purposes using some of their objections and statements without doing politics with them together and without sharing a joint vision with them,” he highlighted.