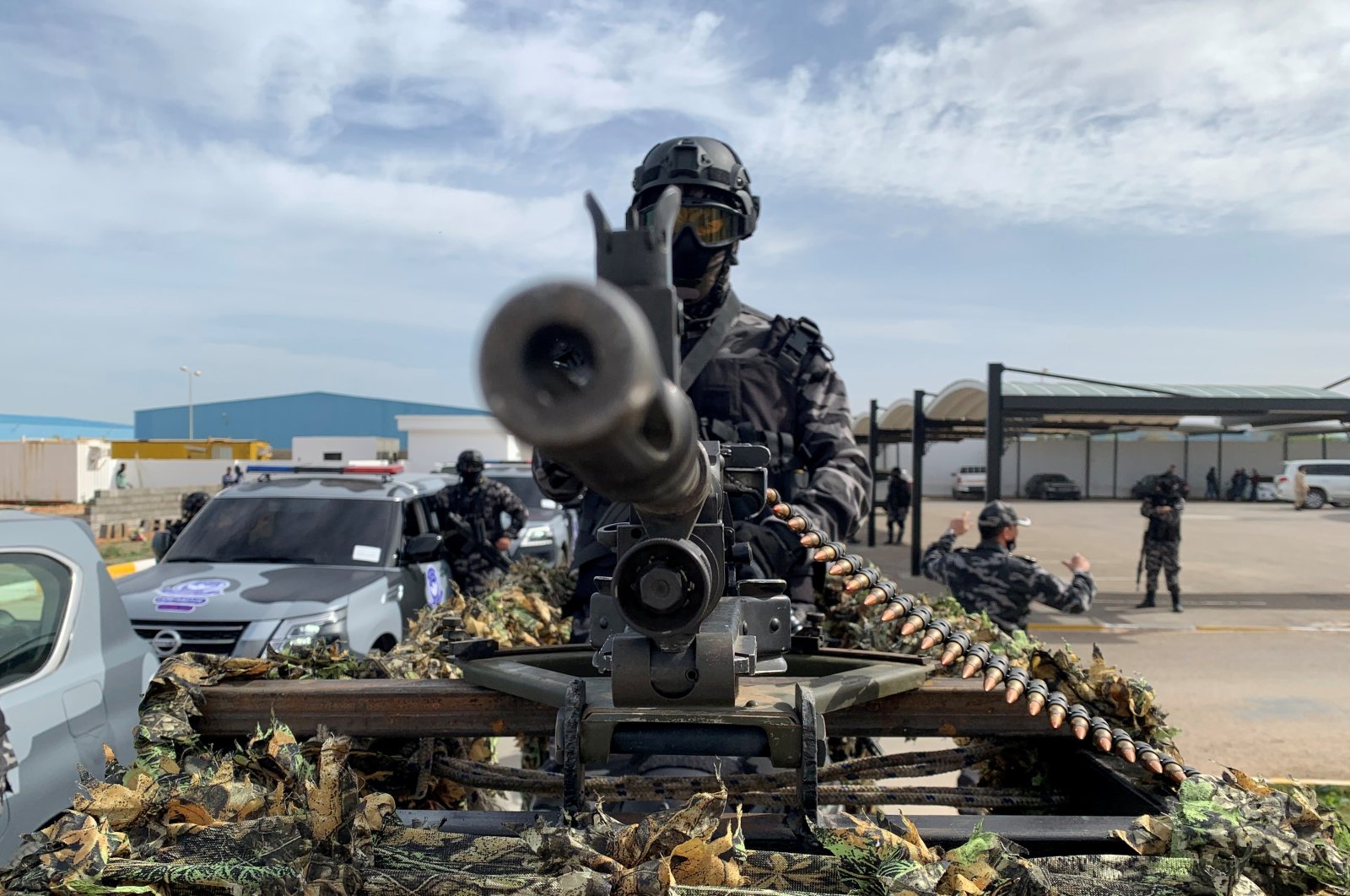 As political talks aimed at finding a resolution to the yearslong chaos in the country approach the critical phase of selecting a new temporary executive, obstacles to diplomacy risk a return to conflict.

Libyan delegates, ranging from regional and tribal figures to representatives of political factions, at the Libyan Political Dialogue Forum (LPDF) in Geneva have until Friday to select a prime minister and a three-member presidency council from a list of 45 candidates.

The new unified, interim executive authority will be primarily tasked with leading Libya to national elections set for Dec. 24, 2021, and to reunify state institutions.

Although an October cease-fire called for all foreign mercenaries to leave the country and for the main coastal road between west and east to reopen, mercenaries remain and the road is closed, the U.N. stated last week.

Those unable to travel on the flights that resumed between the capital Tripoli in the west and Benghazi in the east last year have no other option but to make the long, dangerous detour through the desert.

"Drivers face violence and abuse. Sometimes we lose contact with the drivers for two days until they reach safety and can get a mobile signal," a transport company worker, who asked not to be named fearing reprisals from armed groups, told Reuters.

A 24-year-old driver from Benghazi, waiting in Tripoli to fill his minibus with goods to take back, said he had no other way to make a living.

"The road is difficult and there is a lot of looting. The trip takes about a day and a half," he said, which is double the time it would take along the coastal road.

The transport company worker said stories of attacks on drivers were commonplace.

"Last week a group of armed men stopped a driver and stole everything – even chemotherapy doses. The thugs will target anything they find."

The continued closure of the key artery, and lawlessness along alternative routes, lay bare how Libya remains beset by instability 10 years after the NATO-backed uprising that toppled Moammar Gadhafi but unleashed a civil war.

The U.N. last week urged both sides of the conflict to reopen the coastal road between Misrata and Sirte.

Belqasem Egzait, a member of the State Council set up as part of an earlier peace process, said he believed diplomacy was moving forward but would be slow.

"The political track is by its nature complex. That complexity will continue," he told Reuters.

Among the names for the premiership are the Government of National Accord’s (GNA) Interior Minister Fathi Bashagha and Deputy Prime Minister Ahmed Maiteeg, both of whom are from the coastal city of Misrata.

Nominations for the presidency council include GNA Defense Minister Salah Eddine al-Namrush and head of the Tripoli-based High Council of State Khalid al-Mishri.

Council candidates from the east include key powerbroker Aquila Saleh, the current speaker of the Tobruk-based parliament, and Mohammed al-Bargathi, Libya's ambassador to Jordan.

While the U.N.-backed talks have progressed, many Libyans fear competition for posts could yet trigger fresh fighting, unraveling a cease-fire that has largely held since October.

Risk of return to war

In recent statements, representatives on both sides of the frontlines accused each other of refusing to abide by cease-fire terms that temporarily halted the 14-month assault.

But in Benghazi, Haftar forces spokesperson Ahmed Mismari blamed the west for breaching the agreement.

Meanwhile, armed clashes broke out Tuesday between rival militias loyal to Haftar in Sirte, according to military sources speaking to Anadolu Agency (AA). Militants from the Tariq bin Ziyad Brigade launched an attack on the main headquarters of Al-Kaniyat Brigade in Sirte, the sources said, noting that large quantities of weapons were transferred to the scene of the clashes. It remains unclear what caused the clashes and whether there were any casualties in the violence.

Along the frontline between the cities of Sirte and Misrata, a joint military committee is still discussing cease-fire terms.

On the GNA side, a local field commander, Musa Araibi Mayouf, said the absence of fighting since the summer showed that the current talks were serious, but he acknowledged the risk of a return to warfare.

"There are obstacles, and they are the gentlemen who sit in the political chairs," he said.

The GNA's army similarly had frequently voiced that there was military buildup around Sirte and central Jufra as well as in the southern regions by forces loyal Haftar.