Hide-and-seek politics of US on PKK terrorism 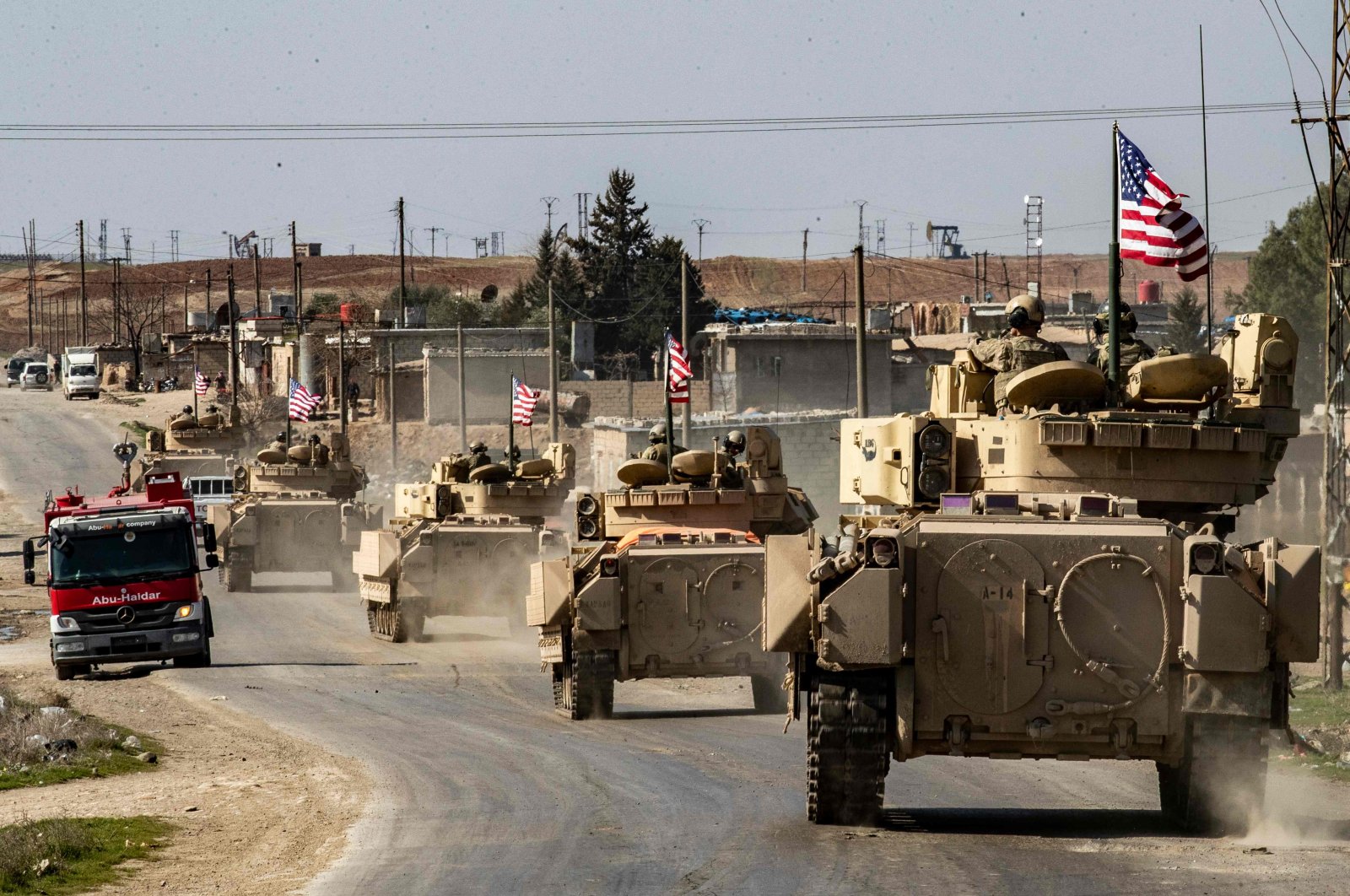 Turkey was shaken by painful news this weekend. The PKK terrorist organization, which Turkey has been fighting for 40 years, executed 13 unarmed Turkish citizens, who were abducted at different dates while going to their homes, work, schools or loved ones, in Iraq’s Gara region. It is not difficult to believe that the PKK, which according to Interior Minister Süleyman Soylu has killed 6,021 civilians including women, children, the elderly and infants since 1984, has slaughtered 13 more innocent lives. It is especially not difficult to believe if you are a country that has been fighting such a gruesome terrorist organization like Turkey for 40 years.

While Turkey is mourning for its fallen citizens, it has also gathered all the details on the slaughter to present to both the country and the international community. The autopsy reports of the 13 Turkish citizens, 12 of whom were shot in the head and one in the shoulder, as well as the statements of the terrorists who were captured alive, were presented to the public, to foreign mission representatives and to parliament members.

As Turkey handles the process with transparency despite this great pain, one message of condolence from a particular country drew a harsh reaction. An expression used in the written statement made by the U.S. State Department spokesperson was perceived as unprecedented impoliteness by the Turkish state and people.

The spokesperson said that if reports that the PKK was responsible were confirmed, “we condemn this action in the strongest possible terms,” clearly indicating that the U.S. does not trust Turkey’s statements.

Even though U.S. State Secretary Antony Blinken and Washington’s envoy to Ankara David Satterfield took back their words on the very same day during calls with Turkish authorities, no one was convinced that this was a political communication accident by a country such as the U.S.

After being summoned to the Foreign Ministry and Defense Ministry over this statement, all documents on the Gara operation, the cave the PKK used and the killed civilians were presented to Satterfield.

In fact, there was already sufficient evidence for Washington to believe in the slaughter the PKK carried out even without the Turkish government presenting all of these documents. Defense Minister Hulusi Akar stated that the PKK terrorist who conducted the slaughter participated in many massacres in southeastern Şırnak’s Beytüşşebap in 2017 before fleeing to Syria’s northeastern Qamishli and Hassakeh province’s al-Malikiyah district (Derik), where he was responsible for the organization’s front line during 2017 and 2018. Akar added that the terrorist was sent to Gara from Derik when he became sick.

Today, it is clearly known where U.S. soldiers in Syria are stationed, to whom arms are transported and from where. Hundreds of books and articles have been written on the U.S.’ close relationship with the PKK’s Syrian wing, the YPG. U.S. soldiers, who are mainly located in Qamishli and Hassakeh, this week sent trucks of arms and ammunition to the YPG from Iraq.

With this sentence, Erdoğan was perhaps signaling that Biden already knows the PKK well because it is known that those who were brought to high-level positions in the Biden administration are the architects of the U.S.' partnership with the YPG in Syria.

Therefore, it will not be possible for Ankara to pass over the U.S.’ statements in its message of condolence as a simple gaffe.

On the other hand, Turkey has stated its determination to wipe out the PKK and its affiliates in Iraq and Syria until the last terrorist is eliminated without U.S. support, which it had sought until today.

This situation has surpassed being just a fight against a terrorist organization threatening Turkey’s national security. It has evolved into a fight against the most dangerous and sanguinary actor of the U.S.’ new regional political design centering on Syria.

The increasing attacks of the YPG in Turkish-controlled areas in Syria’s north and the recent attack in al-Bab are examples of this.

On the other hand, the fact that Daesh’s attacks are on the rise in Syria and Iraq strengthens the possibility that efforts to make the YPG gain legitimacy have accelerated.

In the face of these possibilities, Ankara has prepared all plans against the terrorist organization and its affiliates in Iraq and Syria.

The Claw Operations, consensus with Iraq on clearing the Sinjar region as well as the Gara operation are indicators of this.

Erdoğan’s statement that “From now on, no country, institution, structure or person can question, criticize or come against Turkey’s operations in Iraq and Syria” also verify this. Ankara has determined it an irreversible goal to disconnect Qandil, Sinjar and Qamishli.

Now, all eyes are on more controlled and honest statements from Washington. Turkey agrees on developing an open and honest dialogue based on mutual respect with the new U.S. administration. Even though no signs of such honesty can be seen, it is a reality that Erdoğan attaches importance to dialogue on the leadership level and with Biden.

Yet, it needs to be known that the U.S. either will continue the game of hide-and-seek it has been playing with the PKK and its affiliates until today or lose Turkey in a real sense.