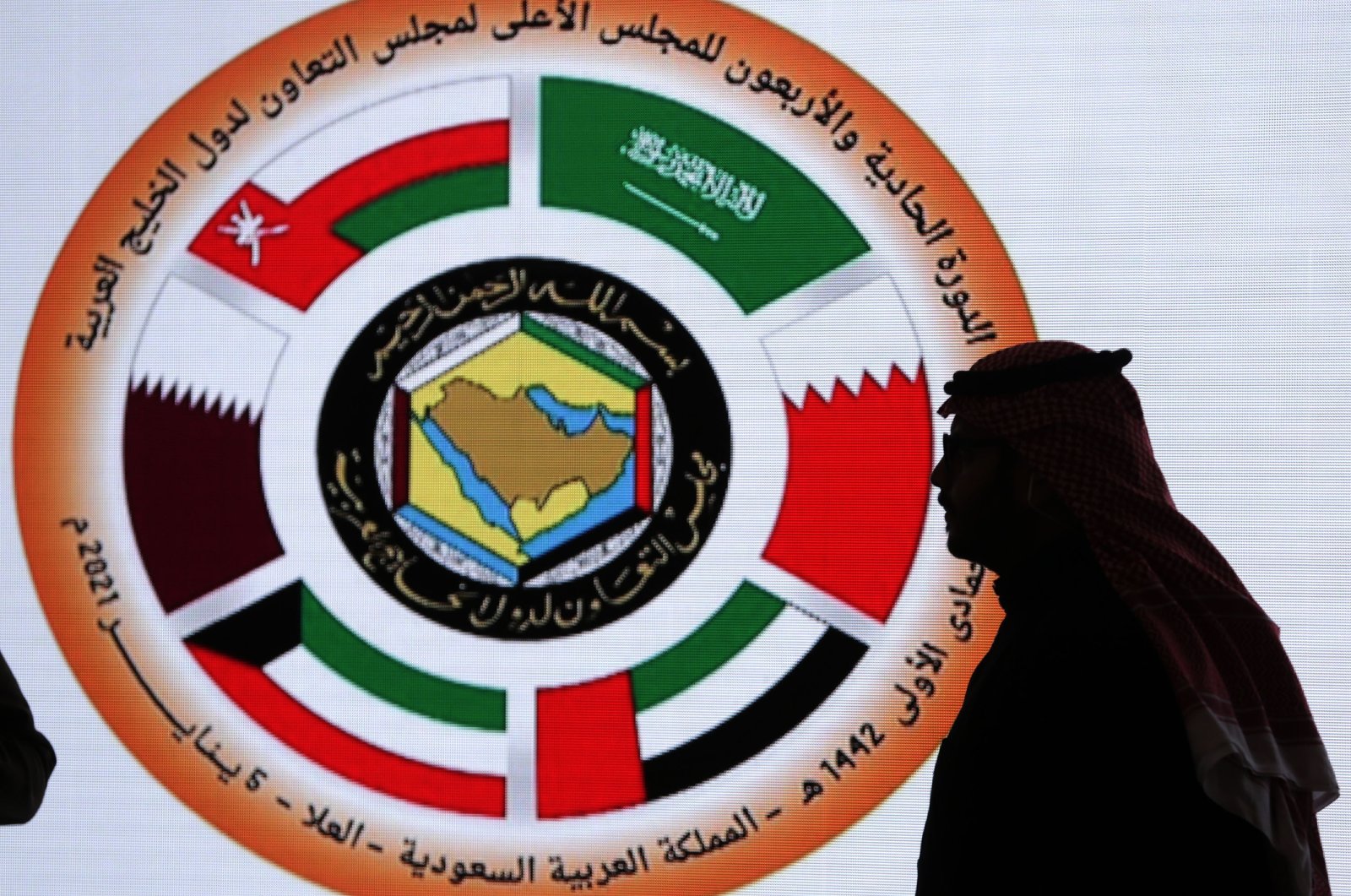 As their rift ends and Gulf states welcome Doha back into their alliance, all eyes are on Turkey as the next possible partner to the region. Still, experts warn that Ankara’s interests and concerns should be recognized by the Gulf states so sustainable cooperation can be realized

Turkey-Gulf relations are expected to enter a new period of revival as the regional countries drop their guard against Doha, the main ally of Ankara, and signal normalization in ties, the experts say.

"Four years after the initial blockade, we see that this attitude is no longer sustainable. The fact that the normalization process is kicked off with Qatar signals that the ties will be revived with Turkey as well, eventually," said Mehmet Şahin, an international relations professor.

However, according to Şahin, it would not be realistic to expect such a normalization to take place at an instant.

"But it would happen eventually, and this is a positive development," he continued.

In June 2017, a Saudi-led coalition issued 13 sweeping demands, including the closure of the Al Jazeera news network and the shuttering of a Turkish military base, in exchange for ending its blockade of Qatar. They also demanded Doha curb relations with Riyadh's archrival, Tehran, in a situation that came to be known as the Gulf crisis. Qatar rejected the demands, calling them "unrealistic" and "not actionable," leading to a stalemate. The rift seems to have eased, with the countries now re-engaging in dialogue.

Regarding the notorious 13th article of the demands, Hüsamettin Inaç, head of the Political Science and International Relations Department at Dumlupınar University, expressed that it is clear today that such withdrawal of the Turkish forces from Doha will not take place.

"Still, Qatar will probably be pushed to take a step back from its cooperation with Turkey, but the strength of their ties will not allow that to happen. In fact, the current conjecture requires the Gulf countries to have good relationships with Turkey," Inaç stated.

Last week, Turkish Foreign Minister Mevlüt Çavuşoğlu took a three-day Gulf tour during which he visited three stops: Kuwait, Oman and Qatar. All of these stops witnessed constructive speeches by Çavuşoğlu, in which he invited all Gulf countries to cooperate with Turkey while underlining Turkish support for peace and stability in the region.

"Turkey is the strategic partner of the (Gulf Cooperation Council) GCC, and we welcome the normalizations between the GCC countries and some other countries in the region. Turkey supports the unity, prosperity and security of the Gulf region," Çavuşoğlu said in Oman on Wednesday.

"We are ready to work closely with Oman and all other Gulf countries on issues regarding our region," he said.

Emphasizing the fact that Turkey views the stability and security of the Gulf region as a reflection of its own stability and wealth, the foreign minister highlighted in Qatar that Turkey is prepared to boost diplomatic cooperation with the regional countries through the establishment of more bilateral diplomatic mechanisms. He went on to say that Turkey and Qatar's partnership could be helpful in restoring peace to the region and that the two are willing to mediate conflicts.

"There is no doubt that the Turkey-Qatar partnership has transformed Gulf politics in terms of the regional power balance. It would not be wrong to say that the winner of the blockade is Turkey. Turkey's step toward Qatar in 2017 turned Qatar into a strategic partner and showed Saudi Arabia and UAE (United Arab Emirates) their limits. This is also regarded as an important message by Kuwait and Oman, both of which refused UAE's and Saudi Arabia's patronage," Ismail Numan Telci, associate professor at Sakarya University and vice president at the Center for Middle Eastern Studies (ORSAM).

Still, despite all these positive remarks, according to Telci, it might be a bit soon to come up with a normalization claim in the region, since the trust between the countries has suffered tremendously.

"It will not be easy for Qatar to reestablish its trust toward the countries that issued the blockade. In fact, it may not even be possible to say that the trust will be able to be rebuilt 100% ever," he said.

"Qatar will not change its stance in foreign policy and in this respect will pursue its independence. This will fuel the discomfort that countries like UAE and Saudi Arabia have toward Qatar since they aim to shape its diplomacy. Still, yes, when it comes to official diplomacy, the relationships seem normalized," Telci continued.

In Telci's opinion, Turkey's main agenda on its ties with the Gulf countries is to provide peace and development.

"Thus," he said, "in its bilateral ties with the Gulf states, Turkey grasps the principle of cooperation in diplomacy and economy. In order to have a win-win relationship, Gulf states should increase their investments in Turkey while Turkey should support the Gulf countries' attempts to diversify their economic initiatives. If there would be a priority on regional and global partnerships as well, then it can be said that the upcoming period will witness a term filled with increasing Turkey-Gulf countries partnership."

Although it is still ambiguous whether or not the bilateral ties with the Gulf states will ever reach that desired level of win-win, experts point to one fact that pushed the Gulf countries to cooperate with Turkey: the change in the U.S. presidency.

"Especially the Saudis are in an attempt to change their stance toward Turkey in a positive direction. Unlike Trump, the Biden administration will not tolerate the human rights violations of the Saudis. This will eventually push Saudi Arabia toward Turkey," Inaç said.

According to Inaç, under the Biden administration, the Gulf countries will lose their "privileges" that they enjoyed under Trump's leadership.

Trump is viewed favorably by Gulf heavyweights Saudi Arabia and the UAE for pulling the U.S out of a nuclear accord with Iran and reimposing sweeping sanctions that have drained Iran of vital oil revenue. Biden, on the other hand, has said he wants to return to rapprochement with Iran. Analysts say Biden is expected to be more willing to engage the Iranians in order to avoid major escalation, although he’s likely to press Tehran on its missile program and not just its nuclear program.

'UAE has to approach Turkey'

"Even UAE is currently seeking a rapprochement with Turkey because of Turkey's new strategic position in a newly-shaped world order that is based on the U.K.-China axis," Inaç continued.

Turkey-UAE relations have suffered serious damages in the past few years. Last year, relations between Turkey and the UAE hit an all-time low, and President Recep Tayyip Erdoğan had said that Ankara could suspend diplomatic ties with the Abu Dhabi administration after the deal between the UAE and Israel. Turkish officials said at the time that the UAE supports terrorist organizations that target Turkey, using these organizations as a useful political and military tool abroad. The rift also prompted a smear campaign against Turkey and Turkish products in the region.

The UAE is a part of a Saudi-led coalition in Yemen that launched a devastating air campaign to roll back Houthi territorial gains in 2015, further escalating the crisis in the war-torn country. In Libya, Abu Dhabi backs putschist Gen. Khalifa Haftar and seeks to oust the legitimate U.N.-recognized GNA. In Syria, it supports the Bashar Assad regime in its offensive against democracy and civil rights. Turkish officials have also accused the UAE of offering financial and logistical support to the PKK terrorist group, which carries out attacks on Turkey.

"Before Yemen and Libya, the alleged support of the UAE to the July 15 coup is still in the minds of the Turkish policymakers," said Telci, implying that the UAE was also attempting to interfere in Turley's domestic politics.

In August, Turkey's National Intelligence Organization (MIT) revealed that the UAE, in cooperation with Israel, was going to try to destabilize Turkey, Iran and Qatar. MIT added that it wanted UAE spy Mohammed Dahlan, who maintains contact with certain recently established media outlets in Turkey, to serve the cause by channeling funds to these organizations.

Still, the UAE state minister for foreign affairs said last month that Abu Dhabi is willing to normalize its relations with Turkey. Speaking in an interview with UAE-based SkyNews Arabia, Anwar Gargash said: "What we want to tell Turkey is, we want to normalize our relations within the framework of mutual respect for sovereignty."

"Today, UAE must have realized that the anti-Turkey policies are not sustainable since it entered into a restructuring period. It is likely that Turkey will welcome this shift in UAE's policy," Telci said on the issue.

"Still," he continued, "it is clear that UAE's and Saudi Arabia's anti-Turkey policies had both diplomatic and financial costs. Turkey would expect the two to cover up these costs. If UAE and Saudi Arabia would increase their investments in Turkey and support pro-Ankara initiatives, Turkey would change its stance toward these countries."

In Şahin's opinion, as long as the UAE respects Turkey's priorities in the region, the relations are likely to be renewed.

"Turkey's priorities in the region are the issues of the Eastern Mediterranean and Syria. If UAE will not challenge Turkey in these areas, the ties are more likely to improve," he said.

Inaç, on the other hand, said: "The crucial thing here is not that whether the Gulf countries will have peace with Turkey or not. It will eventually happen. The crucial thing is whether this rapprochement is based on Turkey's interests and concerns in the region or not."