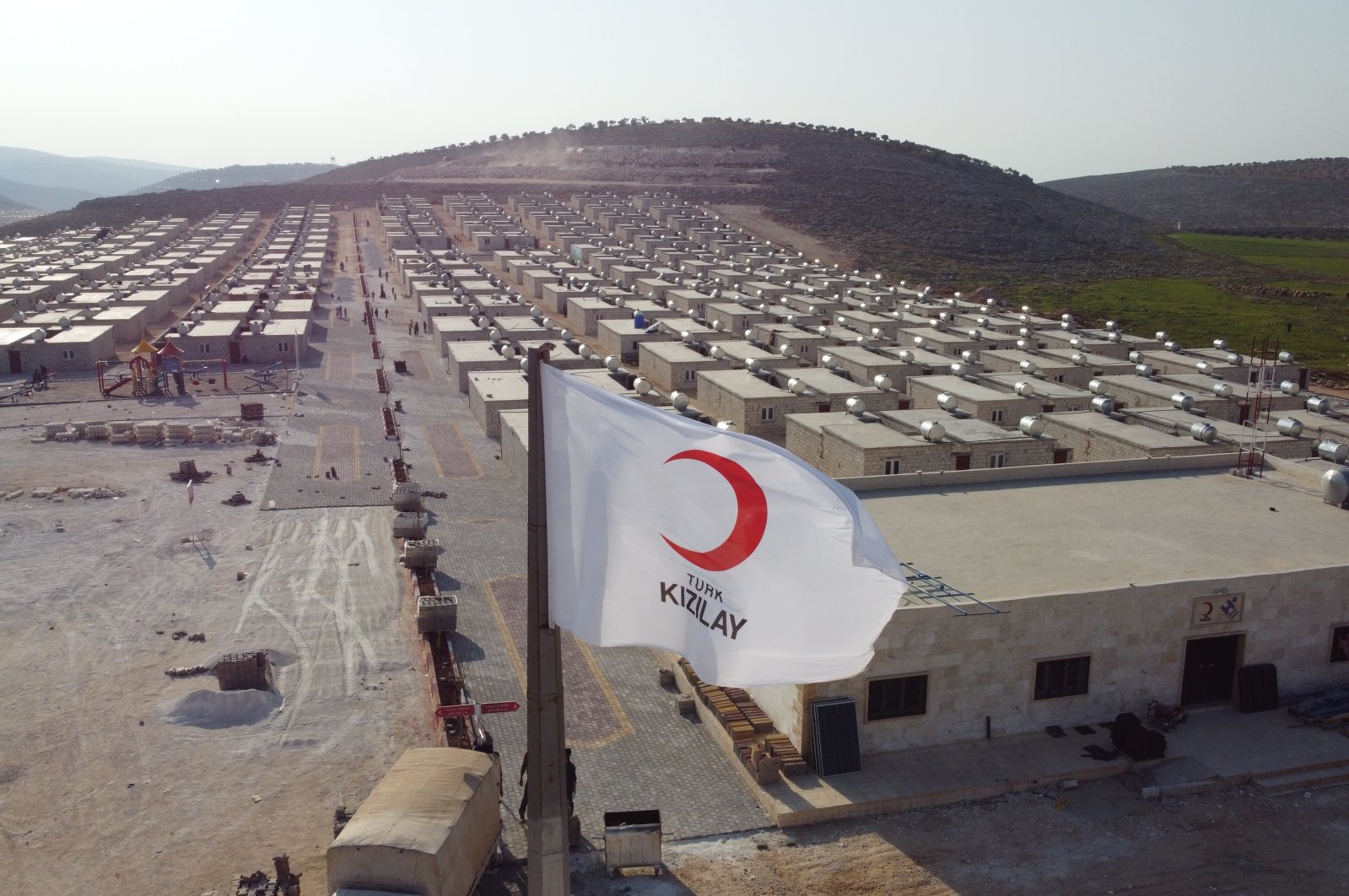 The houses were built in the town of Sarmada some 6 kilometers (3.7 miles) from the Turkish border.

Approximately 7,000 Syrians will reside in the newly built houses, he added.

The housing complex built by Kızılay also includes a 400-square-meter (4,305-square-feet) health care center, a bakery, a market area and a children's playground. The foundation was also laid for a local mosque.

"In Syria, where there are more than 2,000 refugee camps, the heaviest burden is on the Idlib side. 1.7 million people live in makeshift tents. Life here continues in tents. Today the campaign for permanent housing that was launched with the help of Turkey's all humanitarian organizations brings (displaced Syrians) one step closer to a permanent solution," Kınık said.

A campaign to help the displaced in Idlib was launched by Turkey's Disaster and Emergency Management Authority (AFAD) in early 2020 to build housing in the area. The effort aims to build more than 50,000 houses in Idlib by June this year.

People already live in or are being moved into more than 17,500 of these homes.

Idlib’s population has swelled to 3.75 million people since the civil war started in the country. Before the conflict, it stood at around 1.5 million. Many of the displaced flocked to the area near the Turkish border after the Bashar Assad regime attacks began in late 2019.