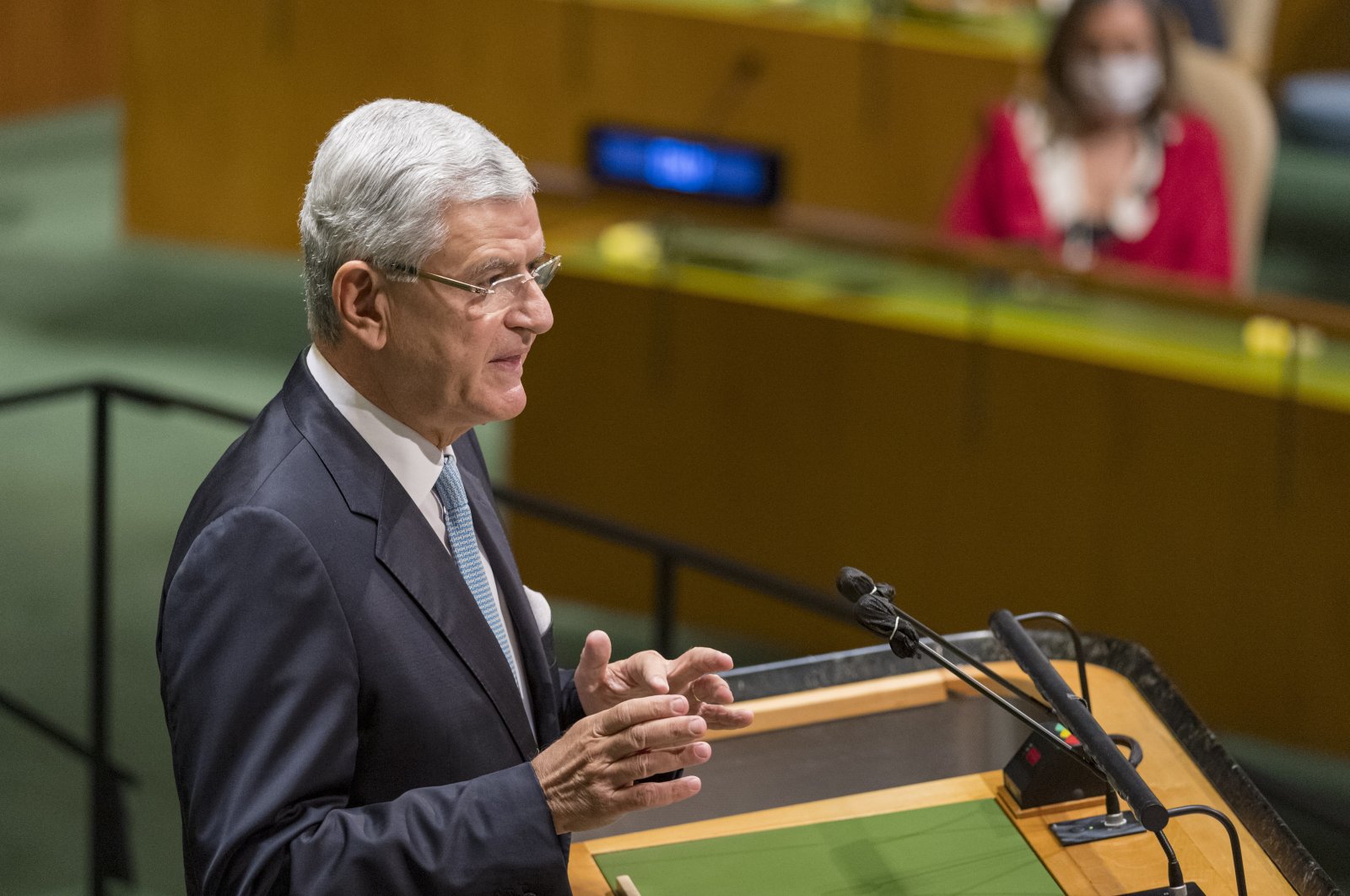 The Turkish diplomat heading the United Nations General Assembly (UNGA), Volkan Bozkır, said Wednesday that he will depart on his first official trip since taking office to visit Turkey, Qatar and Azerbaijan.

He said his stops will include Hatay in Turkey where he will meet Syrian refugees and visit the U.N. cross-border humanitarian mechanism.

Bozkır's visit comes upon the invitation of Foreign Minister Mevlüt Çavuşoğlu, a statement by the Foreign Ministry said, adding that Bozkır will also meet with President Recep Tayyip Erdoğan and Parliament Speaker Mustafa Şentop.
"Bozkır will also visit the U.N. cross-border humanitarian operations conducted from Turkey to northwest Syria as well as a temporary protection center in Hatay on 10 April 2021," the statement said.

Bozkır, who is the president of the 75th session of the U.N. General Assembly said his remarks will address the current international context – with a focus on global crisis emergencies. He is the first Turk to head the UNGA. He will hold the post for one year.

Refugees from Syria account for about 4.29% of the total population, and Turkey hosts the largest refugee population from Syria in the world, something Ankara repeatedly boasts about.

Ankara also criticized the international community for not funneling sufficient humanitarian aid for refugees in Turkey and not taking in more refugees.

Turkey has set up camps in the cities of Gaziantep, Şanlıurfa, Hatay, Kilis, Mardin, Adana, Malatya, Adıyaman, Kahramanmaraş and Osmaniye for the refugees. Yet, only a small fraction of refugees choose to stay at the camps, while some of them have bought residences or are renting all across Turkey.

Currently, 227,947 Syrians live in camps in those cities, according to the data by the state-run Disaster and Emergency Management Authority (AFAD).