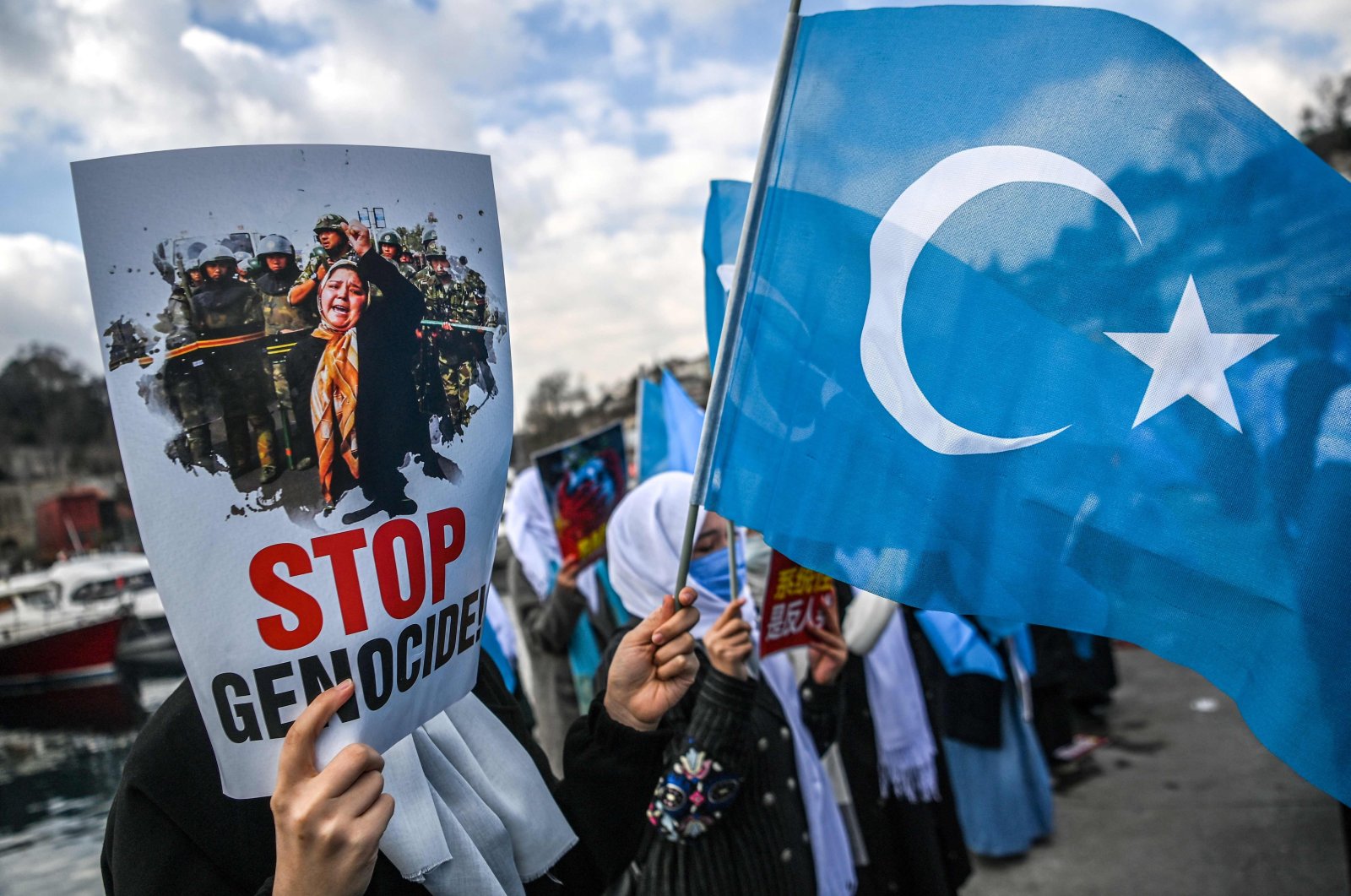 Hundreds of Uyghur women in Turkey’s Istanbul staged an International Women's Day march along the Bosporus Monday demanding the closure of Chinese camps in the country’s Xinjiang region.

The protesters chanted "stop the genocide" and "close the camps" as they marched within a few hundred meters of China's walled-off consulate in Istanbul.

"Rape is a crime against humanity," said one poster, in reference to a BBC report alleging systemic rape and forced sterilization of women at the camps, which China says are vocational training centers designed to counter extremism.

Rights groups believe at least 1 million Uyghurs and other mostly Muslim minorities have been incarcerated in camps spread out across the vast northwestern region.

Uyghurs speak a Turkic language and have cultural ties with Turkey that make it a favored destination for avoiding persecution in Xinjiang.

Recently, Good Party (IP) Chairperson Meral Akşener stated that her party will make a request urging the Turkish Parliament to recognize the atrocities committed by China against the Uyghur community as genocide, following in the footsteps of the Canadian and Dutch parliaments.

The Netherlands’ parliament passed a non-binding motion saying that the treatment of the Uyghur Muslim minority in China amounts to genocide, the first European country to make such a statement.