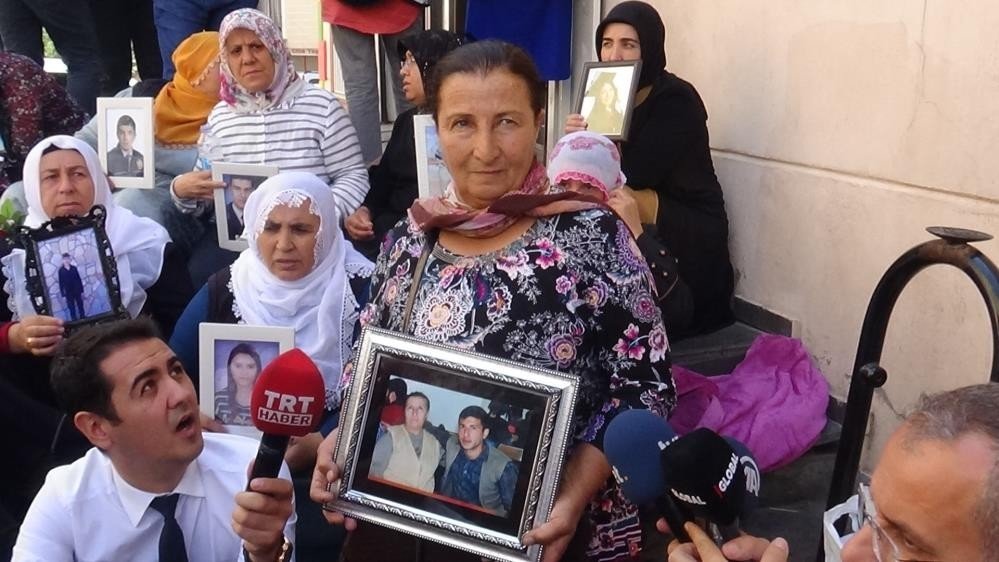 Selma Han holds a photo of herself and her son Onor Han, who was kidnapped by PKK terrorists, during a protest in front of the Peoples’ Democratic Party's (HDP) headquarters in Turkey's southeastern Diyarbakır province, Feb. 4, 2021. (DHA Photo)
by daily sabah Feb 04, 2021 10:49 am
RECOMMENDED

Another family who has been protesting the abduction of their son by the PKK terrorists in front of the pro-PKK Peoples’ Democratic Party (HDP) headquarters in Diyarbakır has reunited with their son, Demirören News Agency (DHA) said Thursday.

Mother Selma Han, originally from the Varto district of Muş province, has been protesting her 29-year-old son Onur Han’s recruitment by the terrorists since Aug. 18, 2019.

Interior Minister Süleyman Soylu announced Wednesday that one of the five surrendered terrorists was Onur Han.

He is expected to reunite with his parents at Diyarbakır Gendarmerie Command later on Thursday.

The Han family will be the 23rd family to reunite with their children abducted by the PKK terrorists.