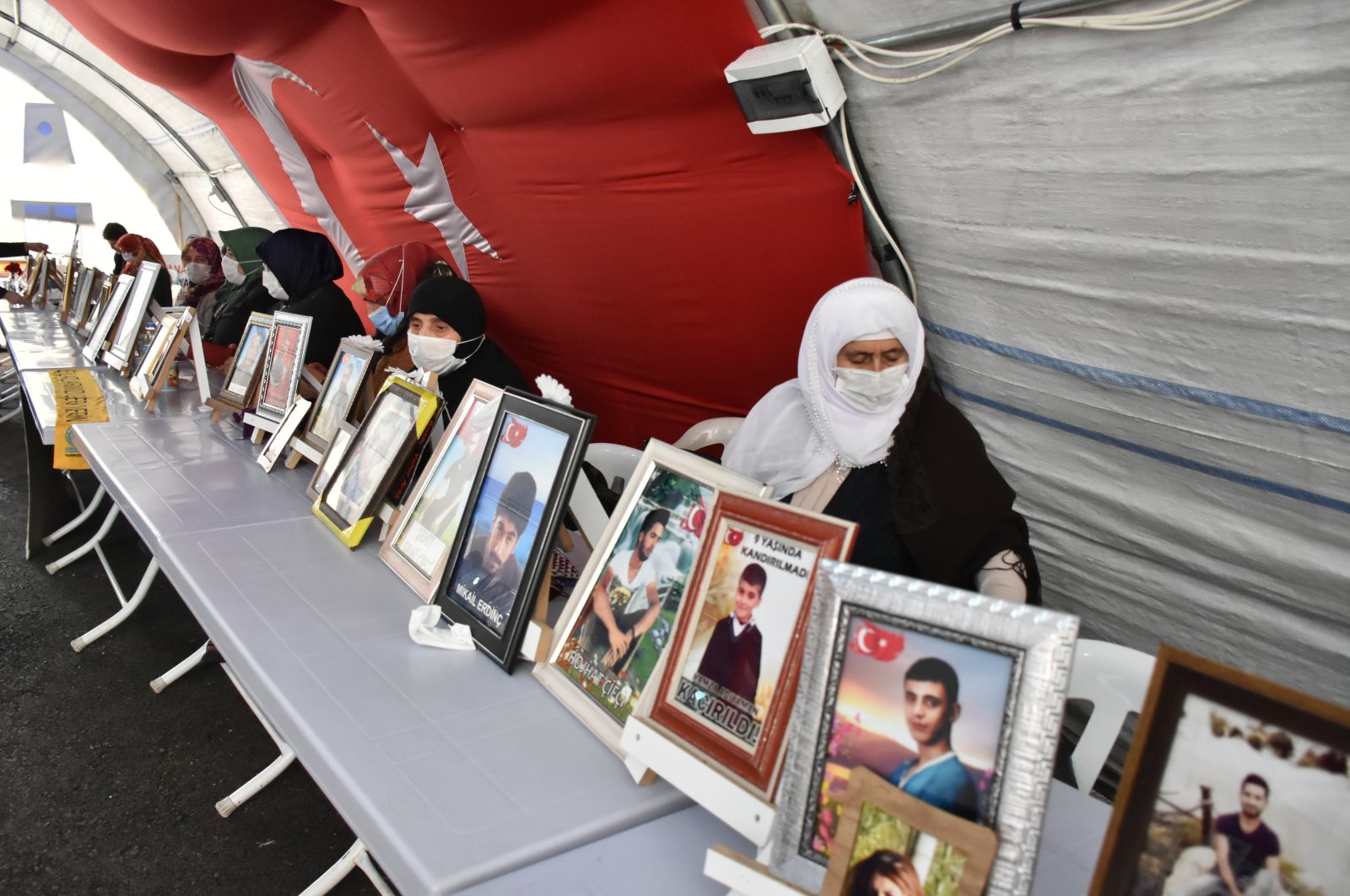 Mothers continue their protest in a tent that showcases photos of their children abducted by the PKK terrorist group, set up outside the Peoples' Democratic Party (HDP) headquarters in Diyarbakır province, southeastern Turkey, Feb. 2, 2021 (AA File Photo)
by DAILY SABAH WITH AA Feb 14, 2021 1:30 pm
RECOMMENDED

One more family is preparing to reunite with a child as many more continue their sit-in against the PKK terrorist group that has forcibly abducted their sons and daughters, including minors.

Interior Minister Süleyman Soylu said on Sunday a 24th family is going to once again embrace their child and that the PKK would be eradicated as more members surrender to security forces through persuasion.

The ministry announced that two PKK affiliates fled the terrorist group and surrendered to Turkish authorities.

The sit-in protest began on Sept. 3, 2019, in Diyarbakır province outside the Peoples' Democratic Party (HDP) office, which the government accuses of having links to the PKK, when three mothers claimed PKK terrorists forcibly recruited their children. It has been growing for more than 529 days.

Since then, 23 families have been reunited with their children thanks to the protest’s success.

A book regarding the families' efforts to reunite with their children was also recently published. In the text, one of the parents participating in the sit-in protest explains the stories and experiences of families who have been protesting for over a year.

Şevket Altıntaş joined the sit-it with hopes of bringing his abducted child back and said the participating families have been determined to continue protesting until their beloved children are home safe again.

In his book “From Diyarbakır Mothers to the World,” Altıntaş recounts the experiences of protesting families. He said he wrote the book in an effort to offer tangible evidence about how children are kidnapped and shed light on the methods used by terrorist affiliates to trick the youths. The defiant father went on to say that the terrorist group stops children from fleeing by threatening to kill their families.