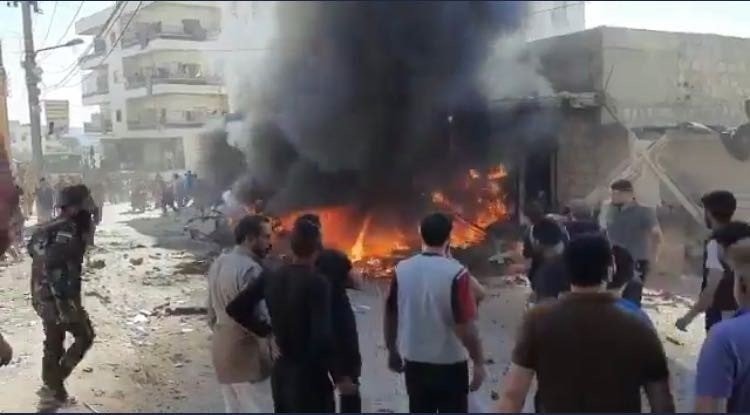 At least three civilians were killed in a car bomb attack carried out by the PKK's Syrian offshoot, the YPG, in northwestern Syria, Turkey's Defense Ministry said Sunday.

The explosion in the Afrin region also injured six civilians, including three children, the ministry said on Twitter.

“The YPG/PKK terrorist organization continues with its Daesh-like terror attacks,” the ministry said, adding that Turkey's fight against the terrorist group will continue.

Afrin was largely cleared of YPG/PKK terrorists in 2018 by Turkey's counterterrorism offensive Operation Olive Branch, but the terrorist group still targets the region to disrupt the peace established by Turkish forces.

Olive Branch (2018) is one of the three successful counterterrorism operations that Turkey has launched since 2016 across its border in northern Syria to prevent the formation of a terror corridor and enable the peaceful settlement of residents. The other two are Euphrates Shield (2016) and Peace Spring (2019).