Turkey abides by all terms of deal on northern Syria: Akar 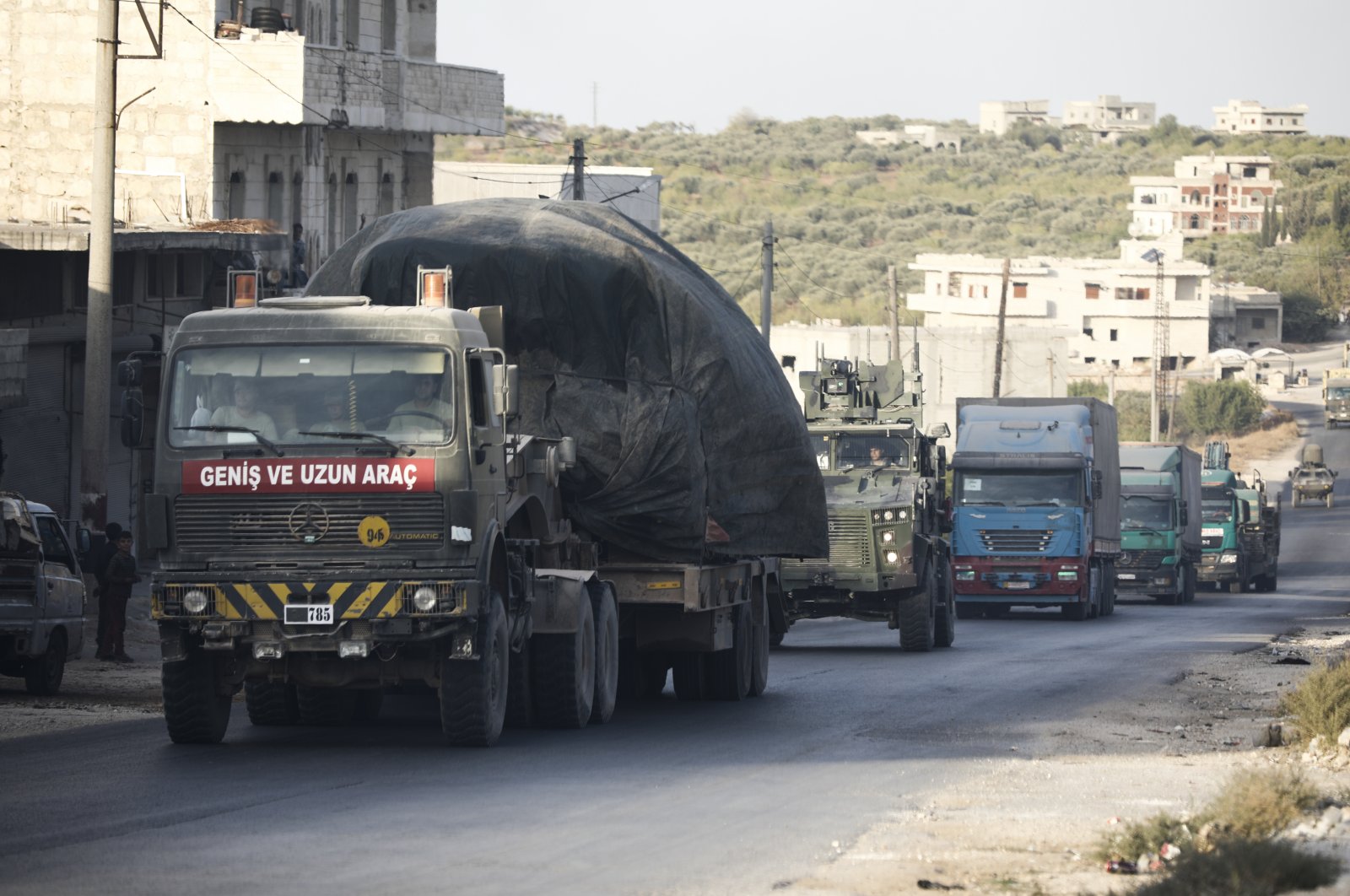 Defense Minister Hulusi Akar criticized Turkey's allies, Russia and the U.S., for failing to fulfill their responsibilities as part of deals in Syria.

"Turkey abides by terms of the deal regarding northern Syria. We regretfully see our ally U.S.’ weapons, ammunition and vehicle support to the YPG/PKK and we strive to undertake efforts at all levels to halt the assistance," Defense Minister Hulusi Akar said Monday.

He noted that Turkey will continue to maintain its counterterrorism fight and respect the territorial integrity of all its neighbors, including Iraq and Syria, while conducting counterterrorism operations.

"The YPG is the PKK in the strictest sense," Akar said, adding that there is concrete evidence documenting ties between the two.

The U.S. primarily partnered with the YPG in northeastern Syria to fight the Daesh terrorist group. Turkey strongly opposed the terrorist group’s presence in northern Syria and the formation of a terror corridor, which has been a major sticking point in strained Turkey-U.S. relations. Ankara has long objected to the U.S.' support of the YPG, a group that poses a threat to Turkey and terrorizes local people, destroying homes and forcing people to flee. While underlining that a country cannot support one terrorist group to fight another, Turkey conducted its own counterterrorism operations, over the course of which it has managed to remove a significant number of terrorists from the region.

Under the pretext of fighting Daesh, the U.S. has provided military training and given truckloads of military support to the YPG, despite its NATO ally’s security concerns. The U.S. has a total of 11 bases in the provinces of Hassakeh, Raqqa and Deir el-Zour, which are currently under the control of the YPG. Interpol currently has a Red Notice warrant out for YPG leader Ferhat Abdi Şahin, code-named Mazloum Kobani, for playing a crucial role in the terrorist group. He is the adopted son of the PKK’s imprisoned founder Abdullah Öcalan, who is now serving a life sentence in a Turkish prison. Şahin had been invited by White House officials to Washington, despite the fact that he is a wanted terrorist. Turkish officials have criticized the U.S. for delays and inconsistencies in their pledges to cooperate against the YPG.

Meanwhile, Akar also said Turkey honors the terms of the agreement reached with Russia in northern Syria, but there has been an increase in the airstrikes.

He noted that Turkey is taking initiatives at all levels regarding the issue.

Recent reports noted that the Turkish military deployed more troops on the M4 highway south of northwestern Syria's opposition-held Idlib and is prepared for any potential ground operation amid surging attacks by the Bashar Assad regime.