Everyone must join fight against PKK terrorism, Turkey's Gül says 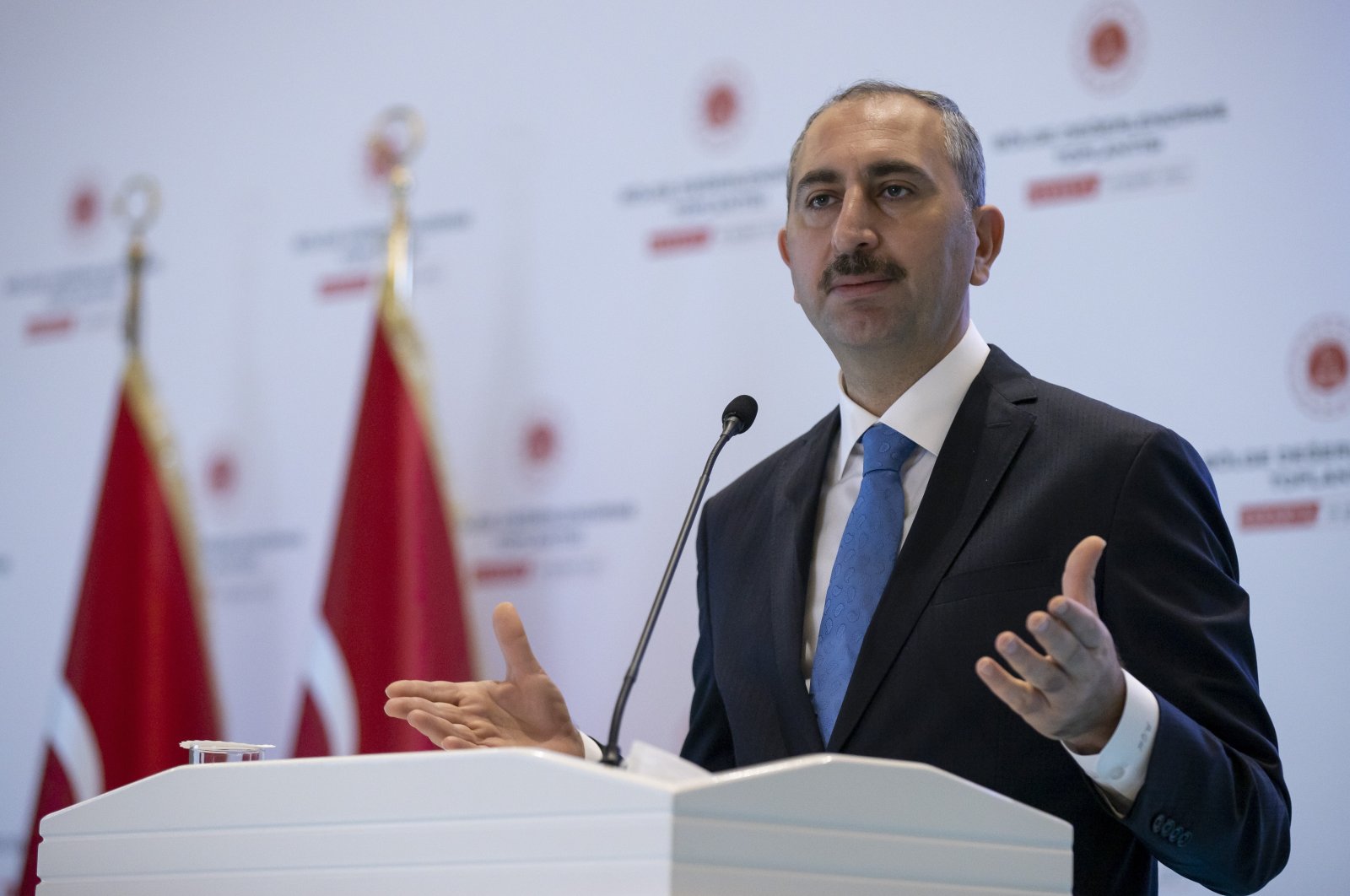 The fight against terrorism must be carried out together in an inclusive manner, Justice Minister Abdulhamit Gül stated Friday, calling on all public segments and parties of Turkey to act as one on issues concerning terror, laws, national values as well as democracy.

“Everyone can be sure that we will continue our struggle against the PKK, (Gülenist Terror Group) FETÖ and all other terrorist organizations determinedly and legally until the end,” Gül said, speaking on the Gara cave massacre in a regional evaluation meeting of the judiciary in northwestern Sakarya province.

He said that this incident showed the whole world once again how inhumane the PKK terrorist organization is.

Gül also called on everyone to fight terrorism as a whole, criticizing those who remain silent and avoid naming the PKK in relation to the recent attack.

Speaking on the same day, Interior Minister Süleyman Soylu criticized the statements of main opposition Republican People's Party (CHP) Chairperson Kemal Kılıçdaroğlu, saying, “This is nothing other than acquitting the PKK and turning this painful incident into politics material and polemics.”

Kılıçdaroğlu said Tuesday in Parliament that it was "Erdoğan who is responsible for our 13 martyrs." The lawyers of President Recep Tayyip Erdoğan are now seeking TL 500,000 ($72,000) in "moral damages.”

The pro-PKK Peoples' Democratic Party (HDP) was another opposition party criticizing the operation.

At times like these, it is important to leave behind political polemics, Soylu said, speaking at the opening program for the 107th-period district governorship course.

PKK terrorists executed 13 Turkish citizens in a cave in northern Iraq after abducting them and shooting most of them in the head, the Defense Ministry said Sunday.

Upon the announcement, a series of condolences came from the friends and allies of Turkey.

The PKK managed to establish a foothold in Iraq in mid-2014. Turkey has long been stressing that it will not tolerate threats posed to its national security and has called on Iraqi officials to take the necessary steps to eliminate terrorists. Ankara previously said that if the expected steps were not taken, it would not shy away from targeting the group.

Turkey launched Operations Claw-Tiger and Claw-Eagle last June to ensure the safety of Turks and its national borders by eliminating terrorist threats. The Defense Ministry announced the launch of Operation Claw-Eagle 2 on Feb. 10.