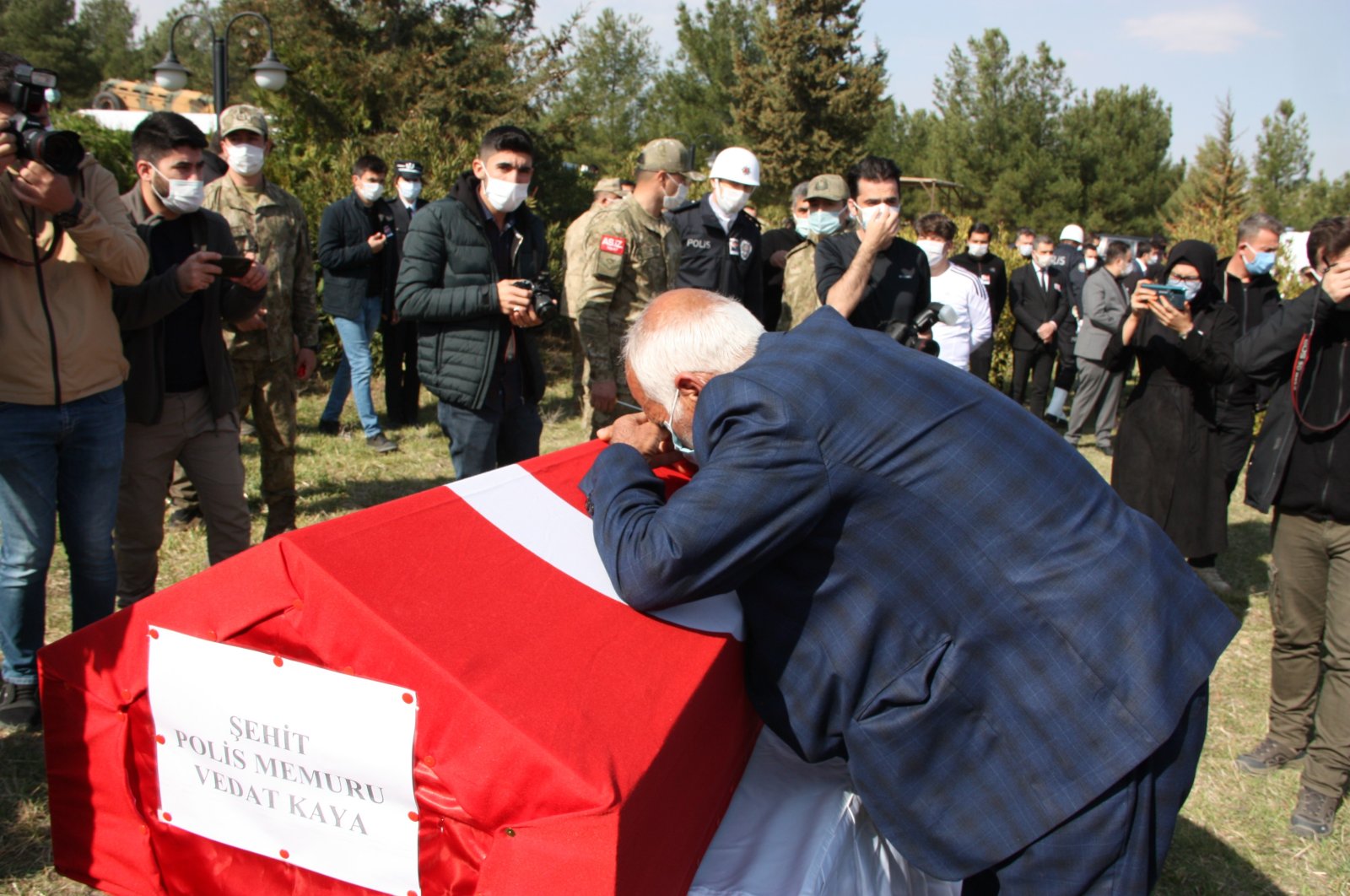 Şeyhmus Kaya, the father of slain police officer Vedat Kaya, bids farewell to the martyr during a funeral ceremony organized in his hometown southeastern Mardin province on Feb. 15, 2021 (AA Photo)
by DAILY SABAH Feb 18, 2021 9:17 am
RECOMMENDED

The father of a victim killed by the PKK terrorist group in a northern Iraq cave recently ruled out allegations of an airstrike Wednesday, saying the innocent Turkish citizens were shot in the head.

Şeyhmus Kaya, whose police officer son Vedat Kaya was killed in Gara said that he received several calls from countries like Belgium and Germany.

"They told me that my son was killed by the state. They told me warplanes targeted my son. I do not fall for these cowards' lies," Kaya said

"I washed the body of my dead son. I saw that he was shot in the head. If he was bombed as they claimed, he would have been splintered into pieces."

Giving a speech on the incident in the Turkish Parliament Tuesday, Interior Minister Süleyman Soylu mentioned that the families were receiving calls from abroad and were being harassed further by the PKK.

Vedat was kidnapped by PKK terrorists on July 24, 2016, when he was going to southeastern Mardin province from eastern Muş province after his brother's wedding. On Sept. 5, 2019, Kaya joined the protest of Kurdish families in front of the Peoples' Democratic Party (HDP) headquarters in southeastern Diyarbakır province, demanding his son's release, until he received the news of Vedat's killing Sunday.

"My son's revenge will be taken. How glad I am to be a father of a martyr. They cannot trick us. My son stayed with them for five years and still did not fall for their lies. I am standing by my state, no one should have any doubt on that," Kaya told Demirören News Agency (DHA).

PKK terrorists executed Sunday 13 Turkish citizens in a cave in northern Iraq after abducting them and shooting most of them in the head.