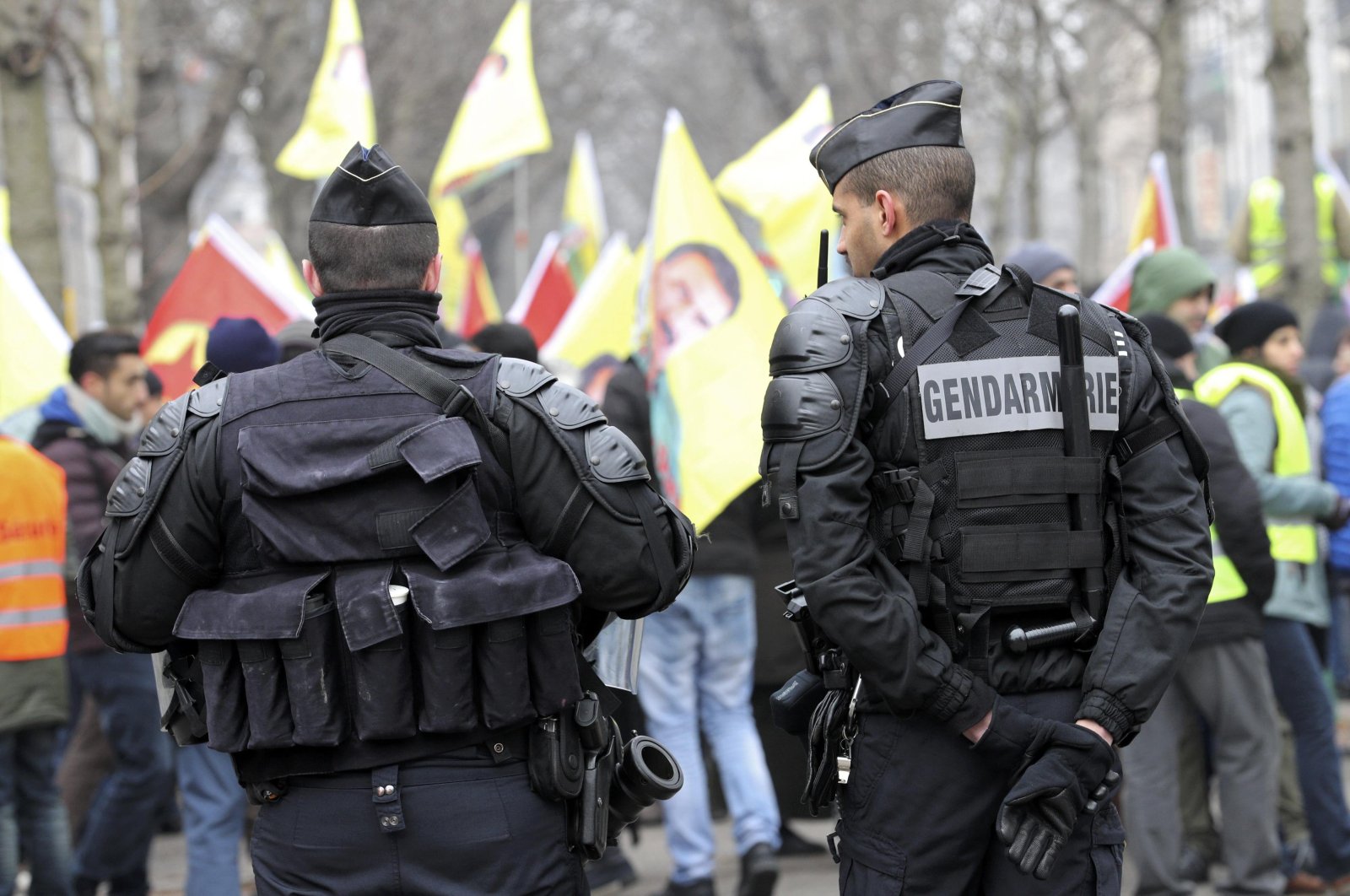 Local media, citing judicial sources, reported that the operation against the PKK was carried out at the request of the Paris anti-terrorism judge.

The suspects, including a woman, were detained as part of an investigation opened on charges of "creating and financing a terrorist organization."

On Feb. 21, 2020, four people were investigated in southwest France for funding the PKK terrorist organization.

It is not known whether there is a connection between the investigation launched last year and the operation carried out by police.

No official statement has been made on the operation.

Despite its status as a designated international terrorist organization, the PKK has enjoyed relative freedom in European cities and has a strong presence.

The PKK continues using the European Union's territory for propaganda, recruitment, fundraising and logistical support activities, according to a report by the EU's law enforcement agency released last year.

It is known that France is one of the countries with the closest ties to the PKK, as the terrorist group has managed to get support from several presidents ranging from Francois Mitterand to the incumbent Emmanuel Macron through different means.

Macron especially upped his support to the terrorist group's Syrian branch YPG by inviting its members to the Elysee Palace in April 2019.

Turkey in 2019 launched Operation Peace Spring to eliminate YPG terrorists from the area east of the Euphrates river in northern Syria to secure Turkey's borders, aid in the safe return of Syrian refugees and ensure Syria's territorial integrity.

Macron assured the YPG representatives, who were not named, of the "active support of France in the fight against Daesh which continues to be a menace for collective security," the presidency said in a statement. The move came following the U.S. decision to withdraw from Syria, creating a fear among the YPG terrorists that they will be left alone without support in the region.

Since then France has not only become present in areas under occupation by YPG forces, but French military advisers have also started training terrorists in the Ain Issa base in Syria.

Allowing PKK members to stage rallies in Paris and other French cities, the Macron administration continues to favor the terrorist group while PKK sympathizers attend demonstrations in front of the European Council headquarters in Strasbourg and demand freedom for the terrorist group’s leader Abdullah Öcalan, who is serving an aggravated life imprisonment sentence in Turkey since 1999.

The U.S. has primarily partnered with the YPG in northeastern Syria in the fight against the Daesh terrorist group. Turkey strongly opposes the YPG's presence in northern Syria, which has been a major sticking point in strained Ankara-Washington relations. The U.S. has provided military training and thousands of truckloads of weaponry to the YPG, despite its NATO ally's security concerns.

In its more than 40-year terror campaign against Turkey, the PKK – listed as a terrorist organization by Turkey, the U.S. and the EU – has been responsible for the deaths of 40,000 people, including women, children and infants. The YPG is the PKK's Syrian offshoot.