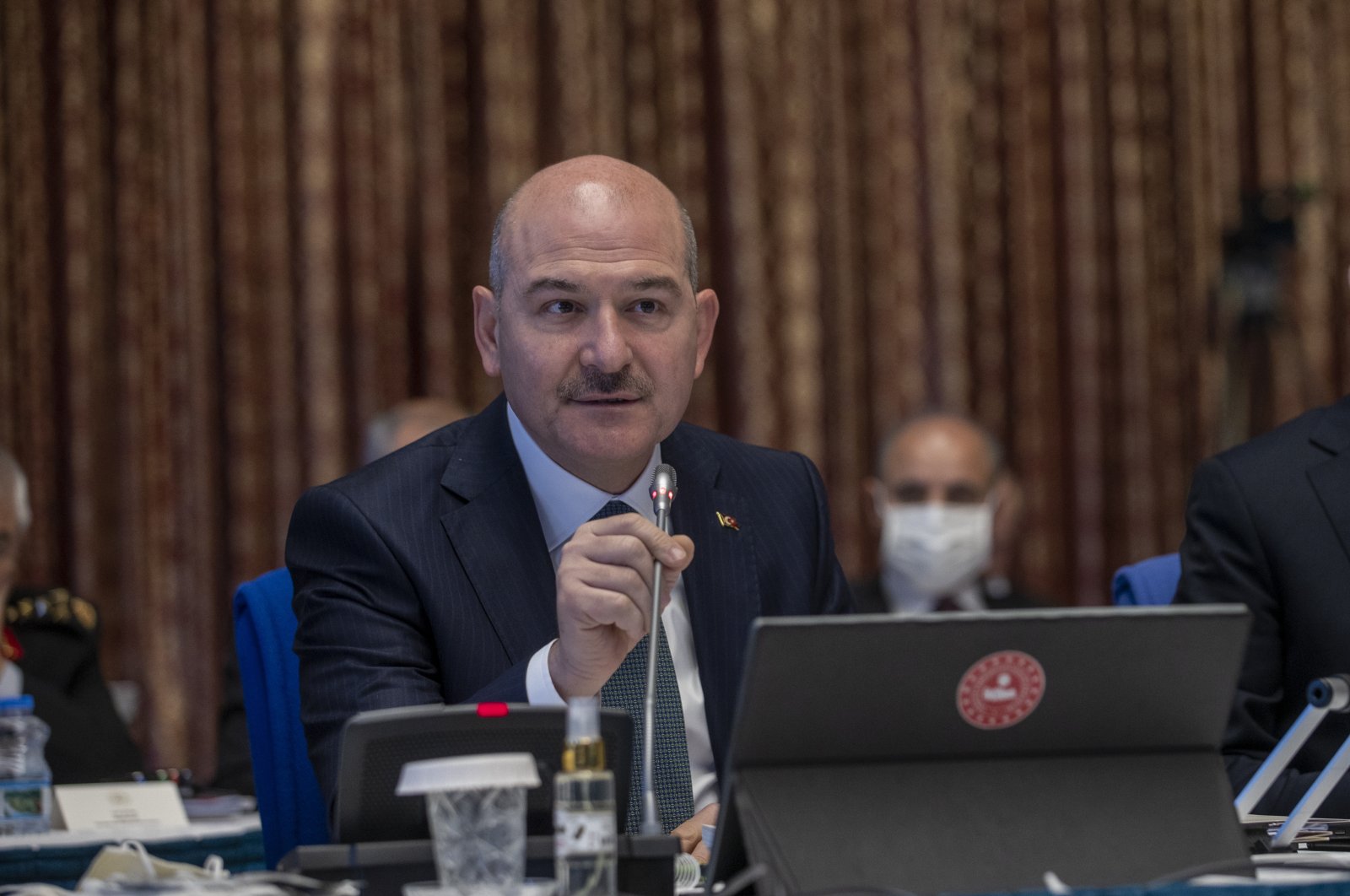 The participation in the PKK terrorist group decreased from 5,558 people in 2014 to 48 this year, Interior Minister Süleyman Soylu said Monday.

Briefing Parliament about the ongoing operations against terrorism, he also noted that the number of PKK terrorists present within Turkey's borders decreased to under 180.

For the past five years, a total of 2,072 terrorists have surrendered, Soylu said.

Turkey on Friday launched another new counterterrorism operation in the country's east, the Interior Ministry announced.

According to a statement, as many as 1,060 personnel and 72 operational teams from the Gendarmerie General Command, Gendarmerie Special Operations, police and rangers are part of Operation Eren Winter-6.

The latest action aims to eliminate the PKK terrorist group and the terrorists trying to take shelter in the region, the ministry added.

Last year, 243 PKK terrorists surrendered to Turkish security forces, according to Interior Minister Soylu. Over the last four years, the number of PKK terrorists in Turkey has plunged by 83%.

The PKK's leadership is struggling to recruit both militants and ranking officers, according to reports. Additionally, many terrorists are reluctant to enter Turkey from Iraq to carry out attacks due to the high number of casualties.

Turkish security forces regularly conduct counterterrorism operations in Turkey's eastern and southeastern provinces where the PKK has attempted to establish a strong presence and bases. The forces also conduct cross-border operations in northern Iraq, a region where PKK terrorists have hideouts and bases from which they carry out attacks on Turkey. Turkey has long been stressing that it will not tolerate terrorist threats posed against its national security and has called on Iraqi officials to take the necessary steps to eliminate the terrorist group. Ankara previously noted that if the expected steps were not taken, it would not shy from targeting terrorist threats. Turkey launched Operations Claw-Lightning and Claw-Thunderbolt on April 23 in northern Iraq’s Metina and Avashin-Basyan regions near its borders.

Since 2016, Turkey has also launched a trio of successful counterterrorism operations across its border in northern Syria: Euphrates Shield in 2016, Olive Branch in 2018 and Peace Spring in 2019. These operations all aimed to prevent the formation of a terrorism corridor and to enable the peaceful settlement of residents.

Ankara considers the YPG/PKK a grave national security threat. Nonetheless, the group was largely deployed by the U.S.-led anti-Daesh coalition within the pretext of fighting the terrorist group on the ground.