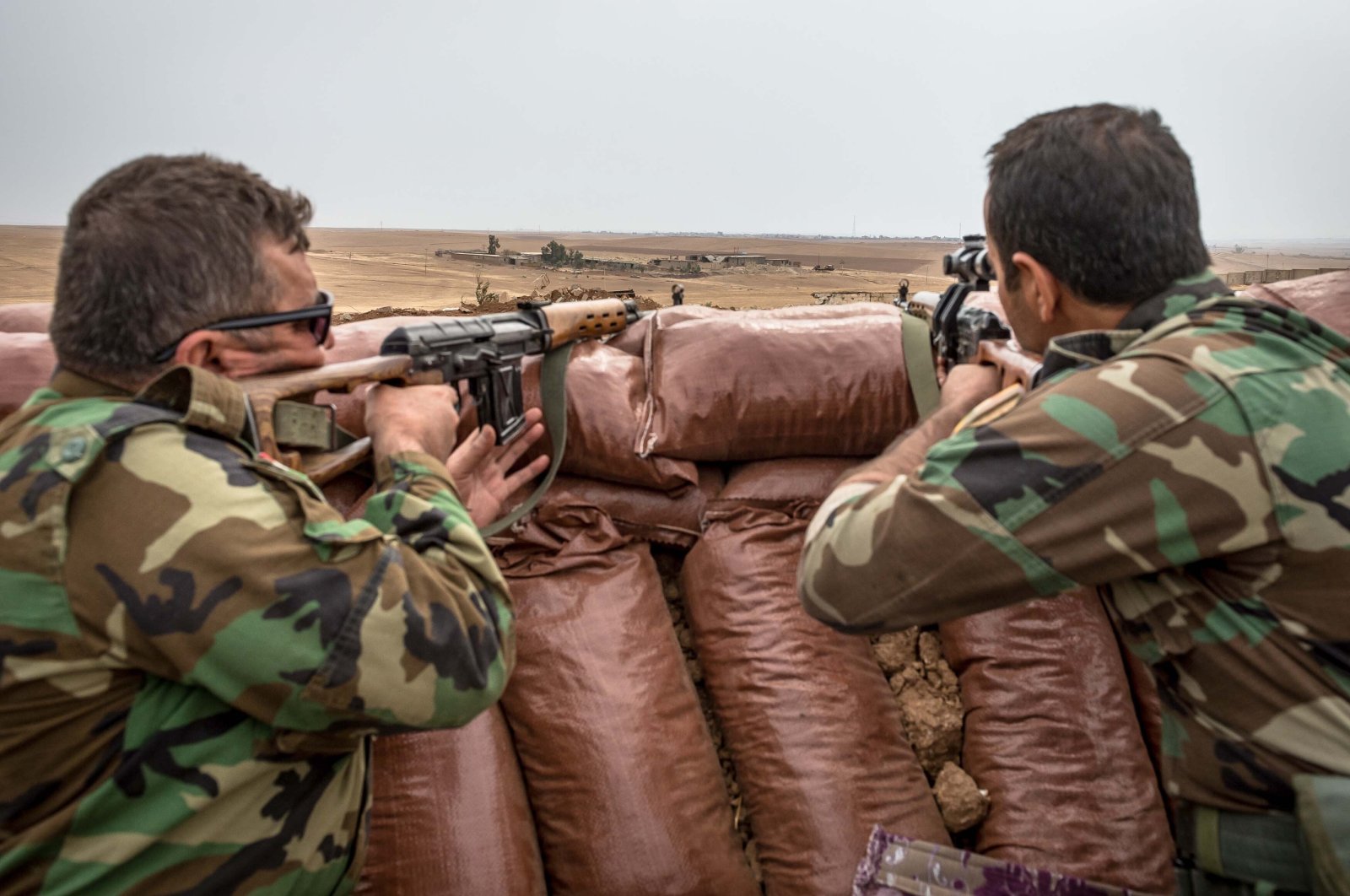 A PKK sharpshooter attacked the Peshmerga fighter in an ambush.

On Friday, the terrorists killed five other Peshmerga fighters in the Matin Mountain district of Dohuk province.

While some pro-PKK websites reported on unfounded claims holding the Turkish Armed Forces (TSK) responsible for the attack, a statement by KRG officials saying that the bodies of two PKK terrorists had been found at the scene discredited the allegations.

The statement by ministry sources came in response to the claims, and they noted that the terrorist group targeted Peshmerga soldiers who were on duty to ensure the peace and safety of people living in their villages.

Turkey’s Defense Ministry called on the global community to stop their support for the PKK and its offshoots in Syria and Iraq, after the PKK attack on Saturday.

“By attacking the Peshmerga, the PKK/KCK/YPG has once again shown that it poses the greatest threat to peace and stability in the region,” the ministry said in a statement, adding that the terrorists have shown that they cannot represent the Kurdish people.

The ministry continued by saying that friendly nations should especially see the true face of the PKK/KCK/YPG terrorists and stop providing assistance, especially weapons and ammunition.

“Turkey is ready to completely eliminate this treacherous and bloody terrorist organization, which brings nothing but instability, blood and tears to the region until the last terrorist is neutralized and is ready to cooperate with its neighbors regarding the matter,” the ministry said. Turkish authorities often use the term “neutralized” in statements to imply that the terrorists in question surrendered, were killed or captured.

The ministry also said that Turkey respects the territorial integrity of Iraq and is ready to provide support.

In February, an Iraqi national was among the 13 people killed by PKK terrorists in Gara, in northern Iraq, according to the Malatya Governor's Office in eastern Turkey. Duhok Governorate condemned the killing. Describing PKK's recent practices as "illegal" and "inhumane," the statement said these actions aim to put pressure on the people of the KRG.

In April, Iraqi Governor Ali Tatar renewed his call to remove the presence of the PKK terror group from the Dohuk province in northern Iraq.

He said PKK terrorists have imposed control over some areas in the Amedi district in the province.

"PKK militants are the cause of failing to complete projects due to the ongoing fighting between them and Turkey," the governor said.

Last November, the Dohuk governor called to remove the PKK presence in the province following a car-bomb attack on Peshmerga forces, in which three soldiers were injured.