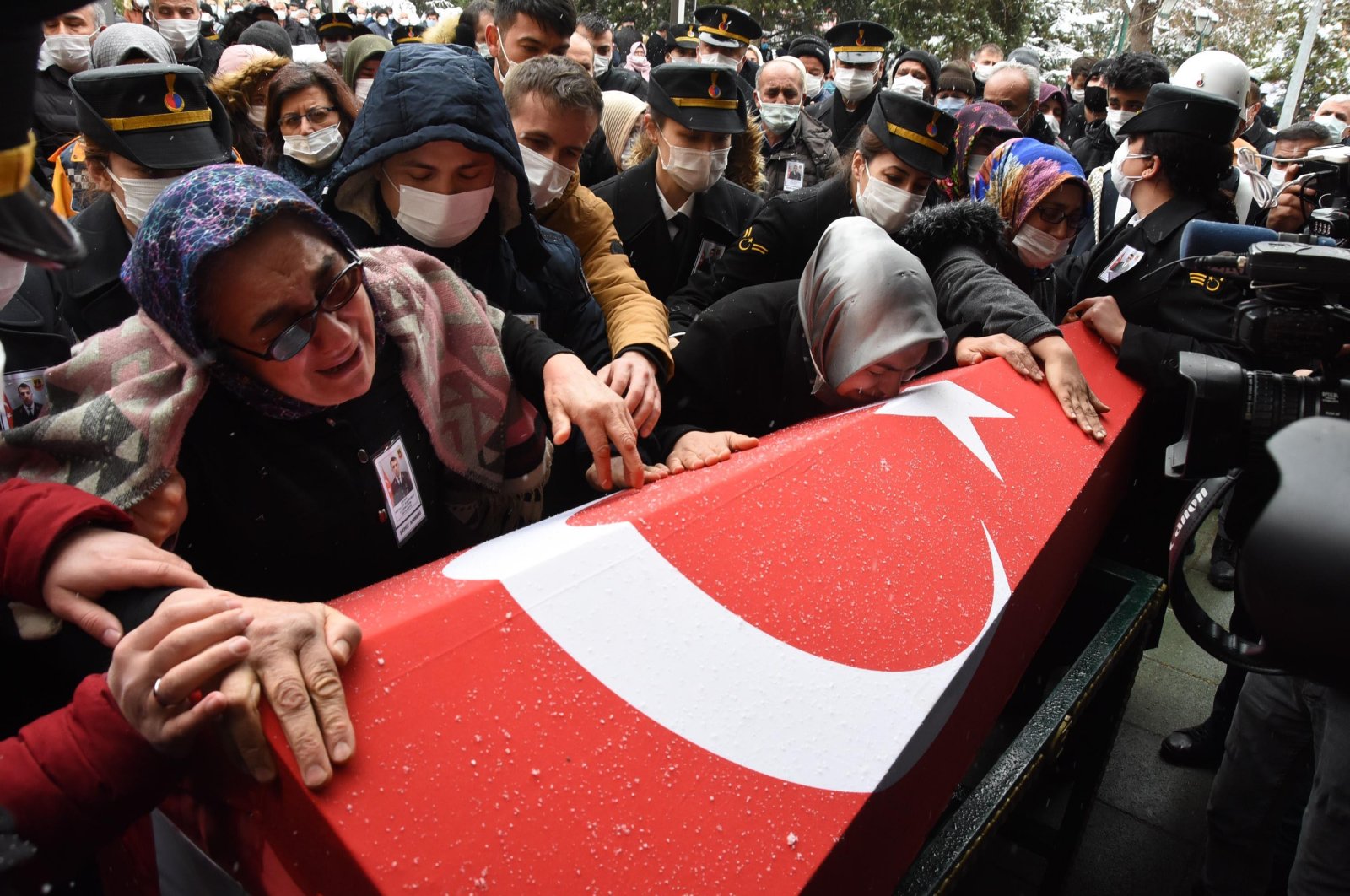 PKK terrorists revealed late Tuesday that they were ordered by high-ranking militants to execute the Turkish citizens they had been holding captive in a cave in northern Iraq.

"If an operation starts, if something breaks out, if reinforcements fail to arrive, we were told to kill the hostages. He (the PKK commander) ordered that we would kill the Turkish hostages, police officers, soldiers. He told us to do this," Osman Acer, a PKK terrorist who surrendered to the Turkish security forces said in testimony.

VIDEO — PKK terrorist who surrendered reveals the group ordered them to kill the Turkish hostages they were holding captive in Iraq cavehttps://t.co/U5vTa492Fq pic.twitter.com/3Y4fnJprds

"Later, he returned and took some people with him; he went near the hostages. He went toward the Turkish soldiers, police officers, and he killed them. Clashes continued for several days," he added, referring to the PKK commander who executed the citizens.

"We saw the hostages lying dead on the floor, shot in their heads. I couldn’t bear the scene. I was also hearing the calls for surrender by the soldiers. I got outside to surrender to the soldiers," another PKK terrorist, named Doğan Geçgel, also revealed.

VIDEO — “If an operation is conducted here, none of the hostages should be left alive, not meet their families”: Another PKK militant who surrendered reveals orders given to kill the Turkish hostageshttps://t.co/U5vTa492Fq pic.twitter.com/W31YqVHuY2

"I went toward the soldiers to surrender. The soldiers took me with them. The Gara commander, named Cuma Biliki, previously told the responsible person, named Sorej, 'If an operation is conducted here, none of the hostages should be left alive, not meet their families.' I heard him giving this order," he said.

"I heard him ordering to kill the hostages. I’ve heard this with my own ears," he concluded.

PKK terrorists recently executed 13 Turkish citizens in a cave in northern Iraq after abducting them and shooting most of them in the head.

Turkey has long been stressing that it will not tolerate threats posed to its national security and has called on Iraqi officials to take the necessary steps to eliminate the terrorists. Ankara previously noted that if the expected steps were not taken, it would not shy away from targeting the group. Recently, Minister of National Defense Hulusi Akar expressed that Turkey was prepared to provide assistance to Iraq in clearing terrorists from the region. Iraq's Kurdistan Regional Government (KRG) has called the PKK's presence in Sinjar unacceptable and urged the militants to leave the area.