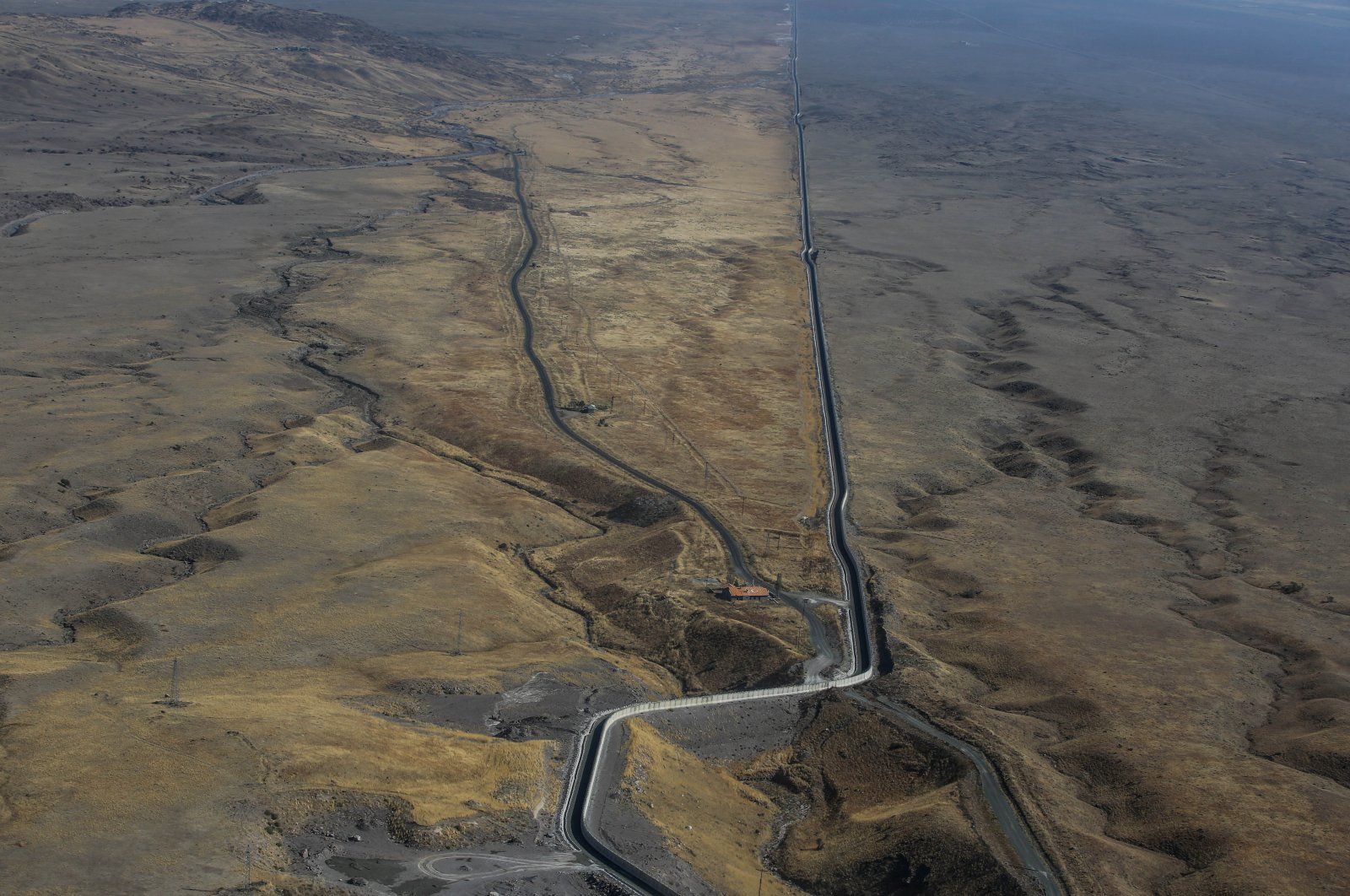 Turkey, which has taken a series of security measures along its border with Iraq and Syria to prevent the flow and attacks of PKK terrorists and ultimately destroy the threat posed by the terrorists, has also taken steps to shore up its border with Iran with the construction of a wall along the border, a report said Tuesday.

The construction of the wall on the Turkey-Iran border is in its last stage, Türkiye daily reported.

The 3-meter high (10 feet), 30-centimeter-wide (1 foot) wall will include watchtowers, security cameras, lighting and surveillance systems as well as a security path for patrol missions and pedestrian and vehicle gates for emergencies.

The gates along the border wall are made of bulletproof glass, which will allow security forces to safely carry out missions and prevent cross-border infiltration, the report said.

Meanwhile, Turkey has taken a set of security measures and a different strategy for the Iraq border, which is located on challenging geography with mountains and valleys.

In order to have more control over the border, Turkey set up border checkup points on more level areas and deployed soldiers to strategic points. This way, the country aims to put a permanent end to illegal border crossings on the Iraq border.

Ankara had launched the construction project in 2015 to build an 826-kilometer (513-mile) wall on the Syrian border, as part of Turkey’s measures to increase border security and combat smuggling and illegal border crossings.

Turkey shares a 911-kilometer border with Syria, which has been embroiled in a civil war since 2011.

The official added the state housing developer’s construction of a 144-kilometer wall on its Iranian border had almost been completed.