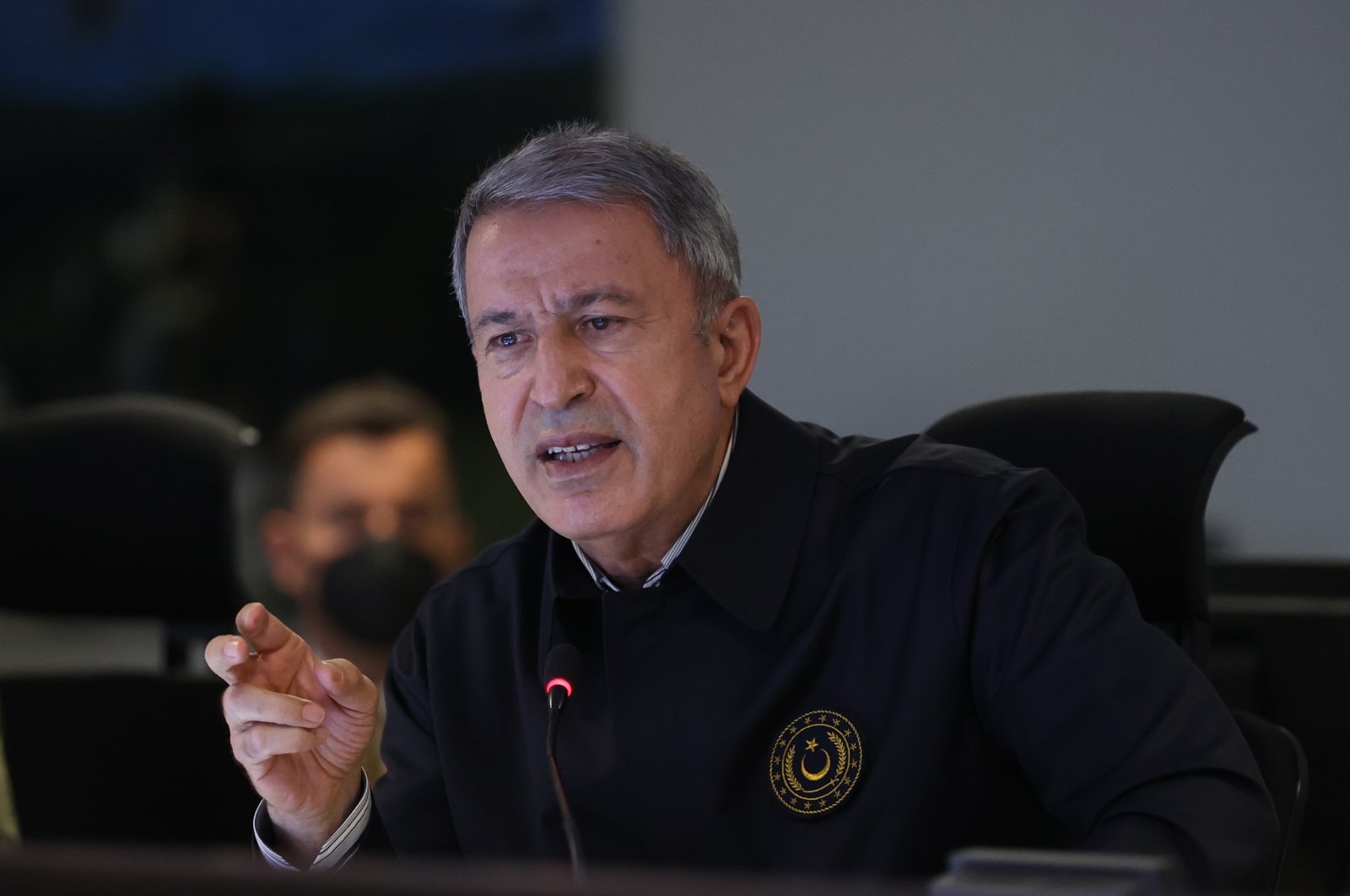 One of the terrorists killed in the cave was the alleged regional leader in the Keri area, said the minister, adding that no Turkish soldiers were injured in the operation.

Akar noted that 53 terrorists have been killed in operations with the recent raids.

Applauding the security forces' dedication and determination, Akar said the forces have been carrying out operations in mountains and regions difficult to navigate, where even helicopters are unable to land.

Akar noted the success of the Turkish air forces despite certain "allied" countries continuing to provide rockets to PKK terrorists.

“Sixteen weapons and 3,000 ammunition have been confiscated so far. There are two remote-controlled DShK,” Akar said, referring to the Russian-made heavy machine guns intended for close anti-aircraft combat.

Russia and the U.S. have provided weapons to the YPG, the Syrian offshoot of the PKK terrorist group.

He noted that the DShK give the terrorists places to hide during Turkish air forces strikes. They also own designated marksman rifles, PK machine guns, RPG-7 rocket launchers, M16s and Kalashnikovs.

Many PKK terrorist hideouts and bases are located in northern Iraq from where they carry out attacks on Turkey.

The TSK regularly conducts cross-border operations in northern Iraq. Turkey has long been stressing that it will not tolerate terrorist threats posed against its national security and has called on Iraqi officials to take the necessary steps to eliminate the terrorist group. Ankara previously noted that if the expected steps were not taken, it would not shy from targeting terrorist threats.