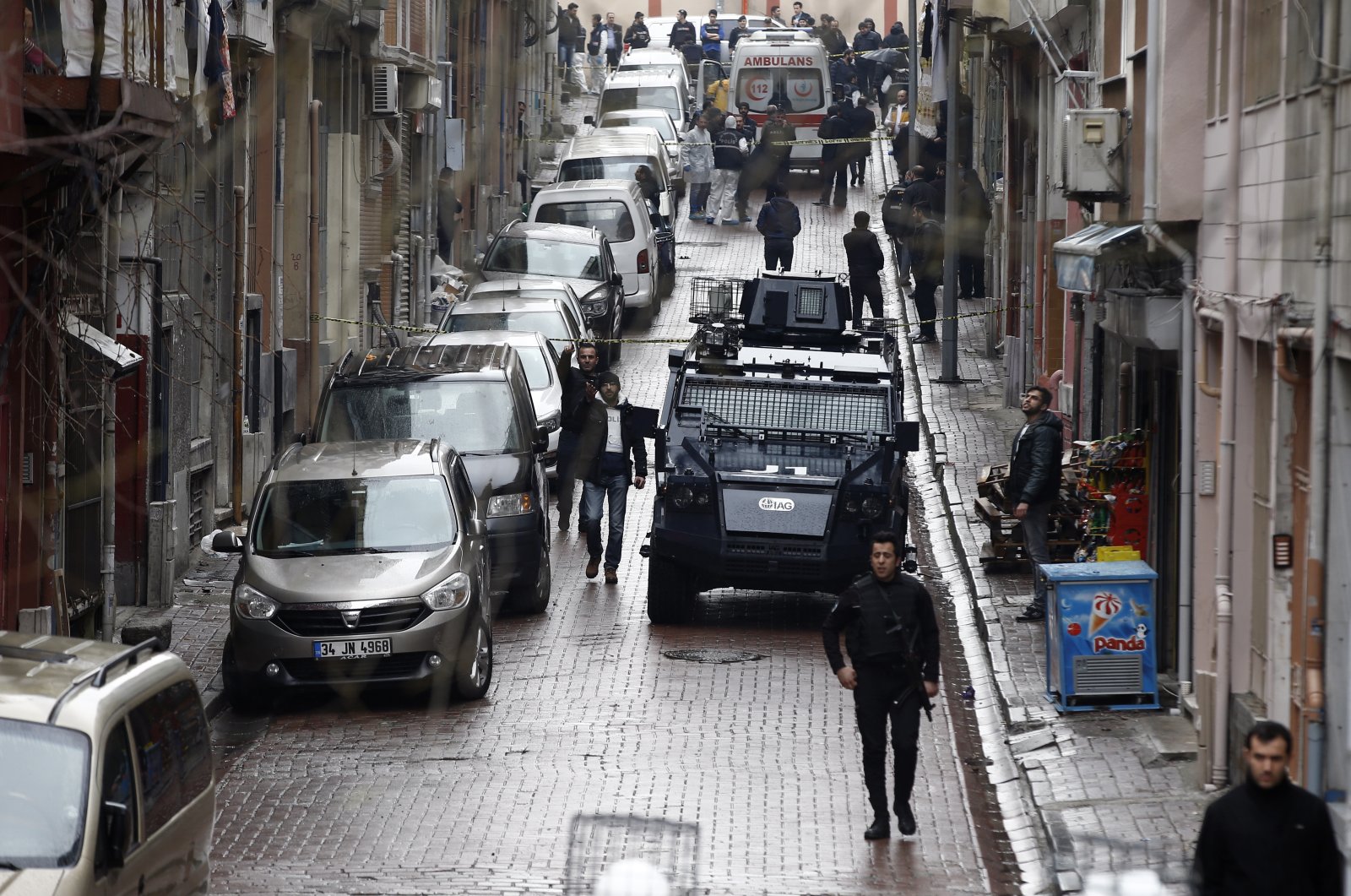 Security forces surround the area during an operation against two attackers, in Bayrampaşa neighborhood in Istanbul, March 3, 2016. (AP File Photo)
by DAILY SABAH Jan 19, 2021 11:32 am
RECOMMENDED

The suspects were transferred to the police station as part of the investigation.

Security forces are still looking for other suspects, reports said.

The country has since been attacked by Daesh terrorists multiple times, with at least 10 suicide bombings, seven bomb attacks and four armed attacks that killed 315 people and injured hundreds more. The last attack was in January 2017 when a gunman killed 39 people at an elite Istanbul nightclub during New Year celebrations.