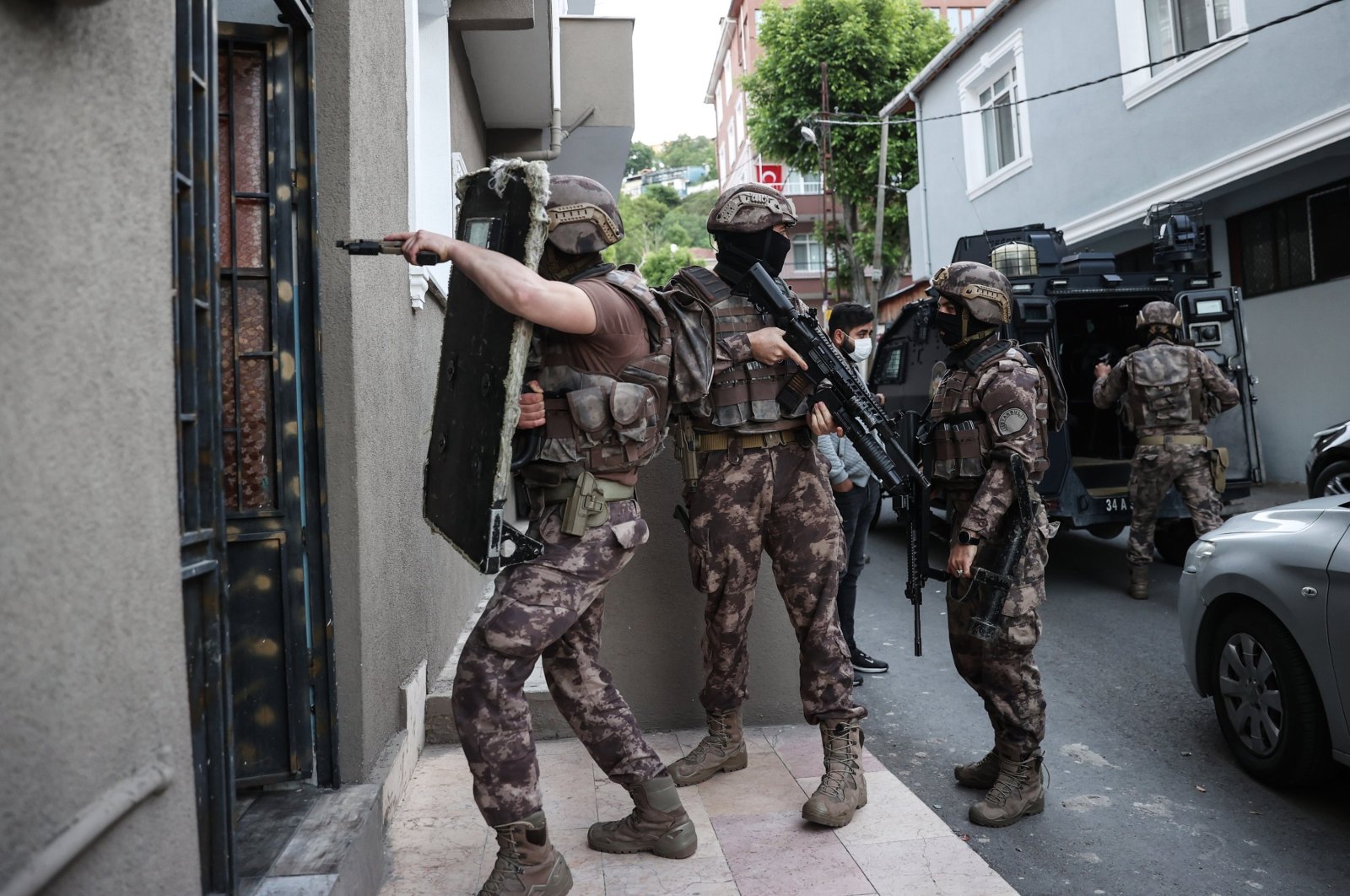 New Zealand Monday agreed to repatriate an alleged Daesh terror group militant and her two young children, who have been detained in Turkey since February.

The decision follows a bitter dispute between Australia and New Zealand over which country needed to shoulder responsibility for the woman, who had been a dual citizen of both countries until Australia stripped her citizenship under its anti-terrorism laws.

The woman and her children were arrested when they tried to illegally cross from Syria into Turkey, according to Turkey's Defense Ministry. Turkey identified her only by her initials, S.A. She was 26 at the time of her arrest.

Prime Minister Jacinda Ardern said New Zealand had taken into account its international responsibilities and could not remove citizenship from anybody if it left them stateless.

“I made very strong representations to Australia that she should be permitted to return there. Her family moved to Australia when she was 6 and she grew up there before departing for Syria in 2014 on an Australian passport," Ardern said in a statement. “Unfortunately, Australia would not reverse the cancellation of citizenship,” she said.

Australian Home Affairs Minister Karen Andrews said the woman lost her citizenship as a result of her own actions, and that ending citizenship for dual nationals engaged in terrorist conduct was an integral part of Australia's response to terrorist threats.

“The government’s first priority is always to protect the Australian community," Andrews said in a statement.

Ardern said the safety and well-being of New Zealanders was the government's paramount concern. She said there had been extensive planning with the police and other agencies.

“I can assure people great care is being taken as to how the woman and her young children are returned to New Zealand and how they will be managed in a way that minimizes any risk for New Zealanders," Ardern said.

Authorities declined to say when the family would be repatriated, citing legal and security concerns.

Ardern said anybody suspected of being associated with a terrorist group should expect to be investigated under New Zealand laws, although the case remained a matter for the police. New Zealand police confirmed an investigation was underway but declined further comment on whether the woman would face any criminal charges.

Since the beginning of the Syrian civil war in 2011, nearly 5,000 foreign fighters traveled from the European Union to conflict areas in Syria and Iraq, estimates the European Union Agency for Law Enforcement Cooperation, better known under the name Europol. During this time, Turkey has been a frequent route for these foreign fighters due to its geographical position that acts as a bridge between Europe and the Middle East.

Turkey recognized Daesh as a terrorist organization in 2013. Since then, the country has been a frequent target of Daesh terrorists, who have committed suicide bombings, seven bombings and four armed attacks. During these attacks, 315 people were killed and hundreds more were left injured. In response to the attacks, Turkey has launched counterterrorism operations against the terrorist group both within and outside the borders of the country. These operations have intensified since 2016, and so far, thousands of suspects have been detained and arrested.

As part of Turkey's ramped-up efforts to repatriate foreign terrorists, the Interior Ministry said on Nov. 9, 2019, that the country would begin extraditing captured Daesh terrorists to their home countries.

According to the Turkish Foreign Ministry, at the time, there were more than 1,000 foreign terrorist fighters in Turkey’s repatriation centers, almost 780 of whom were deported back to their countries of origin in 2019. Ankara expressed multiple times that by being returned to the home countries, the detainees might be prosecuted and thus prevented from being further radicalized in camps filled with fellow former combatants.

While Turkey was arguing that foreign-born terrorists should be returned to their countries of origin, the issue has caused controversy in other places, especially Europe, where many countries refuse to accept the terrorists. Although the 1961 New York Convention made it illegal to leave people stateless, several countries, including Britain and France, have not ratified it, and recent cases have triggered prolonged legal battles.

Despite the resistance from many Western countries, Turkey has continued to deport foreign fighters all around the continent, including to Germany, Finland, Norway and Denmark.