Turkey will not allow any terror corridor in N. Syria: Minister Akar 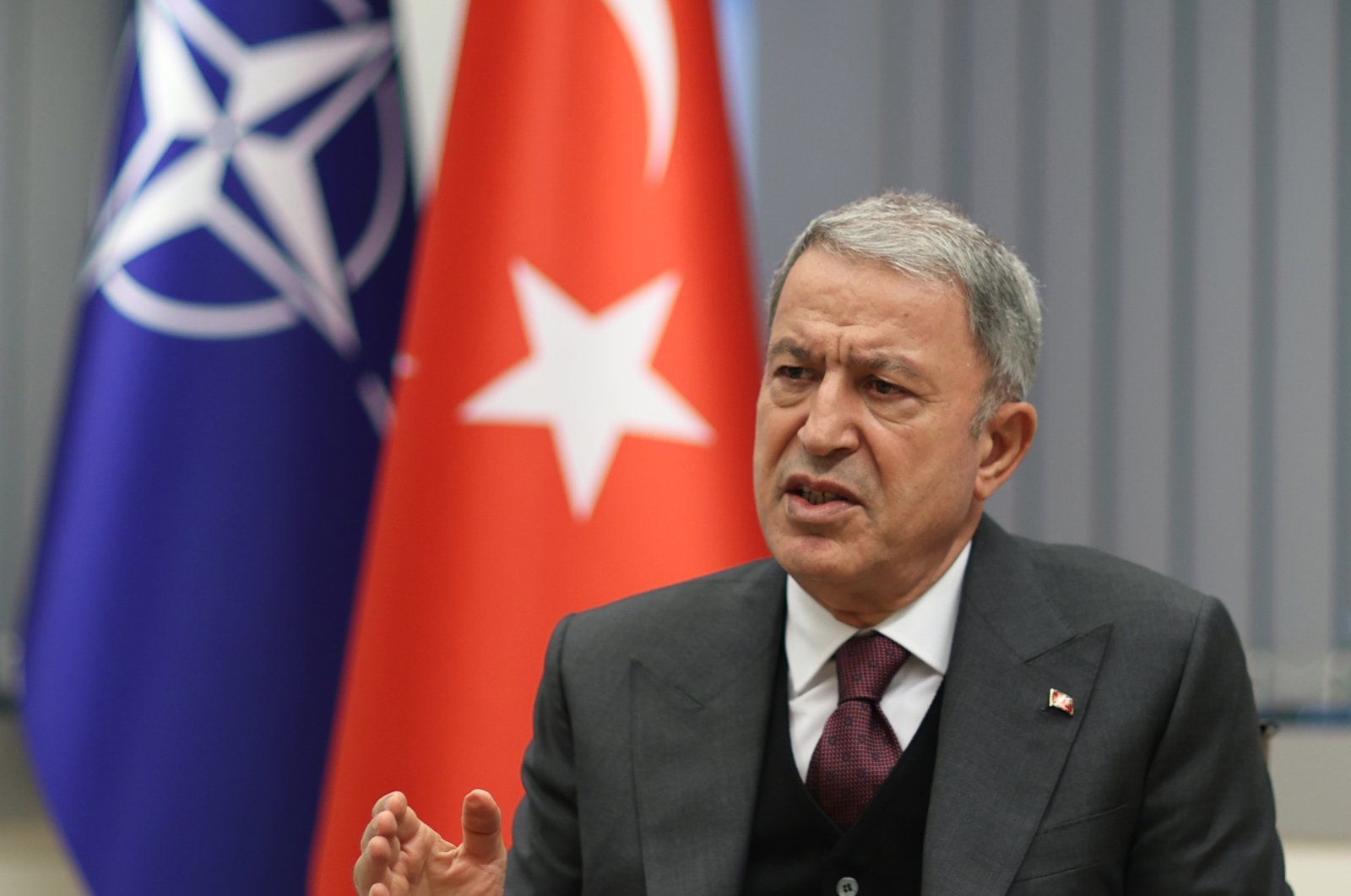 Turkey will not allow the formation of a terror corridor near its borders in northern Syria, Defense Minister Hulusi Akar said Thursday.

Speaking after a military drill in the capital Ankara, Akar said that the Turkish Armed Forces (TSK) has been closely following the developments in the defense and security of the region and has been taking necessary measures accordingly.

Stating that the TSK was going through the busiest period in the history of the republic, Akar underlined that training and exercises continue along with operational activities.

Pointing out the importance of an effective, deterrent and respectable army, Akar said: "Turkish soldiers have fulfilled and continue to fulfill the duties assigned to them in the best way. Thus, the TSK maintains its respectable and distinguished place in our region and in the world, especially in NATO, and continues to do so."

Emphasizing that the fight against terrorism continues with increasing intensity and pace, Akar said: "Our fight against terrorism, especially in the north of Iraq, continues with determination. Terrorists' dens, caves and shelters were entered, and they continue to be entered. Their lairs have fallen on their heads, they will be destroyed. Turkish soldiers fulfill their duty with unprecedented success and heroism in the field."

Emphasizing that there is no difference between the terrorist organization PKK and its Syrian branch YPG, Akar said "PKK equals YPG" and continued: "This should be known by everyone, and those who do not know should learn about it. This needs to be seen. Our struggle will continue until the last terrorist is neutralized. The point we put forward as a new defense concept is to neutralize terrorism and terrorists at their source. That's why we say that wherever the terrorist is, that's our target. We will continue to pursue terrorists."

Noting that their only target was terrorists, Akar said: "There were those who dreamed of establishing a terror corridor in the north of Syria. This terror corridor was destroyed on the heads of terrorists who tried to establish it. We did not and will not have this terror corridor established. For this reason, we will continue our struggle with the understanding of martyrdom if we die, and veteran if we remain. We are working for the security of our borders, our country and our nation. We have not and will not allow any formation on our borders. This is our only goal, everyone should know that we have no other purpose than that."

Since 2016, Turkey has launched a trio of successful anti-terrorism operations across its border in northern Syria to prevent the formation of a terror corridor and enable the peaceful settlement of residents: Euphrates Shield (2016), Olive Branch (2018), and Peace Spring (2019).

While the country liberated northwestern territories from Daesh, it also prevented the YPG from establishing a de facto autonomous region in Syria connecting the northwestern Afrin canton to the Ain al-Arab and Jazeera cantons in the northeast, which Ankara describes as a "terror corridor" posing a grave threat to its national security.

Turkish security forces regularly conduct counterterrorism operations in the eastern and southeastern provinces of Turkey, where the PKK has attempted to establish a strong presence and bases. The TSK also carries out cross-border operations in northern Iraq, a region where PKK terrorists have hideouts and bases from which to carry out attacks in Turkey, with particular attention paid to targeting high-level terrorists.

In its more than 40-year terror campaign against Turkey, the PKK – listed as a terrorist organization by Turkey, the U.S., and EU – has been responsible for the deaths of 40,000 people, including women, children, and infants.