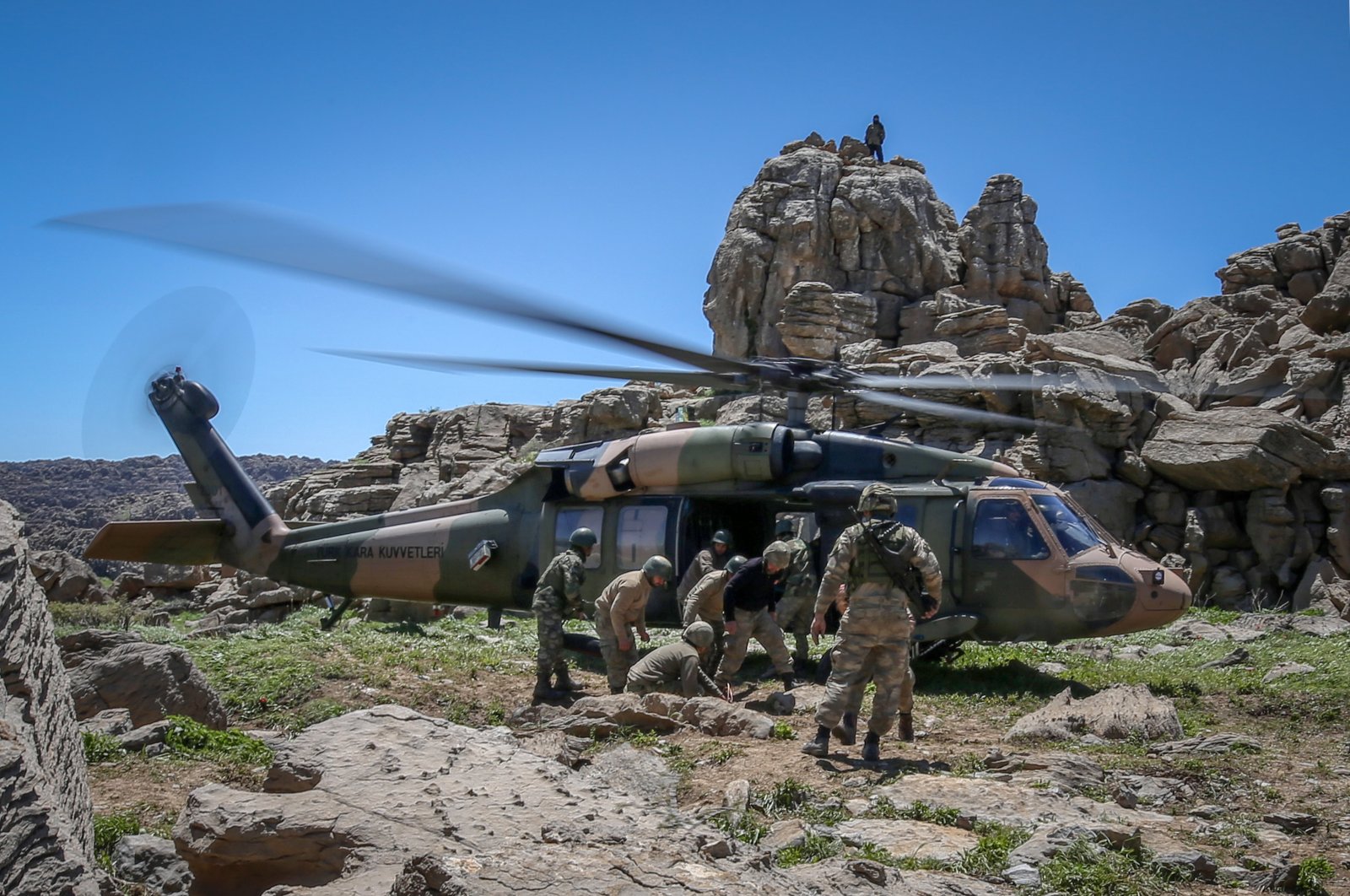 Turkish soldiers board a helicopter to carry out an operation against PKK terrorists at an unidentified location in northern Iraq, June 8, 2018. (AA File Photo)
by DAILY SABAH Aug 19, 2021 10:34 am

Calling the strikes "another heavy blow against the PKK," the ministry said Turkey will continue to destroy terrorists, regardless of where they're hiding.