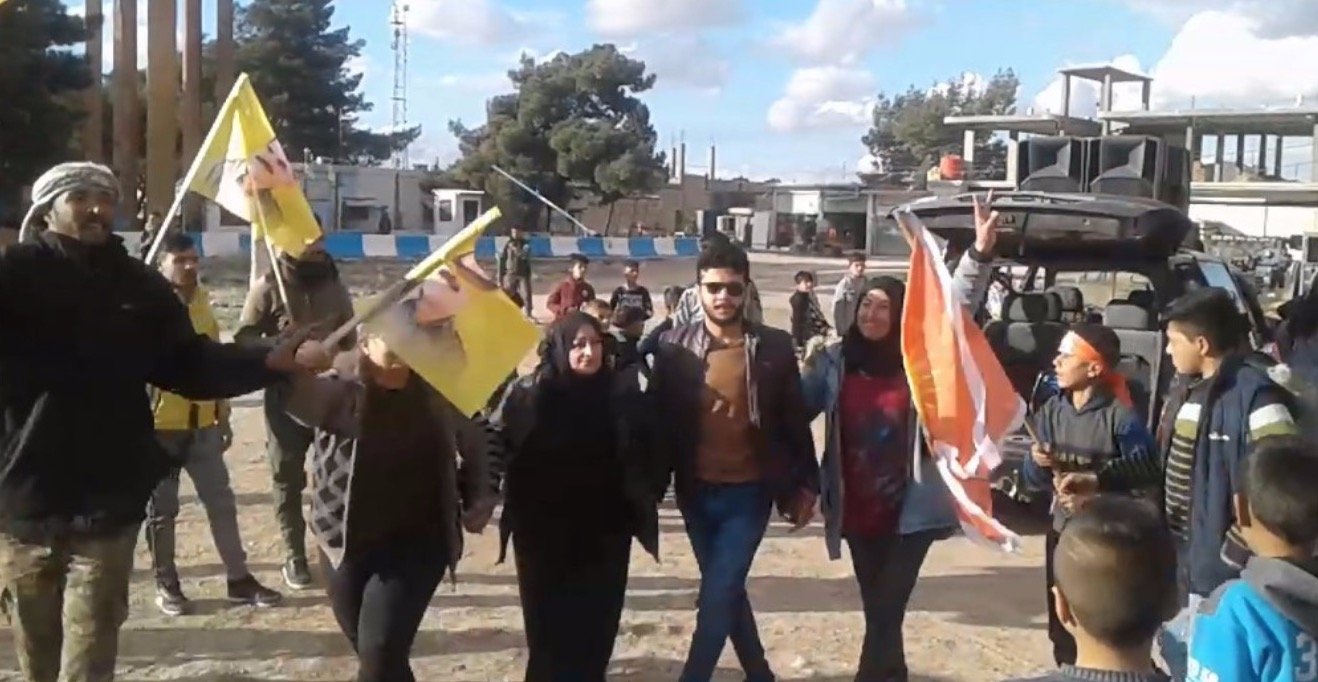 Members and sympathizers of the YPG, the Syrian affiliate of the U.S.-recognized terrorist group the PKK, celebrated the recent cave massacre in northern Iraq, pro-YPG website ANHA said in a report late Thursday.

PKK terrorists last Sunday executed 13 Turkish citizens in a cave in northern Iraq’s Gara after abducting them and shooting most of them in the head.

According to the article on ANHA’s website, the U.S.-backed YPG terrorists have hailed their affiliate’s inhumane massacre.

“On the 10th of February, the Turkish army launched a massive attack on the Gara region,” the website said, referring to the Turkish security forces’ operation to rescue the abductees from the PKK terrorist group.

“On Tuesday, the people of Tel Koçer district in Qamishlo canton celebrated the victory of the Guerilla forces over the Turkish occupation army in Gara,” referring to the YPG sympathizers celebration in Syria's Al-Ya'rubiyah, which is under the terrorist group's occupation, over the PKK’s killing of innocent Turkish citizens.

“The celebration was marked by the departure of a motorcade that roamed the streets of the district, the celebration also included dancing dabkah,” the article concluded.

The YPG is the Syrian wing of the PKK terrorist group. The PKK is headquartered in northern Iraq's Qandil mountains.