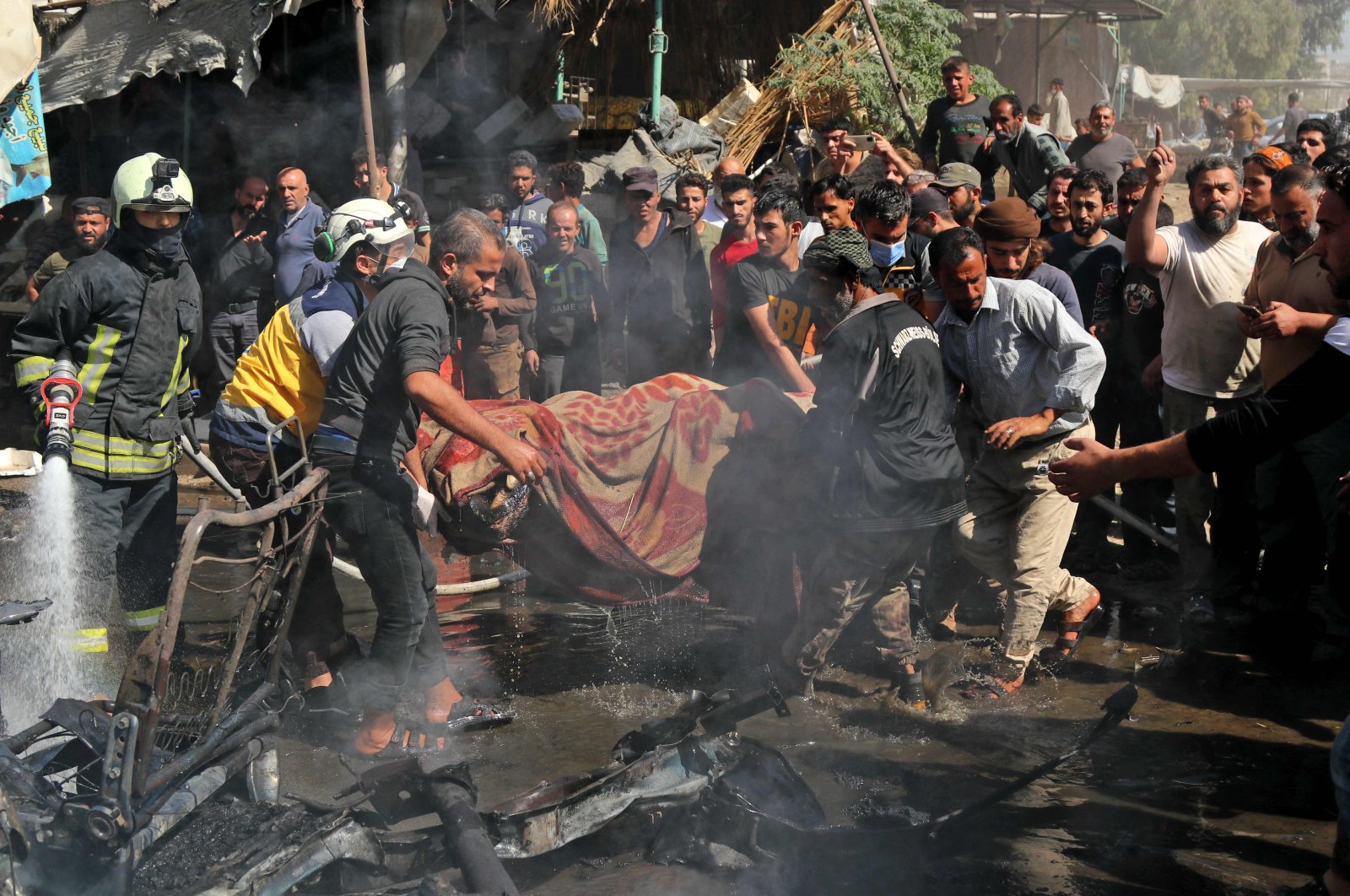 Turkey is preparing for a new possible military operation against the PKK terrorist group's U.S.-backed Syrian branch, the YPG, in northern Syria if talks on the issue with the U.S. and Russia fail, two Turkish officials said.

President Recep Tayyip Erdoğan said this week Ankara was determined to eliminate threats originating in northern Syria and that a YPG terror attack that killed two Turkish police officers was "the final straw."

Turkey said the police in Syria's Azaz region were hit Sunday in a guided missile attack launched from Tal Rifaat by the YPG, which Ankara considers a terrorist group.

"It is essential that the areas, notably the Tal Rifaat region from which attacks are constantly carried out against us, are cleansed," one senior official told Reuters.

Despite its NATO ally Turkey's major security concerns, the United States views the YPG as a key ally in the fight against Daesh in northeast Syria. Russia has forces in the area to support the Assad regime.

The time and nature of any further Turkish military action was unclear. The official said the military and national intelligence agency MIT were making preparations.

"The decision for this has been taken and the necessary coordination will be done with particular countries. This subject will be discussed with Russia and the United States," he added.

The officials said Erdoğan would discuss the issue with U.S. President Joe Biden at a G-20 summit of the world's major economies in Rome at the end of October.

Another official said the YPG must be pushed back at least 30 kilometers, noting Russia was completely in control of the areas from which the recent attacks had come, along with some Iranian elements.

Erdoğan will speak with Russian President Vladimir Putin after the talks with Biden, he said.

"If there is no outcome from diplomacy and the PYD does not leave these areas, an operation appears unavoidable," he said, using the abbreviation for the YPG's political wing and referring to Tal Rifaat and "several other locations."

On Monday, shells believed to have been fired from a YPG-controlled area east of Tal Rifaat exploded in the Turkish town of Karkamış, across the border from Syria's Jarablus, causing slight damage, Turkey said.

Azaz and Jarablus have been under the control of opposition groups backed by Turkey since Ankara's first operation into Syria in 2016 – an operation that aimed to drive Daesh terrorists and the YPG away from the border.

Since then Ankara has launched two other operations in Syria against the YPG, one targeting the northwest Afrin region and one further east.