US should partner up with Turkey rather than YPG: defense minister 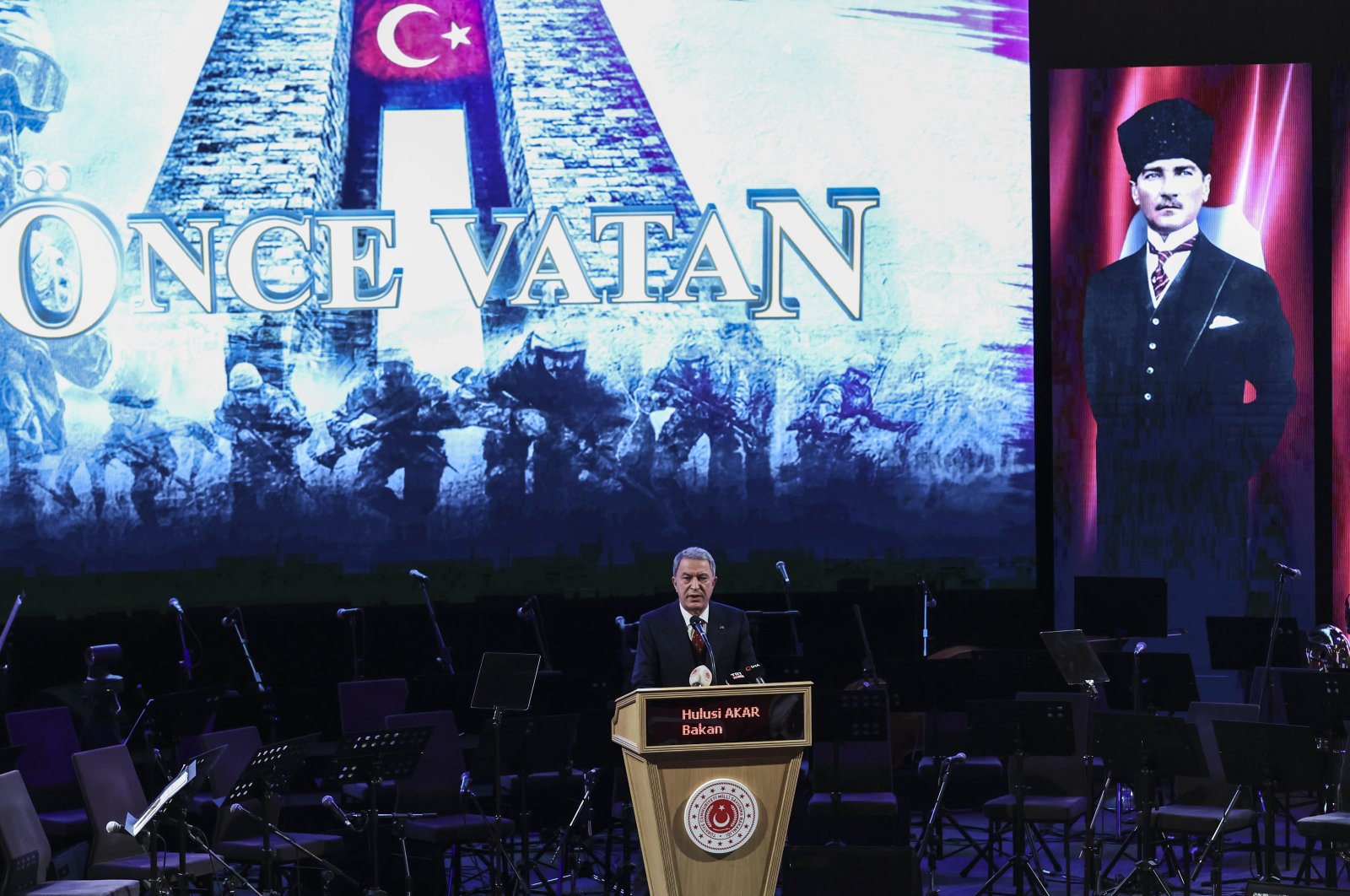 The U.S. should cooperate with Turkey rather than the YPG/PKK terrorists in Syria, as Turkey successfully killed 3,700 Daesh terrorists in the area, Defense Minister Hulusi Akar said Thursday.

“Instead of cooperating with the YPG/PKK, which is a terrorist organization, the U.S. should cooperate with its ally and 70-year-old NATO member Turkey,” Akar said, adding that Turkey is ready for such cooperation and it is the “right thing to do.”

Speaking at a commemoration ceremony for Çanakkale Victory and Martyrs’ Day, Akar highlighted that the YPG and the PKK are the same.

“Even if their names change, they are all terrorists. The Turkish Armed Forces, which was involved in direct combat, has carried out the real struggle against Daesh and neutralized 3,700 Daesh fighters in northern Syria,” Akar said.

The Turkish military uses the term “neutralized” in reference to terrorists captured dead or alive, or those who surrendered during the operations. However, the term is usually used for the terrorists who were killed in the operations.

Turkey recognized Daesh as a terrorist group in 2013 and the country has since faced several attacks – including 10 suicide bombings, seven bombings and four armed assaults – killing 315 people and injuring hundreds more.

In response, the Turkish military and police launched counterterrorism operations both in and outside the country, capturing several top Daesh members.

Turkey has long pointed out PKK’s name-switching as a cynical ploy to muddle the international denunciation of the group, and the fact that Syrian opposition forces have proven effective against Daesh and that a terrorist group cannot be destroyed using another one.

The PKK – listed as a terrorist group by Turkey, the U.S. and the European Union – has waged a terror campaign against Turkey for more than four decades and has been responsible for the deaths of nearly 40,000 people, including women and children. The YPG is the Syrian offshoot of the PKK terrorist group.

Locals in PKK/YPG-controlled areas have long suffered from its atrocities. The terrorist group has a lengthy record of human rights abuses in Syria, including kidnappings, recruitment of child soldiers, torture, ethnic cleansing and forced displacement.