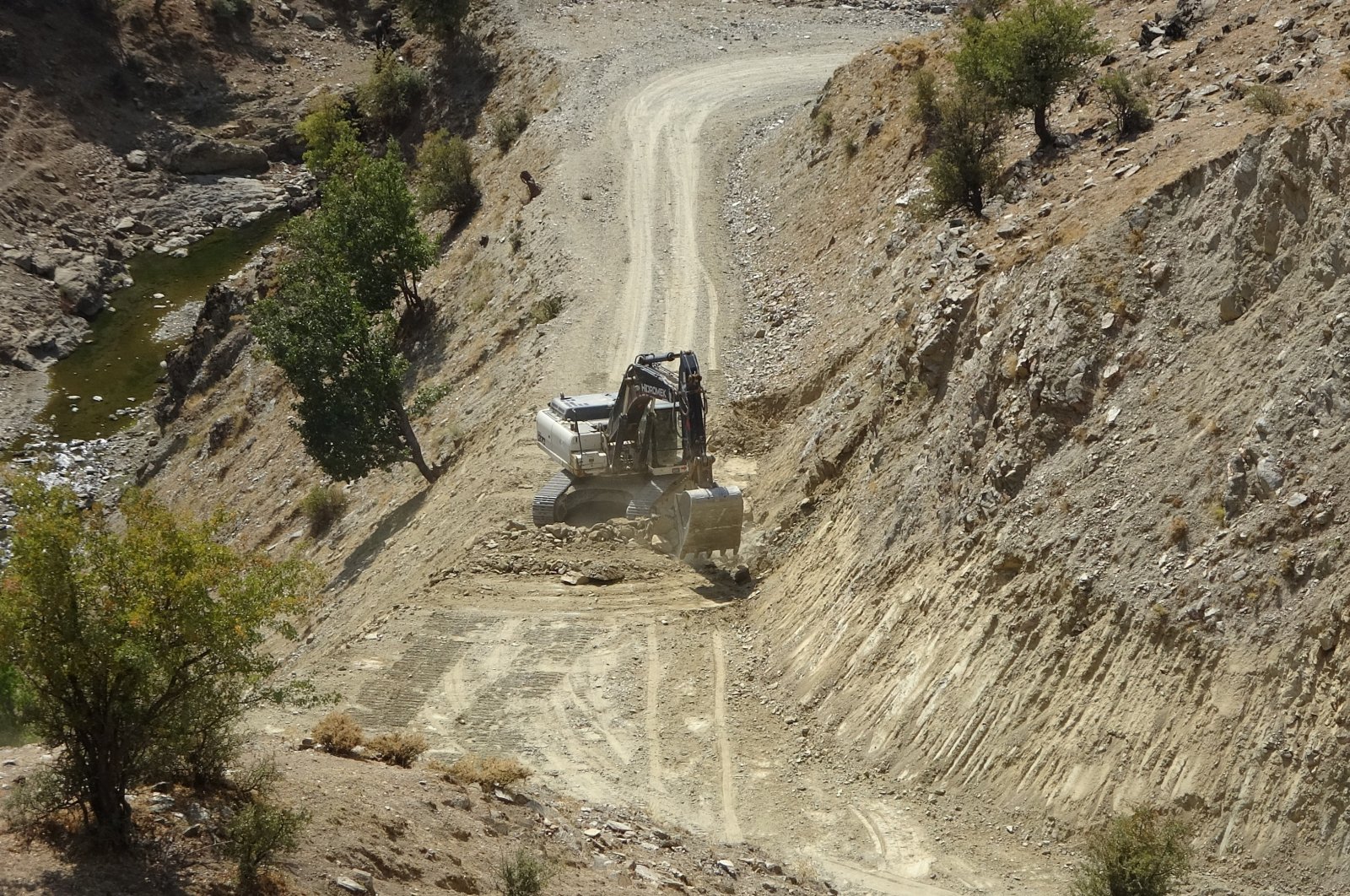 Roadwork near the Kayalısu village in Turkey's Muş province in this undated file photo. (IHA File Photo)
by DAILY SABAH
Oct 04, 2021 11:11 am

The residents of a village in Turkey’s eastern Muş province who were forced to leave as a result of PKK terrorism returned to their homes after almost three decades following Turkey's successful counterterrorism operations in the area.

Kayalısu residents had left their homes in 1993 as a result of pressure and attacks by PKK terrorists, but the area has now been cleared of terrorists and authorities have been carrying out transportation infrastructure works.

The local Special Provincial Administration is expected to spend some TL9.6 million ($1.08 million) to connect the road between Kayalısu village and Şenyayla area, Demirören News Agency (DHA) reported Monday. The roadwork is expected to be completed in 2022.

Special Provincial Administration General-Secretary Şeyhmus Yentür noted that the counterterrorism operations have facilitated the return of residents to their homes.

Meanwhile, Kayalısu village head Bilal Erez noted that former residents who had migrated to cities have started returning to their homes, as he noted that people were thankful for land survey authorities, who measured and returned the land of residents to their rightful owners after almost three decades.

The PKK terrorists notoriously targeted civilians in villages in the 1990s.

In July 1993, Turkey was rocked by two massacres in the span of three days. First, 37 people died when an angry mob set a hotel on fire in the central Sivas province. Three days later, 33 people were killed by the PKK terrorist group in Başbağlar, a village some 325 kilometers (around 202 miles) east of Sivas.