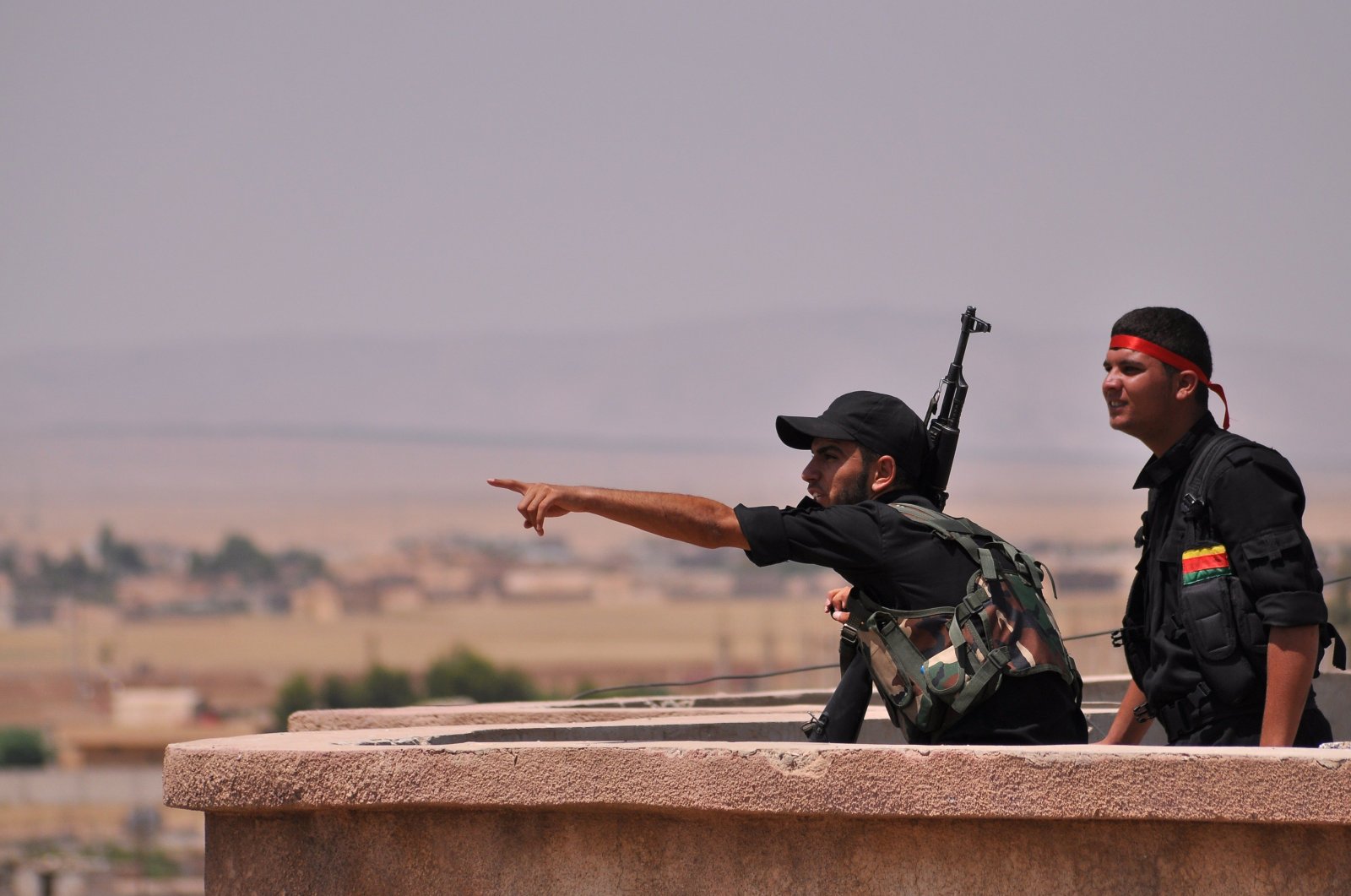 The YPG/PKK terrorist group lifted a blockade against the Bashar Assad regime Thursday in the center of northeastern Syria's Qamishli district which had been in place since April, allowing passage to regime forces amid statements by Turkish officials regarding a possible military operation.

According to information obtained by Anadolu Agency (AA) from local sources, the YPG/PKK and Assad regime forces clashed from April 20-25.

Following the clashes, the terrorists took over the Tay neighborhood in southern Qamishli while besieging forces and security units belonging to the Assad regime in a military zone known as Security Square, which is located in Qamishli in Al-Hasakah province.

With two control points set up around the region, the YPG/PKK has been able to blockade Security Square for months. The terror group is now allowing passage to regime forces but has not removed the control points.

One of the senior members of the terror group, Eldar Khalil, told the Russia Today (RT) news outlet's Arabic channel Wednesday that they were ready to negotiate with the Assad regime "unconditionally."

The rapprochement between the YPG/PKK and Assad regime had gained momentum following numerous statements from Turkish authorities saying they could intervene when necessary against terrorist organizations in Syria.

President Recep Tayyip Erdoğan said in October that Ankara was determined to eliminate threats originating in northern Syria and that a YPG terror attack that killed two Turkish police officers was "the final straw."

Despite its NATO ally Turkey's major security concerns, the U.S. views the YPG as a key ally in the fight against Daesh in northeast Syria. Russia has forces in the area to support the Assad regime.