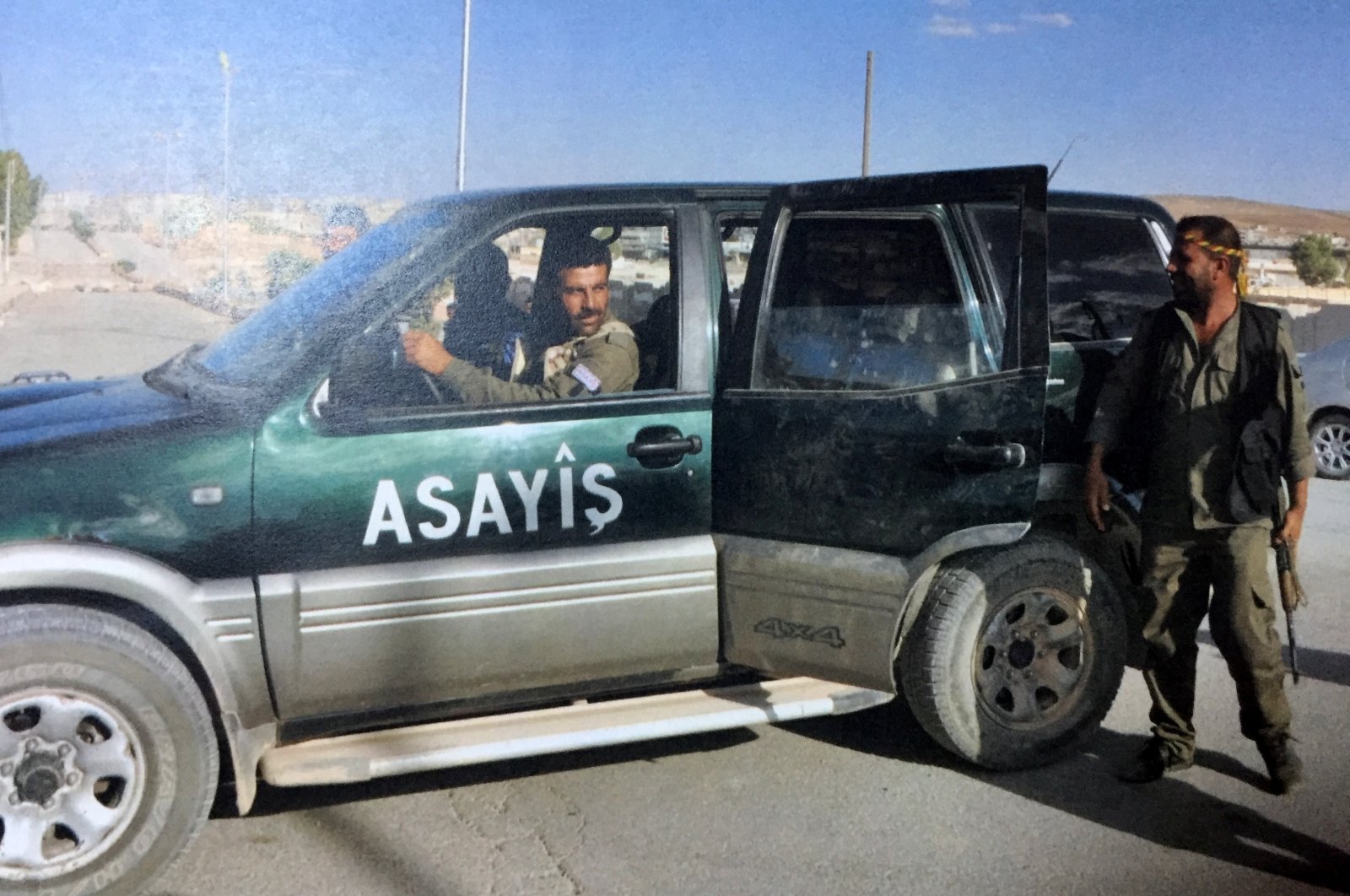 YPG terrorists are seen during a patrol in this undated file photo. (IHA Photo)
by Daily Sabah Sep 22, 2021 6:45 pm
RECOMMENDED

Notorious for their ethnic cleansing, PKK’s Syrian affiliate U.S.-backed YPG terrorists have arrested two members of the Christian Syriac Orthodox Creed Council in Syria’s northeastern Hassakeh province and the terrorist group may be torturing them, a watchdog said in a report Wednesday.

Syrian Network for Human Rights (SNHR) said in its report that the two Christians named George Yousef Safar and Samer Danhou Kouriyeh, who are both from Qamishli city, were arrested on Sept. 21 by the YPG-dominated Syrian Democratic Forces’ (SDF) so-called “Internal Security Forces,” also known as “sutor.”

The reason for their arrest was the “council’s refusal to adopt the educational curriculum imposed by the SDF in its areas of control in schools affiliated with the council, with both being taken to an undisclosed location.”

SNHR also noted in the report that “no members of either of the detainees’ families were informed of their arrest or whereabouts, with their phones being confiscated, preventing them from contacting their families.”

“SNHR fears that they will be subjected to torture and ultimately classified as forcibly ‘disappeared,’ like approximately 85 percent of all detained persons in Syria,” it added.

“SNHR can confirm that at least 3,817 Syrian citizens are still detained or forcibly disappeared in SDF detention centers, constituting a grave threat to the detainees’ wellbeing, especially given the spread of the COVID-19 coronavirus pandemic.”

The YPG commits rights violations under the guise of fighting the Daesh terrorist group without anyone holding them accountable.

A United Nations report this year stated that the PKK terrorist organization’s Syrian wing, the YPG, has been recruiting children to fight among its ranks, adding that the organization has enlisted at least 400 children in the past two years.

The YPG used 318 children in its ranks to fight, while its women's branch, the YPJ, had 99, the report added.

It was also reported that the YPG forcibly recruited 2,700 young people in the country's Hassakeh province.