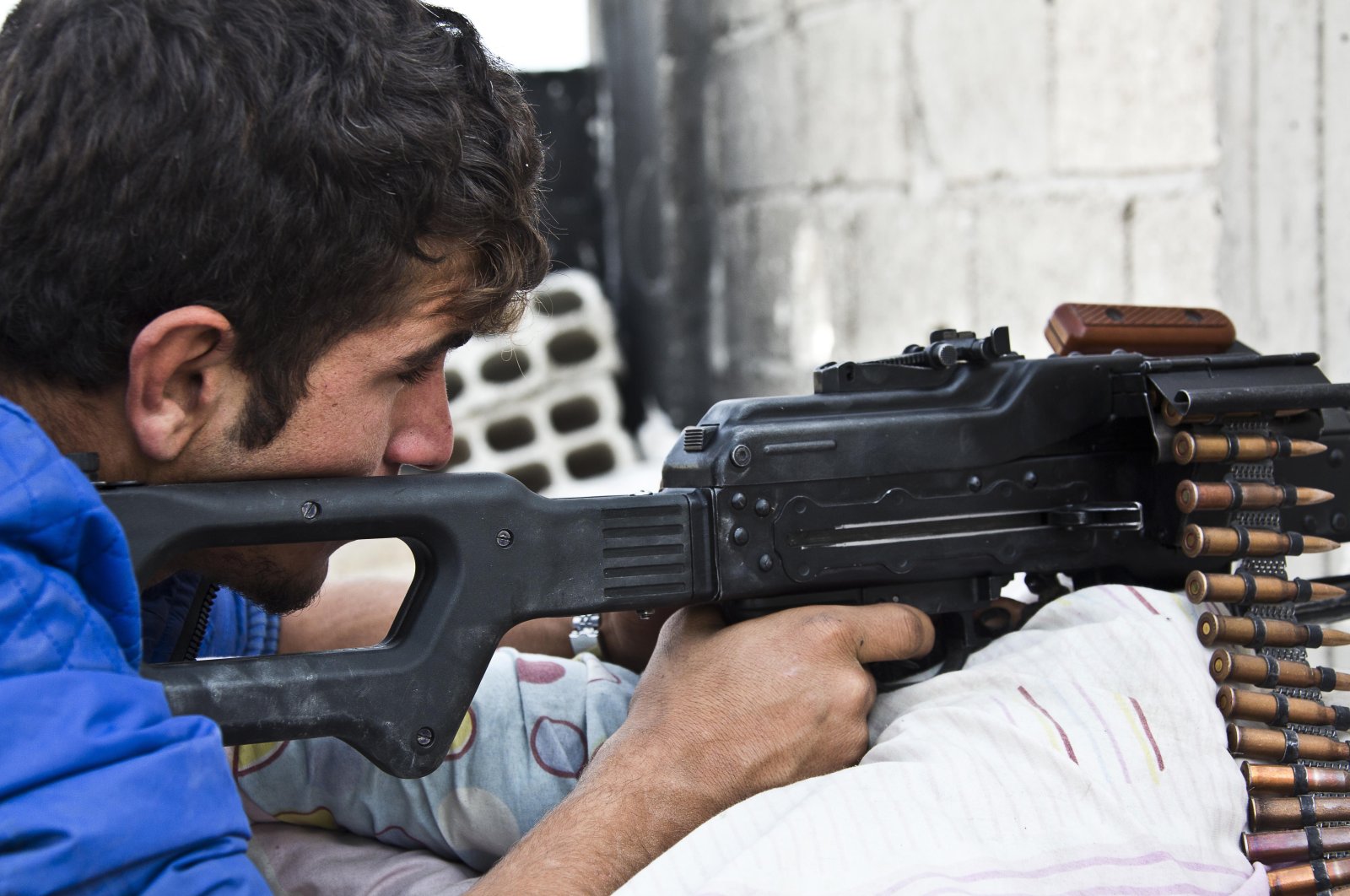 The U.S.-backed YPG, the Syrian branch of the PKK terrorist group, forcibly recruited 2,700 young people in the country's northeastern Hassakeh province, according to a report released Friday.

According to the information Anadolu Agency (AA) obtained from local sources, the YPG terrorist group continues to recruit young people by force in the region.

Young people, mostly Arabs, are temporarily held for a week at the so-called "referral center" of the YPG in the Panorama region in Hassakeh city center. Terrorists then take the detained people to so-called "training camps" in the province.

While the YPG teaches the people they have kidnapped or detained in Syria to use weapons and make the terrorist group's propaganda, they are threatened not to flee. In fact, at least one young man was injured in January when terrorists opened fire on a group of young people who fled from forced recruitment in the northeast of the country.

The terrorist group applies similar practices in the provinces of Raqqa and Deir el-Zour.

The YPG has also seized bakeries and prompted a bread crisis in Hassakeh province, according to a report by Ihlas Haber Agency (IHA) on March 14.