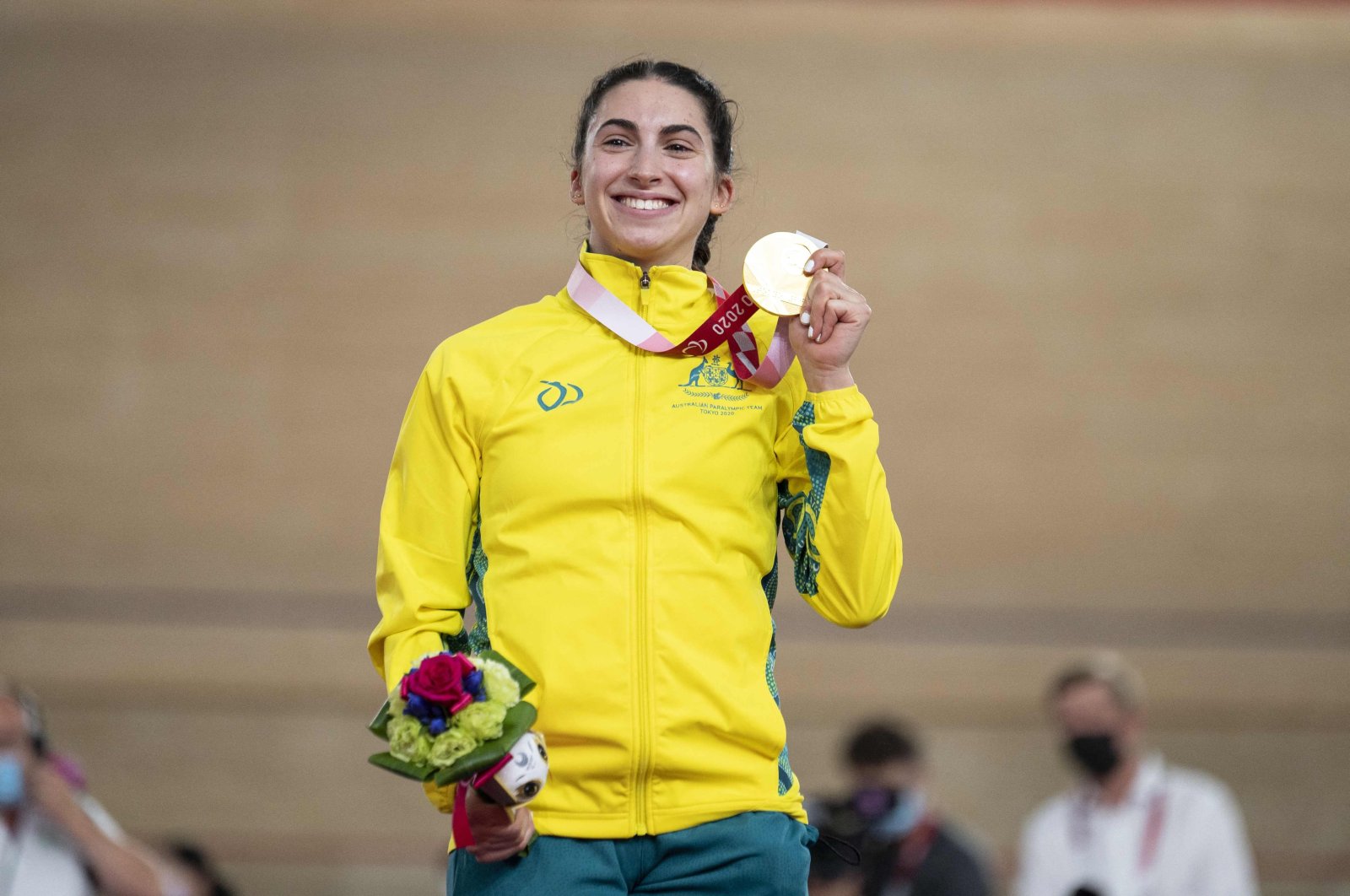 The Tokyo Paralympics sports events kicked off Wednesday, with Australian cyclist Paige Greco scooping up the first gold medal a day after a high-energy but poignant opening ceremony.

Despite a yearlong postponement and with the shadow of COVID-19 hanging over the event, records began falling almost immediately in both cycling and swimming as the competition heated up.

The Australian had smashed her own world record by nearly eight seconds to qualify fastest from the morning heats.

She then lowered that time by another second and a half to 3min 50.815sec in the final just over two hours later.

Silver medallist Wang – who had also beaten Greco's old world record in the heats – had no answer to the Australian's power, finishing more than four seconds adrift.

In the wheelchair rugby pool stage, defending gold medallist Australia suffered a shock setback in its bid to become the first team to top the podium at three consecutive Games, losing 54-53 to Denmark.

The Games were declared open Tuesday night by Japan's Emperor Naruhito, with International Paralympic Committee chief Andrew Parsons paying tribute to the grit of the athletes who made it to Tokyo.

"Many doubted this day would happen, many thought it impossible, but thanks to the efforts of many, the most transformative sports event on Earth is about to begin," he said.

The ceremony was themed around the story of a one-winged plane trying to fly and featured high-octane musical and acrobatic sequences in a departure from the more somber Olympics opening ceremony.

Notably missing from proceedings was Afghanistan's team, who had been trapped in the country after the Taliban takeover.

The IPC confirmed Wednesday that the team, composed of two athletes, was now out of Afghanistan, but declined to say where they had gone.

Despite the triumphant atmosphere after a yearlong pandemic postponement, the specter of coronavirus will hang over proceedings.

The opening ceremony took place before a largely empty stadium, with almost all spectators barred from venues because of coronavirus rules.

Still, for athletes who have spent years preparing, the competition will be all that matters – with 24 gold medals being contested on the first day in cycling track, wheelchair fencing and swimming.

Organizers on Wednesday reported 16 new Covid-19 cases linked to the Paralympics, including two athletes in the Paralympic Village, whose identities have not been disclosed.

The new cases bring the number of infections linked to the Paralympics to 176, most of them Japan-based staff or contractors.

The Games kicked off during a record surge in infections, with 13 Japanese regions including the capital under a virus state of emergency.

The measure, which largely limits bars and restaurants from selling alcohol and shortens their opening hours, is to be expanded to a further eight regions as the government attempts to check the spread of the highly contagious Delta variant.

Japan has recorded around 15,500 deaths from the virus, and 40% of the population is now fully vaccinated.

Olympic and Paralympic organizers have insisted there is no evidence of infection spreading from Games participants to the Japanese public.

All those involved in the Games have to abide by virus countermeasures including regular testing and some limits on movement.

But some experts have warned that holding the Games has undermined the government's messaging on the virus, encouraging people to go out and mingle.