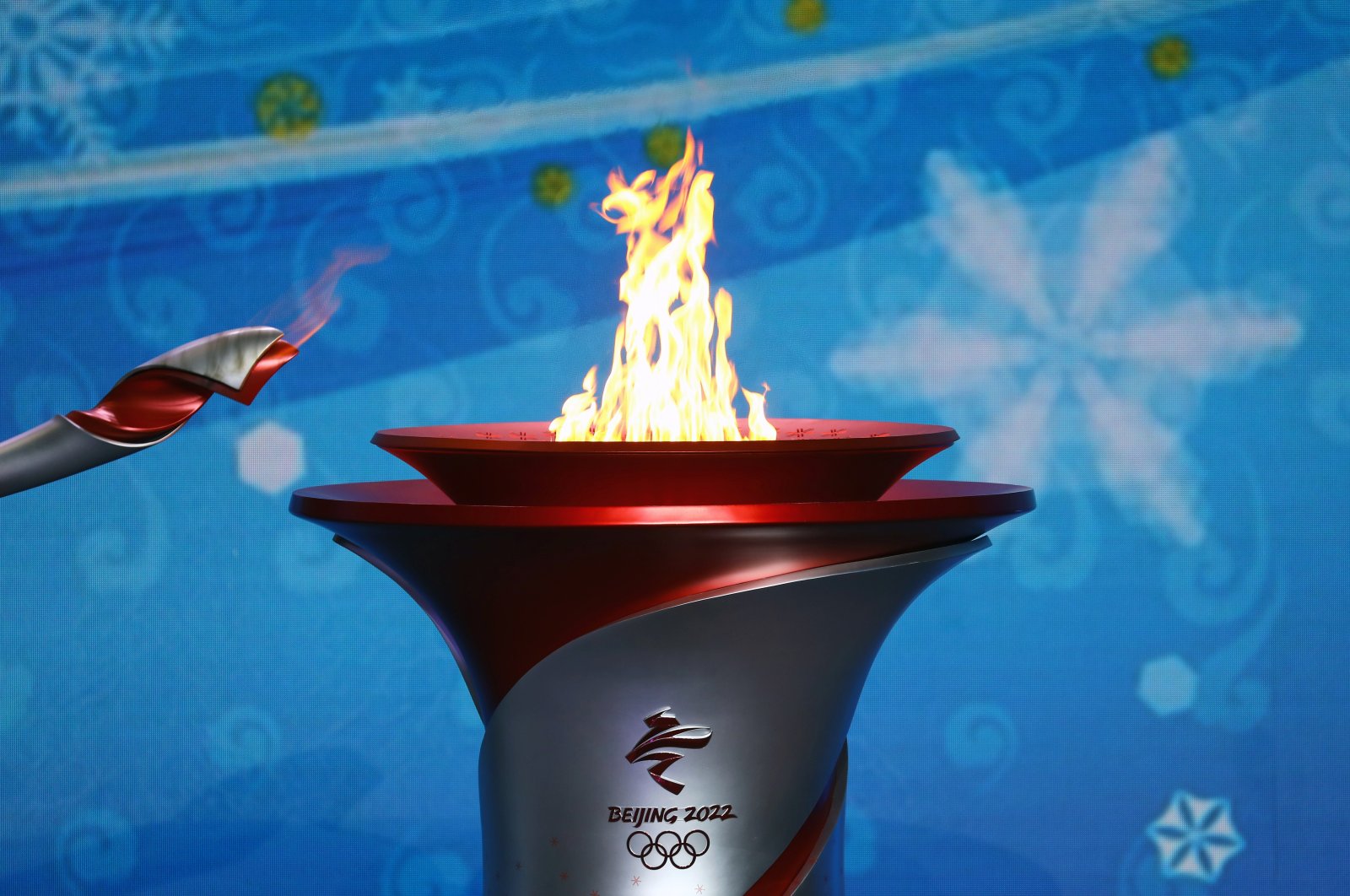 Beijing made history Wednesday as it lit the flame for the 2022 Winter Olympics, becoming the first city to host both Summer and Winter Games.

The Winter Games will be held from Feb. 4 to Feb. 20, amid a COVID-19 pandemic that means overseas spectators will be excluded.

At a welcome ceremony held near the National Stadium, shaped like a bird's nest and built for the 2008 Summer Games, Beijing Communist Party chief Cai Qi lit a cauldron to symbolize the arrival of the Olympic flame in China.

The flame had left Athens on Oct. 19 and traveled to Beijing in a red lantern designed in the likeness of a Han Dynasty tomb artifact, carried by torchbearers decked in white.

China will display the Olympic flame at Beijing's Olympic Park from Wednesday. In early February next year, 1,200 torchbearers will carry the flame through the cities of Beijing and Zhangjiakou and the district of Yanqing, which are the competition venues.

The torch relay route has been "appropriately reduced" due to the need to guard against the spread of COVID-19, said Beijing Vice Mayor Zhang Jiandong at the ceremony.

The ceremony went off without a hitch on Wednesday in Beijing, where, like elsewhere in China, security is usually tight.

At a ceremony in Athens on Oct. 18 to hand over the flame to China, three protesters unfurled a banner reading "No Genocide Games" and waved a Tibetan flag.

Rights groups have called for a boycott of the Beijing games to protest against what they termed as human rights atrocities in Tibet, Xinjiang and Hong Kong. China has rejected those claims.

Greece's Olympic Committee (HOC) said it was disappointed the Athens ceremony had been used for political purposes.