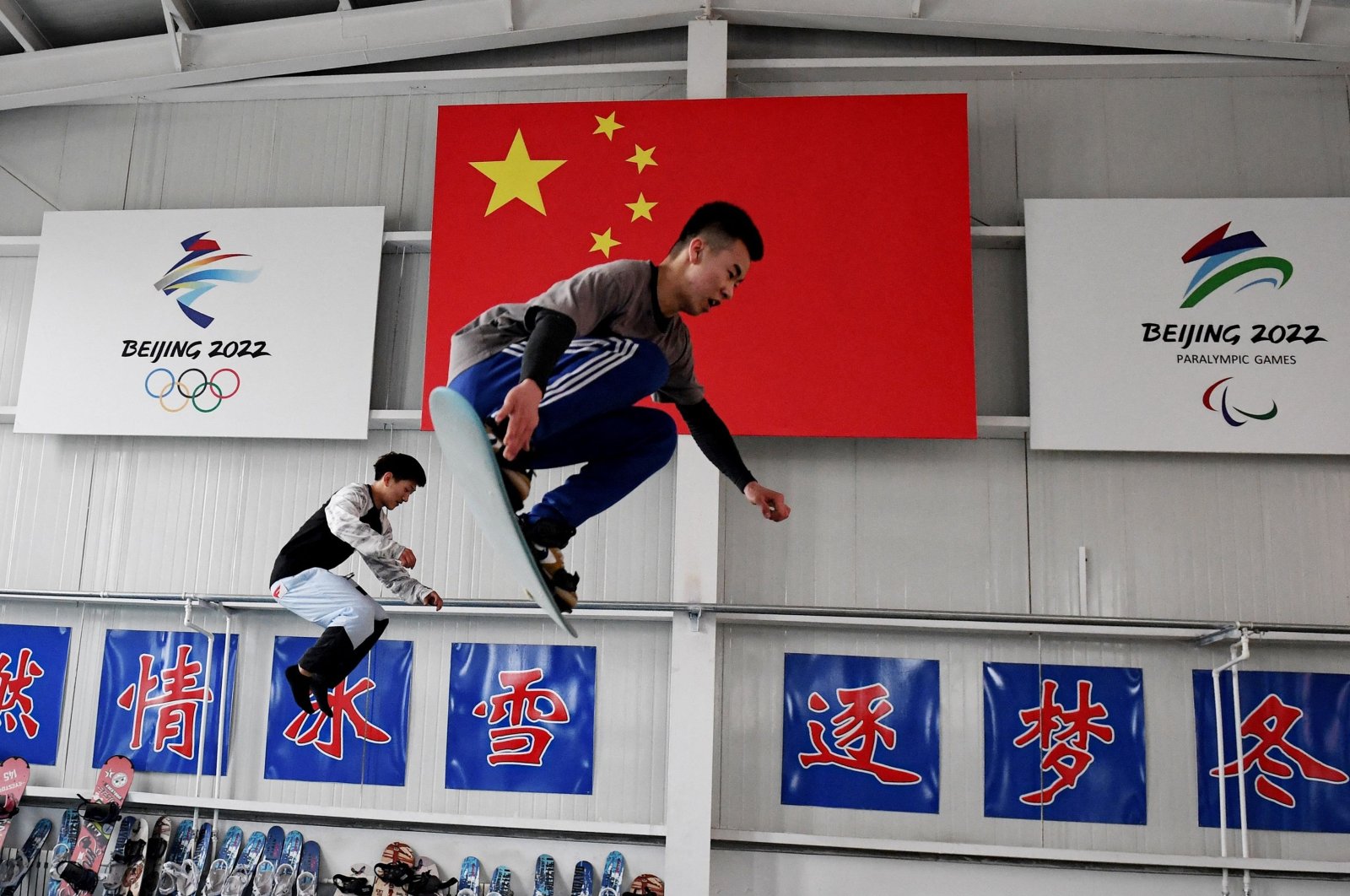 The Chinese capital in February will become the first host of a Summer and Winter Games and last week welcomed the Olympic flame with a low-key ceremony as the main event swings into view.

There was no sign of dissent in strictly controlled China, but the flame-lighting ceremony in Greece was disrupted by a small number of activists who brandished a Tibetan flag and a banner saying "no genocide."

Organizers have given no details about how they plan to mark the 100 days and any festivities look set to be small, with Chinese authorities rushing to stamp out a virus outbreak in their pursuit of a zero-cases policy.

This weekend's Beijing Marathon has been postponed and China earlier Monday reported 39 new domestic infections while urging people to avoid unnecessary travel outside the capital.

China, where the coronavirus emerged toward the end of 2019, has wrestled infections down with mass testing, aggressive lockdowns and by largely sealing its borders.

The 2022 Games, which take place just six months after the pandemic-delayed Tokyo Summer Olympics, will be held in a strict "closed-loop" bubble to thwart infections.

The estimated 2,900 athletes must be fully vaccinated or face 21 days' quarantine upon arrival in the Chinese capital.

Unlike the Tokyo Games, there will be spectators, but ticket sales are limited to people living in China.

The International Campaign for Tibet said that "the country is the wrong choice" to host the Olympics.

The Washington-headquartered group called for world leaders to stage a diplomatic boycott – in line with demands by other activists – but stopped short of demanding fully blacklisting the nation.

China's communist rulers have consistently railed against what they call the "politicization" of sport, and the International Olympic Committee (IOC) says that it is not within its remit "to go into a country and tell them what to do."

China's clampdown in the former British colony of Hong Kong and its treatment of mostly Muslim Uyghurs in the region of Xinjiang are also under scrutiny.

Rights groups say more than 1 million Uyghurs and other minorities in Xinjiang have been held in camps in recent years – with Washington describing their treatment as "genocide."

After initially denying the existence of the Xinjiang camps, China defended them as vocational training centers aimed at reducing "Islamic extremism."

If the 2008 Beijing Games were seen as China's coming-out party, the 2022 Olympics are part of a drive by authorities to get 300 million people – about a quarter of the country's population – into winter sports.

"Through the unique formats and methods with Chinese characteristics, we hope that people all over the world can experience China's vibrant sports culture and appreciate the enthusiasm of every Chinese person to participate in and support the Olympic Games," Wang Xiangyu, a senior 2022 official, said last week.

The Games – running from Feb. 4 to Feb. 20 – will make use of some of 2008's venues, including the "Bird's Nest" national stadium for the opening and closing ceremonies.