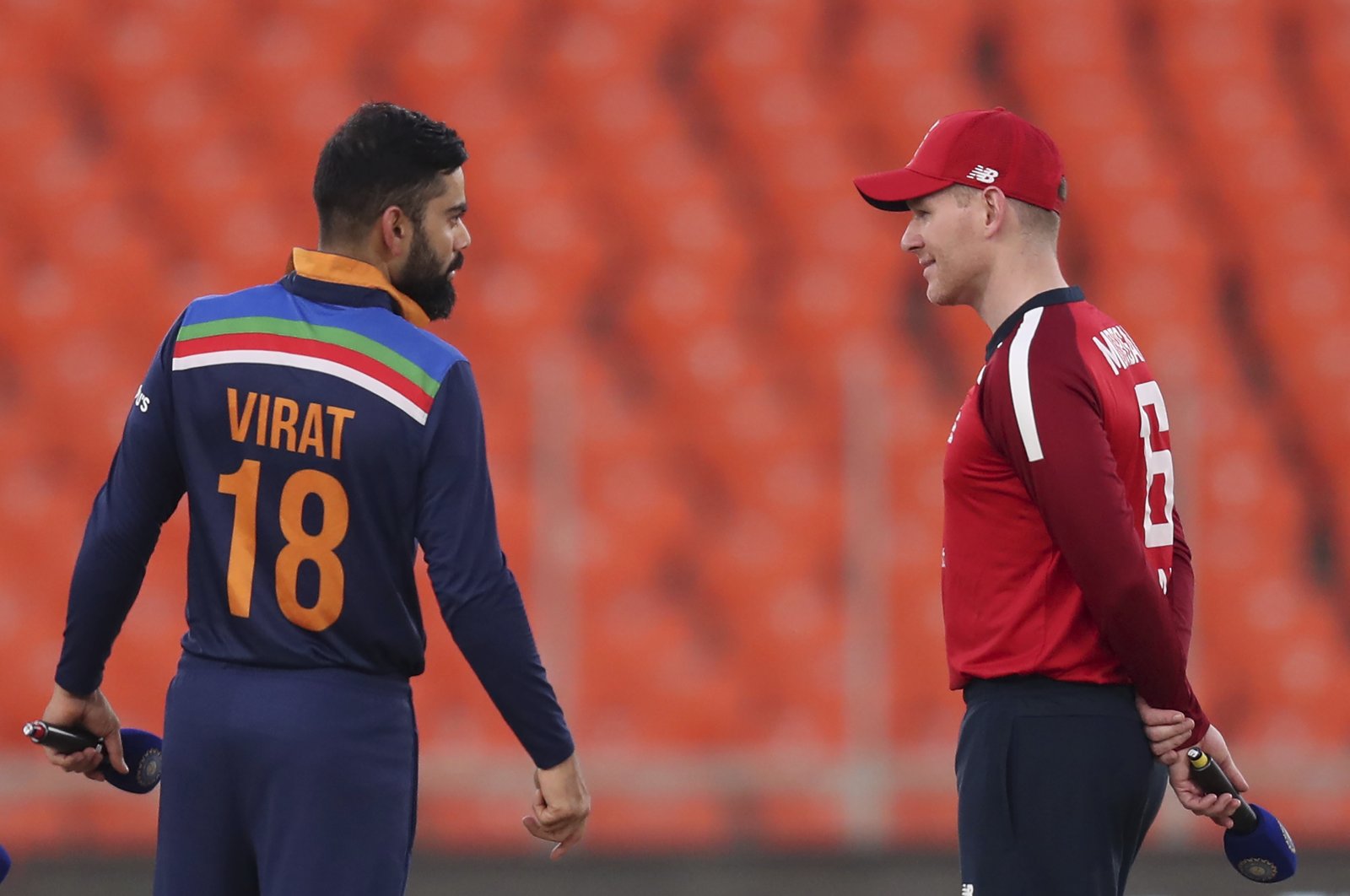 Favorites England and India will start their bid to set a Twenty20 cricket World Cup legacy as they look to keep each other at bay from claiming the title for the game's shortest form.

Five years after losing a heart-stopping T20 World Cup final to the West Indies, Eoin Morgan's England starts as a narrow favorite in its bid to become double world champions despite the absence of Ben Stokes.

Postponed and moved twice because of the pandemic, the tournament's seventh edition kicks off on Oct. 17 with Oman – joint hosts with the United Arab Emirates – taking on Papua New Guinea in a first qualifying round.

The top nations will join the event – played in stadiums 70% full – on Oct. 23 with Australia and South Africa playing the opener of the Super 12 stage and England up against holders West Indies.

England, ranked as the world's No. 1 nation in T20 cricket, beat New Zealand to win the 50-over title at Lord's in 2019, and victory in the shortest format's showpiece event will further cement their white-ball dominance.

Morgan's team will, however, be without Stokes and Jofra Archer, who played a key part in its one-day World Cup triumph, but vice-captain Jos Buttler insists the team is "certainly one of the favorite teams."

"I know we are missing Ben and Jofra, who are two superstars of the game, but I still look down that list and see some real match-winners in our side."

England had to defend 19 runs in the last over of the 2016 final at Kolkata's Eden Gardens, but Carlos Brathwaite hit Stokes for four straight sixes, giving the Caribbeans their second World T20 title.

Many of that winning team will be back, led by Kieron Pollard and old warhorses Dwayne Bravo, 38, and 42-year-old Chris Gayle.

Asian giant India will begin its campaign against archrival Pakistan on Oct. 24 with Kohli looking to go out with a bang before stepping down as captain of the T20 side after the tournament.

Kohli will look to repeat India's triumph in the inaugural tournament in 2007 with the then-skipper M. S. Dhoni joining the team as a mentor.

Swashbuckling opener Rohit Sharma is widely tipped to be Kohli's successor and will be key to the team's chances along with yorker king Jasprit Bumrah.

KL Rahul, meanwhile, hit the most sixes – 30 – in the Indian Premier League, which wraps up just before the T20 World Cup and has allowed many stars the chance to get used to the UAE pitches.

Glenn Maxwell, for example, scored 513 runs including six half-centuries in the world's most popular cricket league, a performance that will boost Australia's hopes of a maiden T20 title.

Australia's white-ball captain Aaron Finch said he and David Warner will open the batting despite his left-handed partner twice being dropped by Sunrisers Hyderabad in the IPL.

Trans-Tasman neighbors New Zealand, led by Kane Williamson, will also be eyeing two successive world crowns after it won the inaugural Test championship, beating India in the final in June.

"We're in a tough pool, I genuinely think there are six-seven teams that could win this tournament and I guess that's good for world cricket as well," said Kiwi coach Gary Stead.

South Africa and former champion Pakistan remain underdogs, while Sri Lanka and Bangladesh need to fight it out with associate nations to join the heavyweights in the Super 12s.

A few weeks after the country's takeover by the Taliban, the dream winners would be outsiders Afghanistan, all of whose players are based abroad.

The tournament was originally meant to take place in Australia at the end of 2020 but was called off because of the pandemic.

Then it was slated to happen in India and was finally moved to the Gulf, but with the Indian cricket board, the BCCI, still hosts.

The matches will be held across four venues – the Dubai International Stadium, the Sheikh Zayed Stadium in Abu Dhabi, the Sharjah Stadium and the Oman Cricket Academy Ground – with the final scheduled for Dubai on Nov. 14.