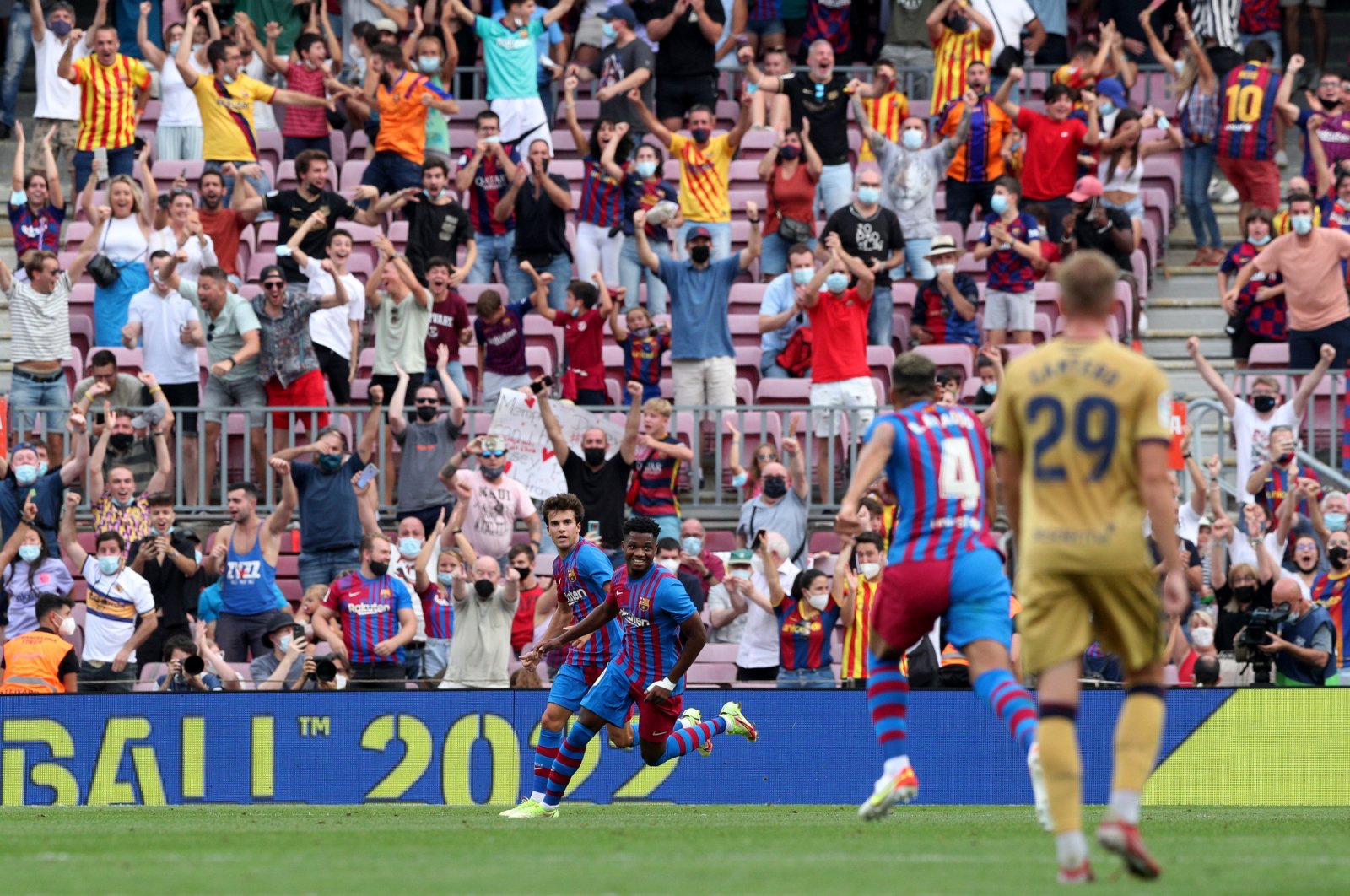 "As of Friday, the vast majority of capacity limitations will cease," regional President Pere Aragones told a press conference Tuesday.

"We will return to 100% capacity in cultural spaces, outdoor sports facilities and in bars and restaurants," Aragones said.

The limit had been 60% of capacity.

"After a year and a half with no games, then games in an empty stadium, then games with severe restrictions, the time has finally come when the Barca stadium can fill to capacity once again!" it said.

The decision is timely for struggling Barcelona, which has three games coming up in eight days at the 99,000-capacity Nou Camp.

The first game in a full Nou Camp will be Sunday against Valencia, which is above ninth-place Barcelona on goal difference in La Liga.

Next Wednesday, Barca hosts Dynamo Kyiv in a key Champions League game. Barcelona is at the bottom of its group without a point after two rounds.

On Oct. 24, Liga leader Real Madrid visits for the first Clasico of the season.

Barcelona President Joan Laporta had lobbied for the restrictions to be lifted.

"I would be grateful if they would give it another try because it is very damaging to us economically," he said on Sept. 29, after the Spanish central government removed its restrictions on stadium attendance but Catalonia and the Basque Country kept their limits.

The measure comes at a time when COVID-19 cases in Spain have dropped to their lowest level since July 2020.